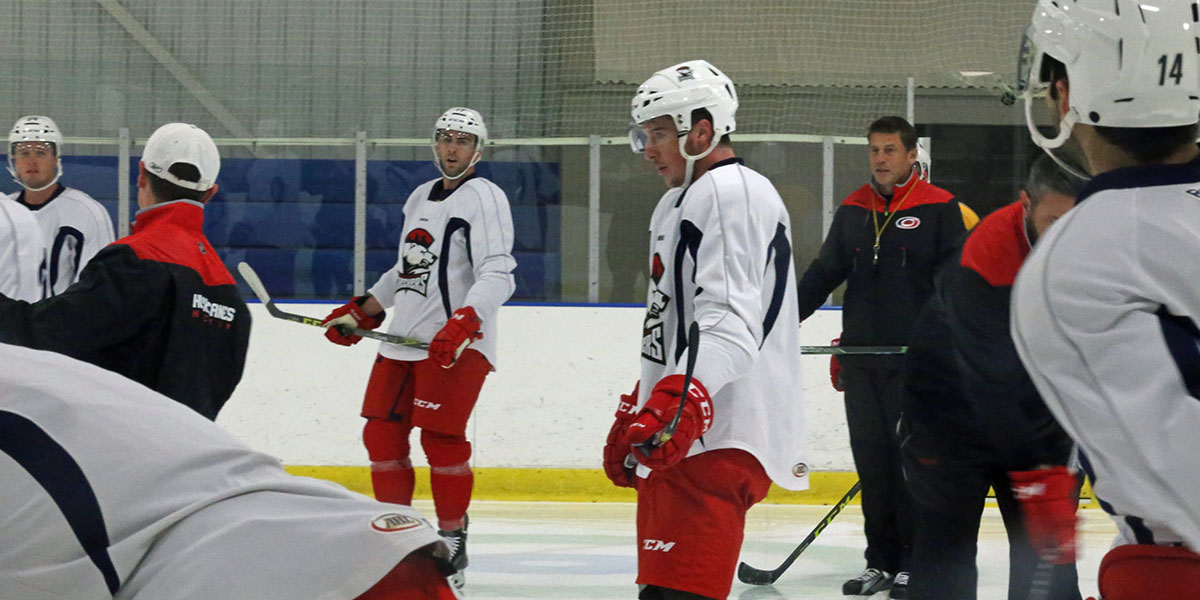 With the third day of training camp in the books, the Checkers coaching staff has gotten a chance to get familiar with an unfamiliar group.

The 16-man group is comprised mostly of players either on two-way AHL/ECHL contracts or tryouts who are trying to impress the coaches and earn a spot on the Checkers’ opening night roster. While it can be tough for the staff to get a read on a player in such a short time, the three on-ice sessions so far have started to make the picture a bit clearer.

“We’ve done some drills now where we can evaluate the players and get a good feel of what they can do for practice,” said head coach Ulf Samuelsson.

Even so, Samuelsson acknowledges the difficulty of drawing conclusions solely off of a practice, which he calls “a different animal than a game.”

The opportunity to show their worth in game situations is coming up shortly, as the team is slated to travel to Lehigh Valley for a pair of preseason games on Friday and Saturday. Things are going to get more crowded by then, however.

Five players – forwards Brendan Woods and Brody Sutter, defensemen Keegan Lowe and Matt Tennyson and goalie Michael Leighton – are set to join the Checkers tomorrow pending their clearing waivers at noon, with possibly even more cuts coming before Friday’s contest. That doesn’t leave much time for those new additions to get acclimated, but Samuelsson isn’t worried.

“They’re familiar with the way that we want to play,” he said. “It’s what they’re teaching throughout the camp.”

With the preseason games quickly approaching, Samuelsson has a basic grasp on what he’ll being paying attention to the most.

“It’s just a matter of looking at chemistry this weekend and seeing who’s playing well with who and start looking at some power play and penalty kill units,” said Samuelsson.

Exactly what players he’ll be looking at, however, remains to be seen.