Cole Schwindt Named AHL Rookie of the Month For December 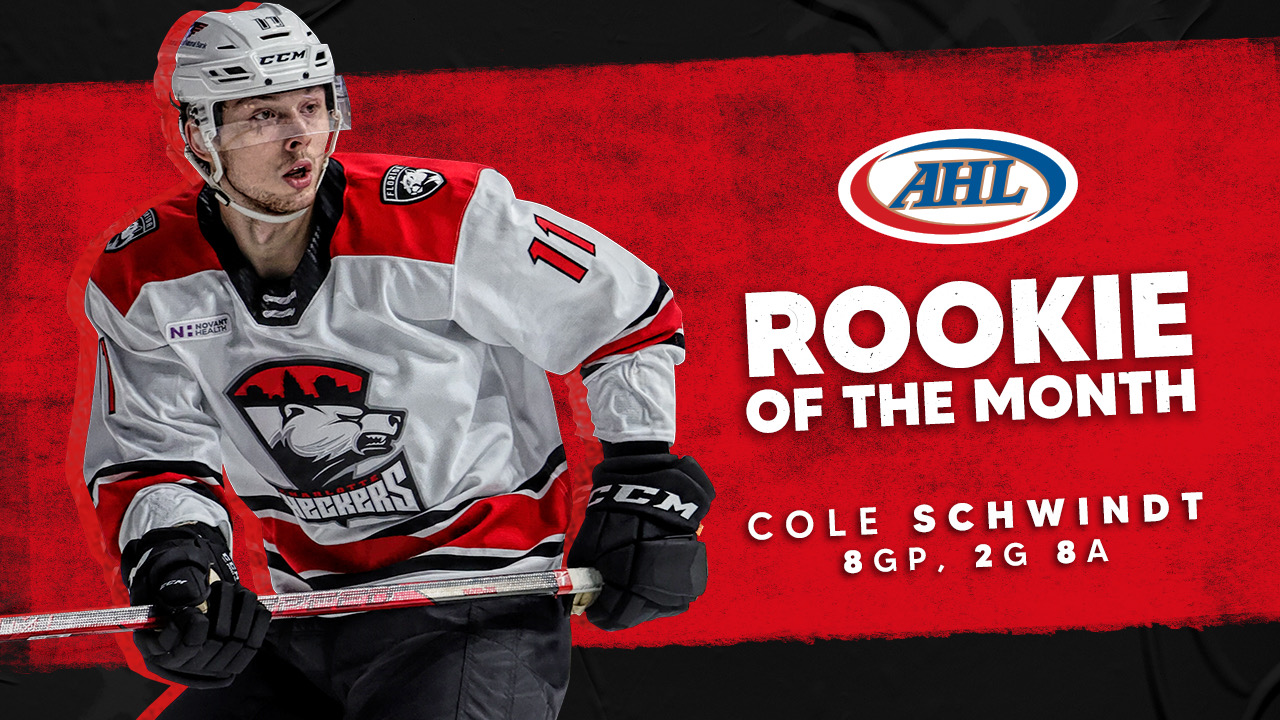 Cole Schwindt came up big in December, and his strong play has earned him AHL Rookie of the Month honors.

The 20-year-old notched 10 points (2g, 8a) in eight games during December, tying for the league rookie lead over that stretch while doing it in the fewest number of games.

Schwindt - a third-round pick by Florida in 2019 - was a consistent force for a Checkers squad that went 6-2-0-0 during the month of December, as he found the scoresheet in seven of Charlotte’s eight games.

In addition to his success at the AHL level, Scwhindt earned his first call up to Florida and made his NHL debut for the Panthers on Dec. 16 against the Kings.

Schwindt is the third player in franchise history to earn the AHL Rookie of the Month award, joining Janne Kuokkanen in 2017-18 and Lucas Wallmark in 2016-17. He is also the sixth different Checkers player to earn one of the league’s monthly awards.