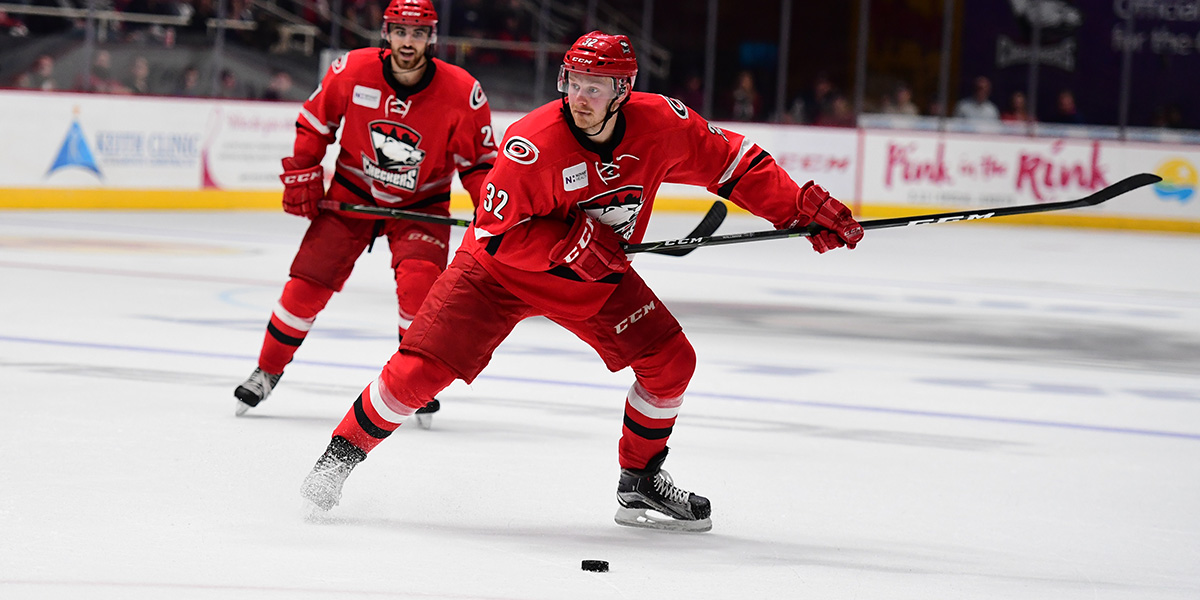 Lucas Wallmark was one of the biggest successes on the Checkers this season, setting franchise records while establishing himself as a top rookie in the league.

But it wasn’t all smooth sailing for the young forward.

“It was kind of a tough start, with a new country, new league, new teammates,” said Wallmark. “Everything was new for me.”

After a breakout year in his home country’s top league in 2015-16, the 21-year-old Swede made the jump to North America, settling in as a top center for the Checkers. But the new continent brought new challenges, and Wallmark’s self-proclaimed tough start saw him notch five goals and 13 points in the first 28 games of the season.

“When I first came here I didn’t take pucks to the net like I could,” he said.

“He came in a little too careful,” said head coach Ulf Samuelsson. “He wanted to make sure he didn’t make any mistakes.”

As the team reached a low point around the Christmas break, sinking to last in the league, a quick piece of advice helped flip a switch for Wallmark.

“I had a meeting with Ulf and he said I have a lot of skill and told me to shoot more out there,” said Wallmark. “I started shooting more and the goals came and when you’re scoring you always want to do it more. It was pretty simple.”

With a new mindset locked and loaded, the forward’s high-end talent rose to the top, as Wallmark racked up 19 goals and 33 points over the next 39 contests, pushing his way into a battle for the AHL’s rookie goals race.

“His biggest improvement was in his offensive contributions,” said Samuelsson. “As he got more comfortable he wasn’t afraid to take the puck to the net and make some hard plays. That’s when he started getting rewarded with points.”

Wallmark’s newfound attack, spearheaded by a deadly release that saw him fire home more than a few goals from the high slot, not only helped propel the Checkers back to life, it caught the attention of the brass up in Raleigh.

The fourth-round selection from 2014 made his NHL debut in mid-March, impressing enough up top to log eight games in his first year as a pro in North America.

“That helped me a lot,” said Wallmark of his NHL stint. “You get more confidence and you want to work a little harder every day.”

Wallmark had high praise for the coaching staff for helping him acclimate to North America, with the added bonus of his childhood friend Erik Karlsson giving him some pointers.

“It was really good for me,” said Wallmark of having several fellow Swedes on the team. “I like both Ulf and Peter, they’re good coaches and they helped me a lot. I think they should be proud of themselves.”

After a year of torching goalies in the AHL, next on Wallmark’s radar is securing a spot on the NHL roster come next season, though he knows there’s more to build on even after a successful rookie campaign.

“I’m still young but I want to be stronger and bigger,” said Wallmark. “Maybe a little quicker too. I’m going to keep working and be ready for camp. But first a little rest”