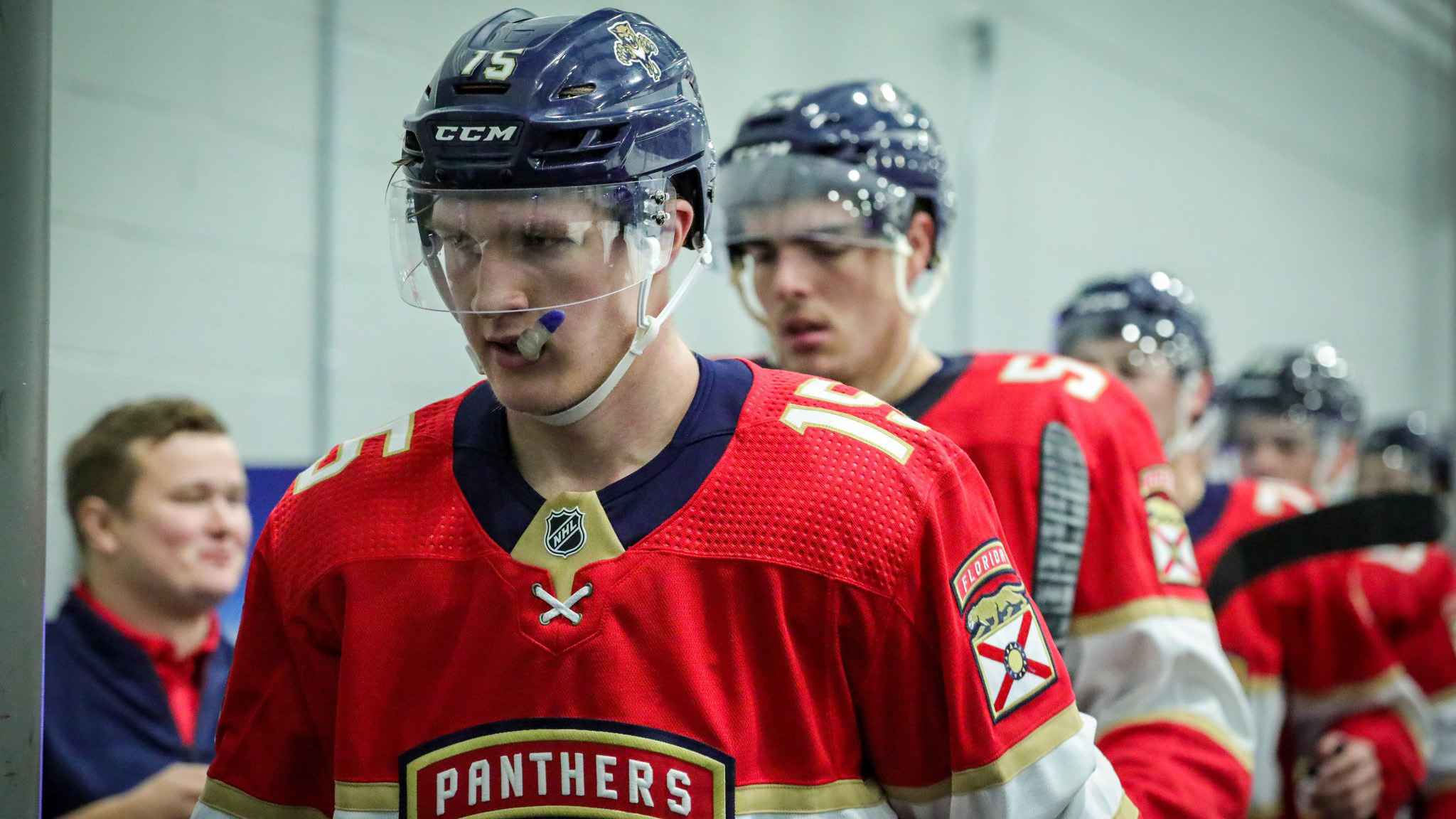 The lead-up to Charlotte’s long-awaited return to the ice has officially begun.

After holding its development camp earlier in September, Florida took part in the Prospect Showcase Tournament over the past four days, squaring off against Nashville, Carolina and Tampa Bay.

The Panthers went 1-2-0 over the slate of games, but the importance of wins and losses in these tournaments is far outweighed by simply getting prospects into game situations ahead of training camp. It also provided a first glimpse of some faces that could be coming to Bojangles Coliseum this season.

Here are four takeaways from Florida’s run in the Prospect Showcase Tournament.

Headlining the Panthers’ roster for the tournament were a trio of first-round picks in Grigori Denisenko, Spencer Knight and Anton Lundell. Each come into this season at a different point in their career. Denisenko, the 15th pick in 2018, moved from the KHL to North America last season and made strong appearances in both the AHL and NHL. Knight, the 13th pick in 2019, jumped onto the Panthers at the conclusion of his college career and turned heads with his strong play at the end of the regular season and into the playoffs. Lundell, the 12th pick in 2020, is making the jump to North America after three seasons in Finland’s top league.

Lundell centered Florida’s top line with Denisenko on his left wing for the first two games before exiting the lineup for Tuesday’s finale, and they each notched a pair of points - Denisenko with a goal and an assist and Lundell with two helpers. Knight saw plenty of action between the pipes, getting the starting nod for games one and three and earning praise for his performance.

All three head into training camp pushing hard for a spot on the Panthers' stacked roster, but if any spend some time in Charlotte the Checkers would be receiving an immediately impactful player.

GOAL - Denisenko puts the #FlaPanthers up 2-1 on the PP.

Pacing the Panthers offensively was Logan Hutsko, who racked up five points (3g, 2a) in the three games. The 22-year-old slotted next to Denisenko and Lundell on Florida’s top line in the win over Nashville and the trio combined for three goals and two assists, a performance that impressed the coaching staff.

While stats aren’t necessarily the most important or telling thing to draw conclusions from in these prospect showcases, seeing an older player like Hutsko stand out as the best player on the ice is a positive sign that he can build on his impressive college career at the next level.

"He's a fun player to watch," Checkers Head Coach Geordie Kinnear told the Panthers' official website following the tournament. "You can see his creativity, his skill when he gets his opportunities. He scored some big goals and allowed us to come back. He had a good showing."

Wingers Henry Bowlby and Serron Noel found themselves lining up alongside each other for each game during the tournament and seemed to feed off of each other offensively, posting four points (3g, 1a) and three points (2g, 1a), respectively.

"I played with Noelsy a little bit last year, so it was good playing with him," Bowlby told Panthers media. "I thought our line was playing pretty well [all tournament], and I was just the beneficiary of that."

Both Bowlby and Noel have had a taste of the pro game, suiting up for Syracuse last season and making an impact offensively for the Crunch. That familiarity, not only with each other but with the pro game, can go a long way as they embark on year two.

Aside from the big-name prospects, these tournaments provide a great chance for camp invitees to make a splash and garner attention, and that’s exactly what Karch Bachman and Justin Nachbaur did.

Bachman, who was a fifth-round pick by Florida in 2015, spent last season in the ECHL before inking an AHL deal with the Checkers in the offseason. The 24-year-old picked up one assist in the two games he played, and getting this extended run up to his second pro season can be a big asset for the forward as he looks to crack Charlotte’s lineup.

Nachbaur earned his invite fresh out of juniors, having wrapped up a four-year career with Prince Albert, and came through with four points (1g, 3a) in three games - along with the Panthers’ lone fight of the tourney. While he is not currently under contract anywhere, the 21-year-old made an impression on Kinnear with his play, something that can always work in his favor should the Checkers be in need of forward depth at some point.

“Last game he caught my eye a couple times," Kinnear said of Nachbaur told Panthers media after Florida’s win over Nashville. "He had an intent to be physical and play to his identity. I thought he needed to get rewarded and to get to the net-front on the power play. He did a great job there. You earn what you get, and he earned it. He was in the blue paint and made a lot of nice little passes for goals. When someone earns something, you need to give it to them as a coach."

The road to the Checkers’ return continues on, as the Panthers will roll from development camp into their main training camp, which will in turn lead to a stream of players being assigned to Charlotte. The Checkers’ other affiliate for the season, the Seattle Kraken, begin their training camp Thursday. 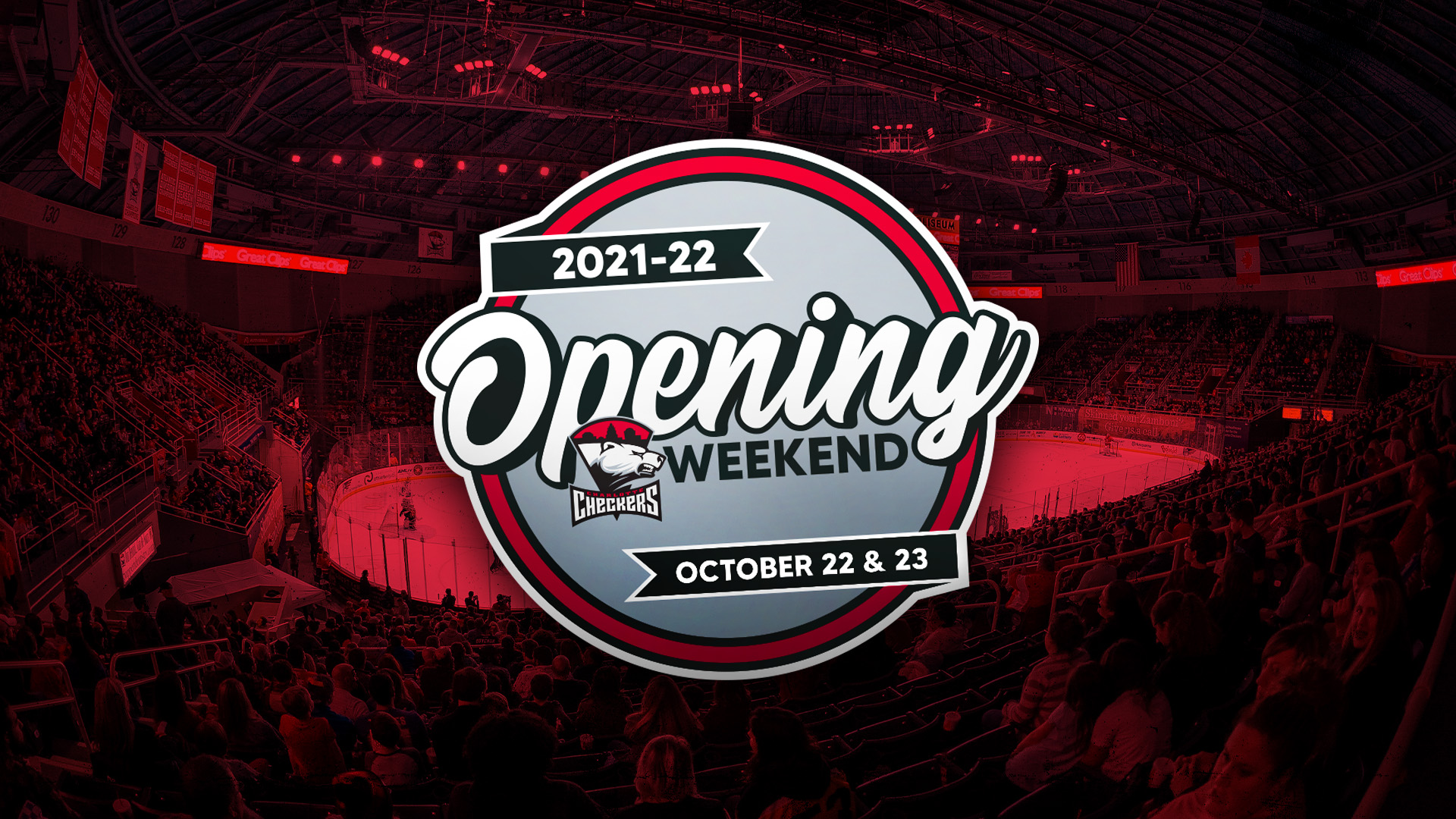 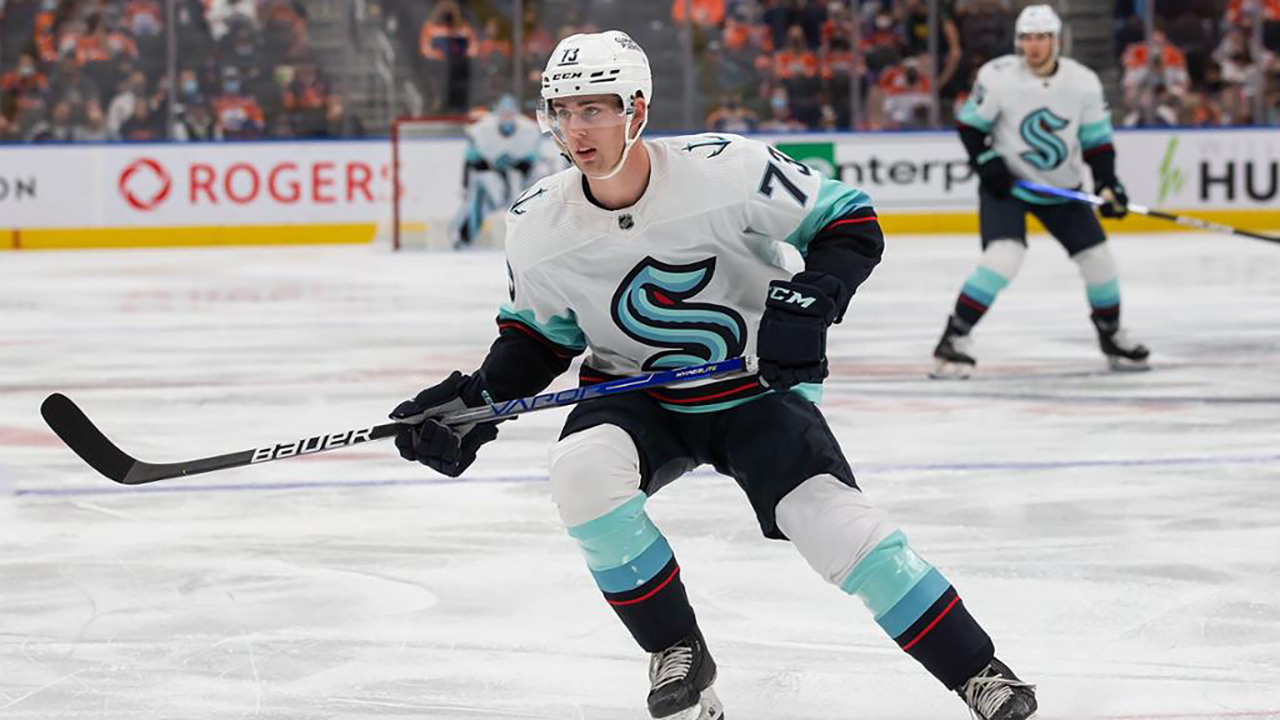 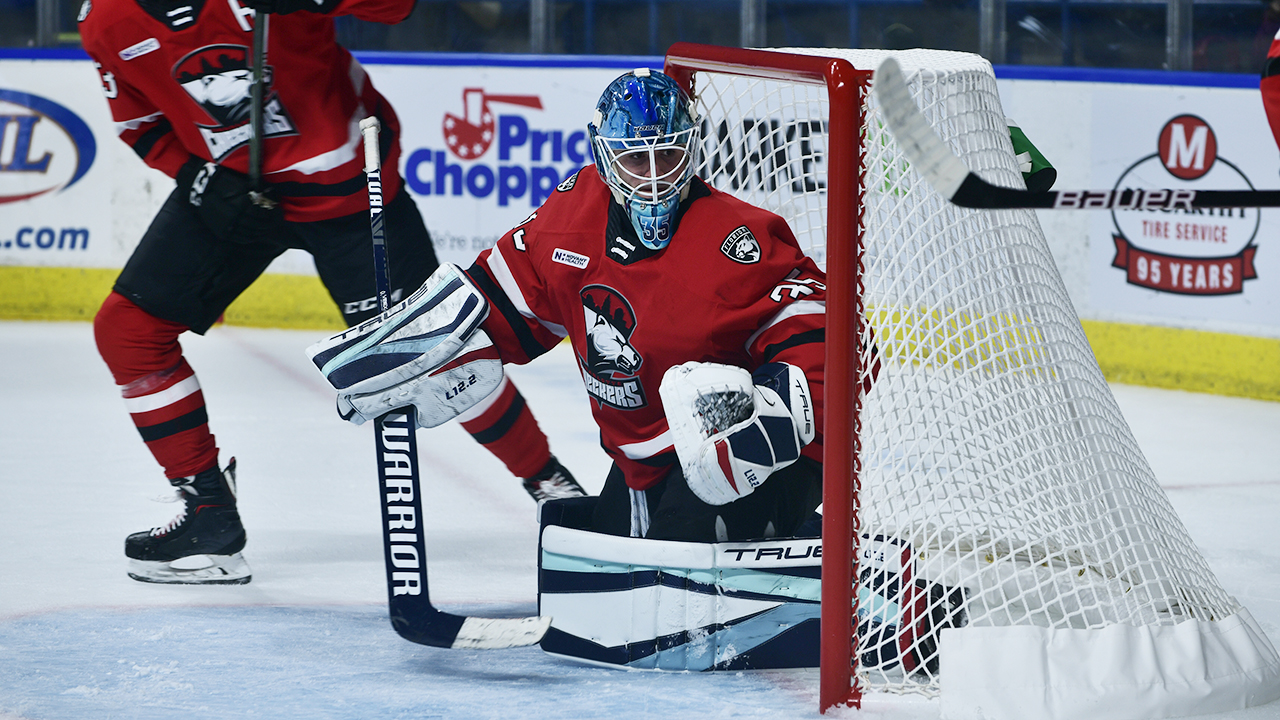 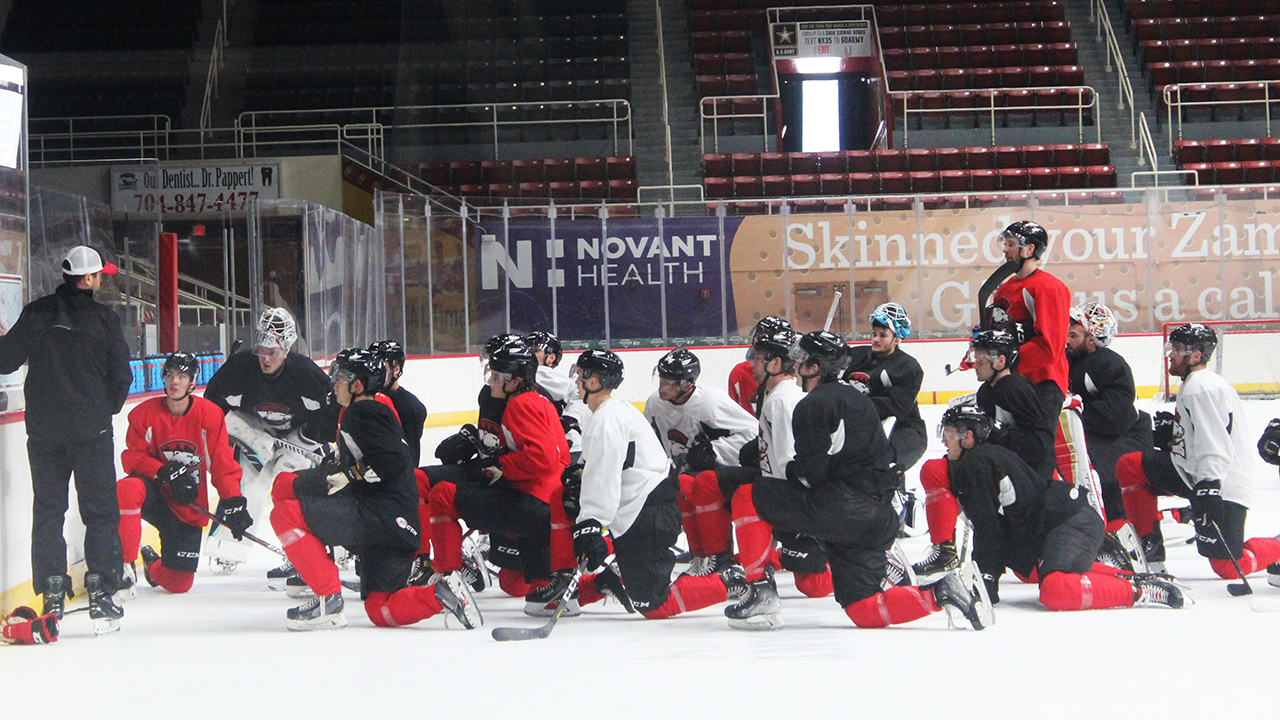 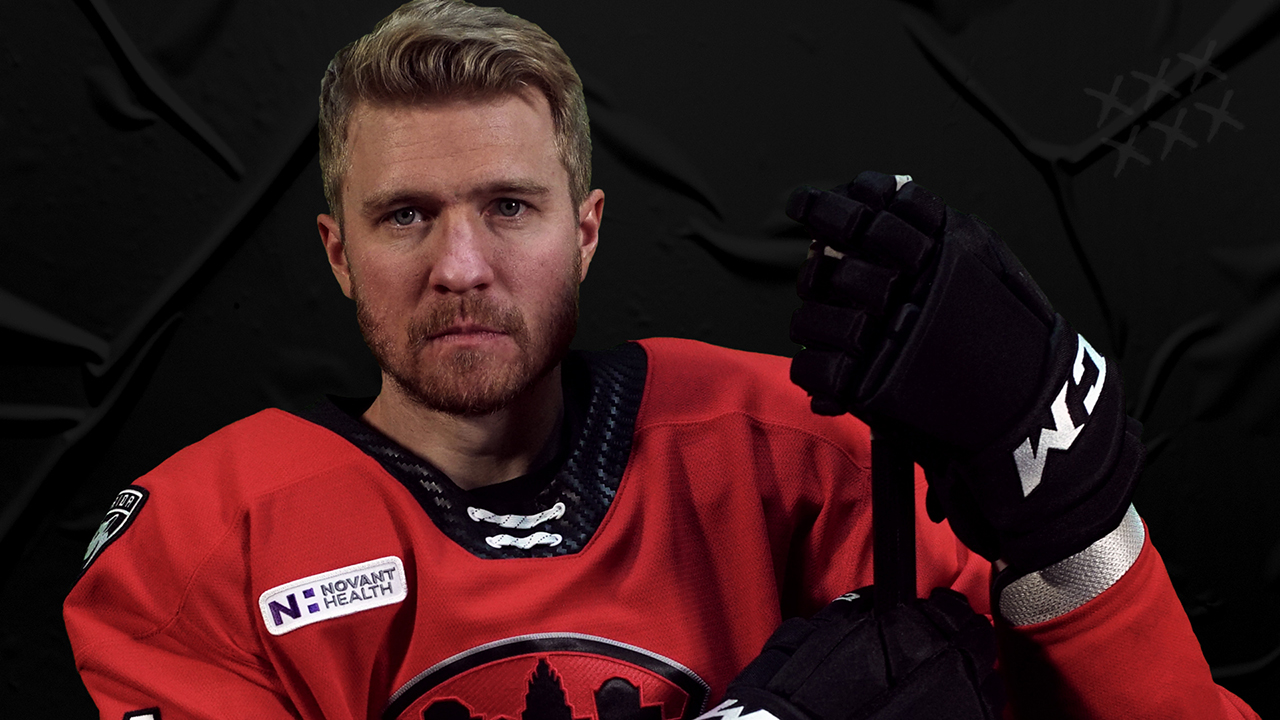