It was a week of sweeps for the Checkers, as they broke their winless skid with a pair of wins over the Moose but followed it up with a tough two losses to the Griffins over the weekend.

The Checkers head back out on the road for a pair of games in Cleveland before the holiday break.

The Checkers were finally able to shake their winless streak as they returned home to face the Manitoba Moose. The visitors were able to find the back of the net first, but two goals within a minute of each other late in the second gave the Checkers a one-goal advantage heading into the final period. Haydn Fleury lit the lamp for his second goal of the game on a man advantage early in the third and that would be enough. The Moose would add one more, but an empty netter by Patrick Brown sealed the Checkers win. Full recap

It took a little bit longer, but the Checkers were able to keep their winning ways going and sweep the Moose the next night. After a scoreless first, both teams exploded in the middle frame, trading goals until Andrew Poturalski drew things even in the final minute of the second. That would be the end of the scoring in regulation, however, and the game proceeded to overtime. The Checkers wasted no time wrapping things up in the extra frame, as Phil Di Giuseppe blew past a Moose defender and ripped a shot top shelf for his second tally of the contest. Full recap

The Checkers’ momentum came to a screeching halt against the Griffins, who returned to Charlotte for the first time since being swept during the Checkers’ opening weekend. Grand Rapids erupted for three straight goals in the first before Valentin Zykov lit the lamp, putting the home team on the board and triggering the annual Teddy Bear Toss. But the Griffins weren’t done scoring, as they tacked on a shorthanded goal late in the frame to put the Checkers in a 4-1 hole after just 20 minutes of play. The Checkers couldn’t muster up any spark for a comeback, and the Griffins would add a goal in the second and third to run away with a 6-1 victory. Full recap

The Checkers were able to bounce back in the following day’s rematch, but couldn’t quite find a way to take down the Griffins. After Grand Rapids took a 1-0 lead in the first with a power-play tally, Levko Koper evened the score with a slick goal of his own. The Griffins would answer back before the end of the second, though, as Kyle Criscuolo fired a wrister from the slot that beat Alex Nedeljkovic high. Despite a solid offensive push, the Checkers would be unable to erase that deficit, and a late empty netter would seal the Griffins’ weekend sweep. Full recap 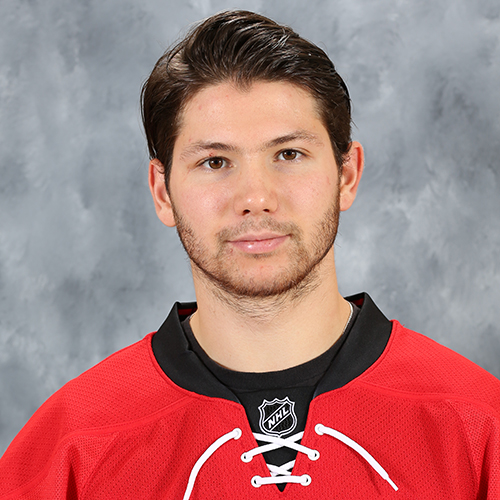 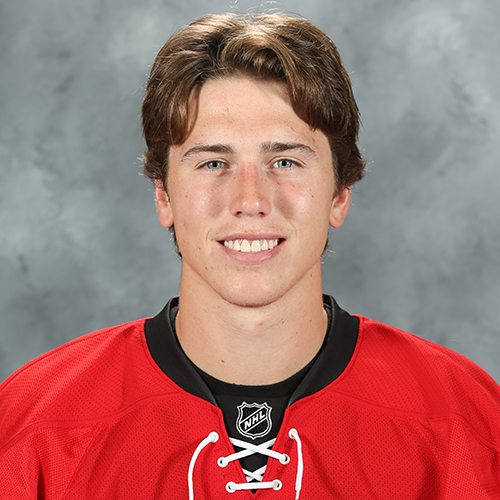 The Checkers have allowed four goals in a period three times this season, all of which occurred in first periods. The opening frame has been the toughest for the Checkers from a statistical perspective, as the team owns a -20 goal differential for the season. Conversely, it is -1 in the second and +6 in the third. Only Rochester (43 in second periods) has allowed more goals in any period than the Checkers’ 40 allowed in their firsts.

Wednesday against Manitoba, the Checkers found themselves in overtime for the fourth time overall this season, the second time in their last four games and the third time in the last 10. With Phil Di Giuseppe’s game winner, Charlotte is now 2-2 in extra frames this season.

In all four overtime games the Checkers have played this season, the final score was 3-2. Charlotte has yet to head to a shootout this year. 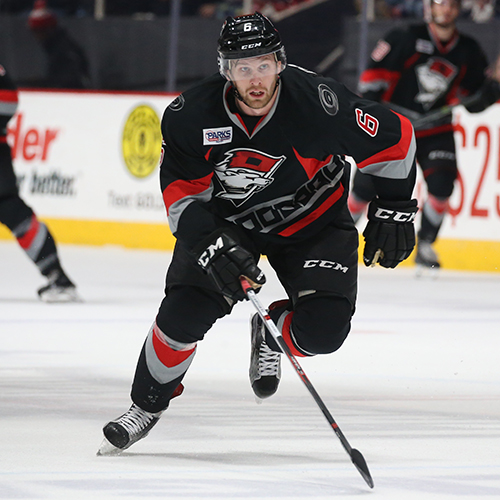 The Checkers have used three goaltenders – Daniel Altshuller, Michael Leighton and Alex Nedeljkovic – in their last four games, and have not started the same goaltender in consecutive games since Nedeljkovic got back-to-back starts on Dec. 3-7. Including Saturday’s contest, the Checkers have switched goaltenders in-game four times this season, two of which have occurred in the team’s last five outings.

Leighton, who is currently on NHL duty with Carolina, is responsible for seven of the team’s 11 victories this season and ranks fourth in the AHL with a 1.80 goals-against average and .933 save percentage.

SHORTY ON THE BOARD

Louis-Marc Aubry’s goal for Grand Rapids Saturday night marked the first shorthanded goal allowed by the Checkers all season. Charlotte entered that contest as one of just three AHL teams that had yet to allow a shorthanded goal, a club now just counts Wilkes-Barre/Scranton and Providence as its members.

After seemingly breaking out of their slump with seven goals in two games against the Moose, the Checkers fell back into their offense-starved ways over the weekend.

Against the Griffins, Charlotte failed to record two or more goals for the 17th and 18th times this season, moving to a 1-15-2 record in those situations.

On the flip side, the Checkers are a perfect 10-0-0 when breaking past that threshold.

A DECEMBER TO FORGET

With three games left on the Checkers’ slate before the end of 2016, they are guaranteed to have a record below .500 during the month of December for just the second time in franchise history. It will also stand as the first month this season they have finished below that mark.

Returning from an injury that sidelined him for the entire duration of the team’s two-week road trip through California, Haydn Fleury had the best offensive night of his young career Tuesday against Manitoba. The rookie blue liner lit the lamp twice for the first multi-goal game of his career in the Checkers’ victory. He followed that up with a helper in Saturday’s loss to Grand Rapids, giving him three points in his first four games back from injury.

After a bit of a slow start that saw him record seven points through the first 21 games of the season, Sergey Tolchinsky has broken out offensively. The second-year forward has now put up six points over the last seven contests to climb into a tie for second on the team in scoring.