In The Trapezoid With TJ - Tough Roadie 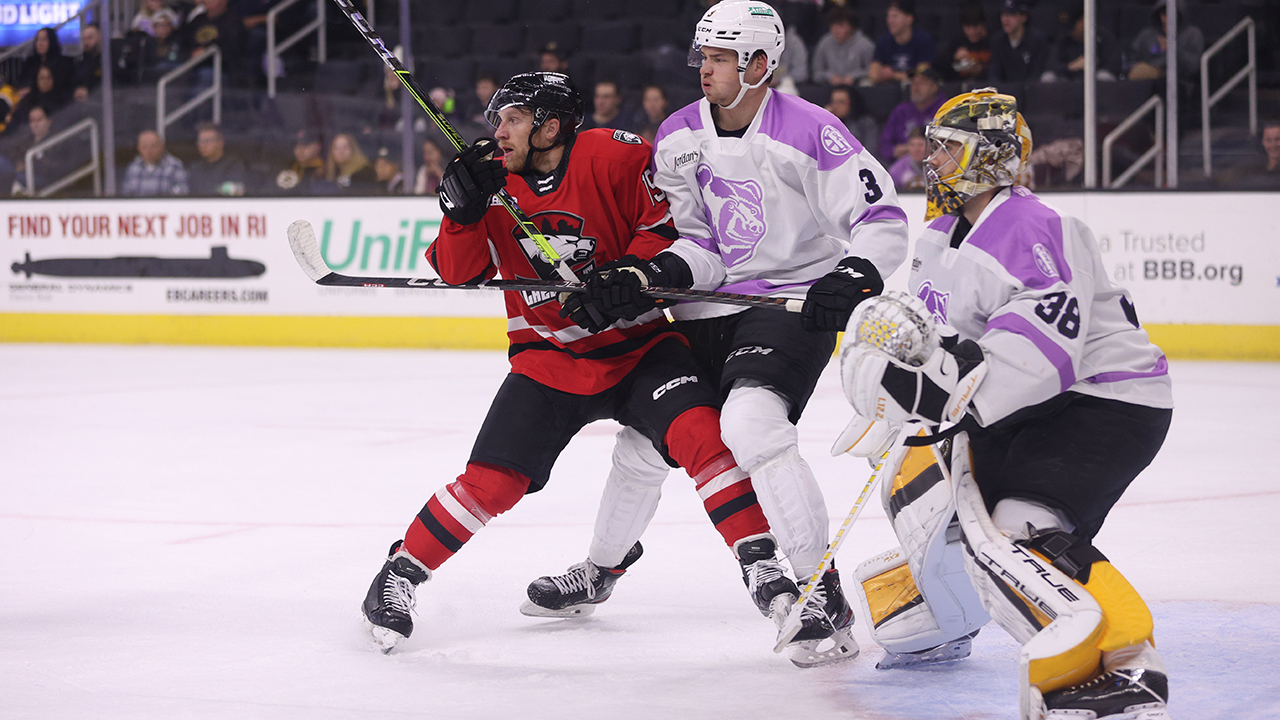 During the season, Checkers broadcaster TJ Chillot checks in with a weekly blog highlighting everything Checkers hockey. Following the Checkers’ first three road games of the season, they’re returning to Bojangles Coliseum this weekend for a pair of games against the Syracuse Crunch! Let’s revisit the roadie and talk about what to expect this weekend.

After winning four games at home to start the season, the Checkers struggled a bit on their three-game road trip to New England. They managed to earn points in two of the three games, but ultimately they dropped all three of their contests. Each loss came in a different fashion but at the end of the day, the Checkers have earned at least a point in six of their first seven games and that’s certainly encouraging.

I wanted to take a moment and talk about Justin Sourdif. As one of the up-and-comers within this Checkers/Panthers organization, he’s quietly made an impact on the score sheet and in a very unflashy manner. Though he hasn’t netted his first professional goal just yet (that’s coming, don’t worry), Sourdif has four assists in his last four games played. That’s the longest active points streak on the team. Sourdif was a third-round selection by the Panthers in 2020 and has a nose for the puck - he’s constantly around the net and finding ways to get involved. This hard work has him quietly creeping up the team’s scoring list.

A Lot Of Extra Hockey

We saw two of the Checkers first four games go into overtime, and that trend followed them to New England. Through their first seven games of the season, the Checkers have played in four overtime contests. For comparison’s sake, Charlotte played in 12 overtime/shootout games last season in 72 games, and they’re at a third of that number in the first three weeks of the season.

Through seven games this season, the Checkers boast three players averaging a point-per-game scoring pace. One of them is Lucas Carlsson who has two points in two games played before his call-up to the Florida Panthers, but if you remove him from the list that still leaves Riley Nash with seven points (2g, 5a) in seven games, and Zac Dalpe with five points (3g, 2a) in five games played.

One thing I’d like to see improve is the scoring touch on the blue line. I know, it seems nit-picky, but it’s early in the season and I feel like I’m allowed to be. Through their first seven games of the season the Checkers have only seen two goals scored by defensemen, and one of them was an empty netter. On paper, Charlotte is chock-full of great puck-moving d-men, and I’d love to see them start to reap the rewards of their skill sets. That said, I realize that scoring goals is a secondary concern for their position - the first being defenders - but considering the team is in the bottom half of the division in Goals For, it wouldn’t be a bad thing to see some.

Logan Hutsko seems to be back in his expected form after registering six points in his last four games. It’s almost as if someone hit a switch. Not only did he post up a two-goal night against Hershey back on Oct. 22, but his last-minute equalizer against Providence on Friday directly lead to overtime and a point in the standings for the Checkers. He’s also getting helpers which, of course, show that his head is up and he’s looking to make plays just as much as he’s looking to find the back of the net.

Speaking of Syracuse, for the first time this season the Checkers will play an out-of-division opponent when the Crunch arrive on Friday. This is a sneaky-good team despite their 1-3-1-2 record and will certainly be a good test for the Checkers, who aim to win five and six straight at home to start the season. The Crunch have a great mix of returners like Darren Raddysh, Simon Ryfors, and Alex Barre-Boulet - the trio all sitting in the top-five in scoring for the Crunch. On the other hand, they made some great moves in the off-season to bring in contributors such as Felix Robert, formerly of the Wilkes-Barre/Scranton Penguins and currently second in scoring on the Crunch roster. You’ll recognize one face on the ice this weekend, Trevor Carrick, who makes his return to the Queen City for the first time since departing after hoisting the Calder Cup with Charlotte in 2018-19. Since he last played for the Checkers, Carrick skated on the west coast with the San Jose Barracuda and San Diego Gulls. In his return to the Eastern Conference, Carrick has three points in five games played for the Crunch this season.

Another fun set of games scheduled for Bojangles Coliseum this weekend! On Friday night, it’s Jersey Night presented by Skyline Veterinary Specialists and we’re continuing our school drive! Fans who donate 10+ school supplies on Friday will receive a voucher for our game on Dec. 2. Then on Saturday it’s Mountains Night presented by World Travel Mates! Ticket packages are available now and include admission to the game and a Checkers branded bucket hat for only $33! Can’t wait to see you all at the Boplex!

It’s going to be a fantastic weekend at the Boplex, get your tickets today! Looking forward to chatting next week with another In the Trapezoid with TJ! Like the article? Think I’m way off base? Let me know! Follow me on Twitter or send me an email. Let’s keep the chat going!