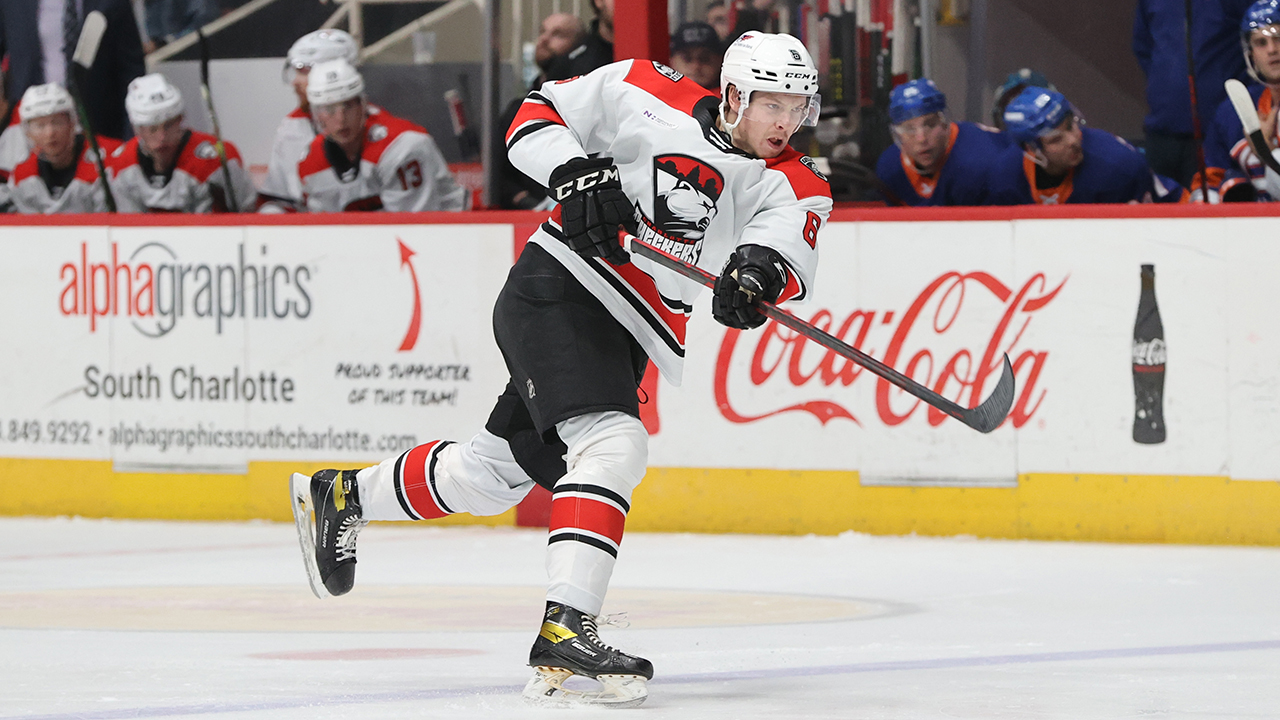 Max Gildon broke out in 2020-21, posting 19 points in 32 games for Bakersfield during the pandemic-shortened season (of which the Checkers, among other teams, opted out) and earning a spot on the AHL’s All-Rookie Team.

His attempt at a follow up in year two would fall short, however, as an injury ended the young blue liner’s season in December.

“It was a lower-body injury,” said Gildon. “It kept me sidelined for a while.”

As he worked through the healing and rehab process, Gildon remained a presence around the rink. While he wasn’t able to take the ice with his team, he made a point to continue to grow with the group and soak in all the lessons he could.

“For me as a younger guy, it’s awesome to see Zac Dalpe and Connor Carrick really lead the way,” he said. “I learned a lot just from observing. Obviously I would have loved to have been out there on the ice, but you can’t control things all the time. It was great to learn from them.”

As far as his journey back, Gildon had yet to resume skating by the end of the Checkers’ season - but progress was being made.

“It’s going well,” said Gildon of his recovery process. “I’m looking to get back on the ice here soon and have a good offseason and really hit the ground running at the start of next year.”

Gildon - who posted five points in 22 games before getting hurt - now faces a critical summer as he looks to not only work his way back onto the ice, but back to the high level of output he displayed as a rookie.

“Getting healthy for me is the first priority,” said Gildon. “After that just rebuilding my game and figuring out the details that make me successful and just executing when I get to camp.”