Joey Daccord Named AHL Goaltender of the Month for March 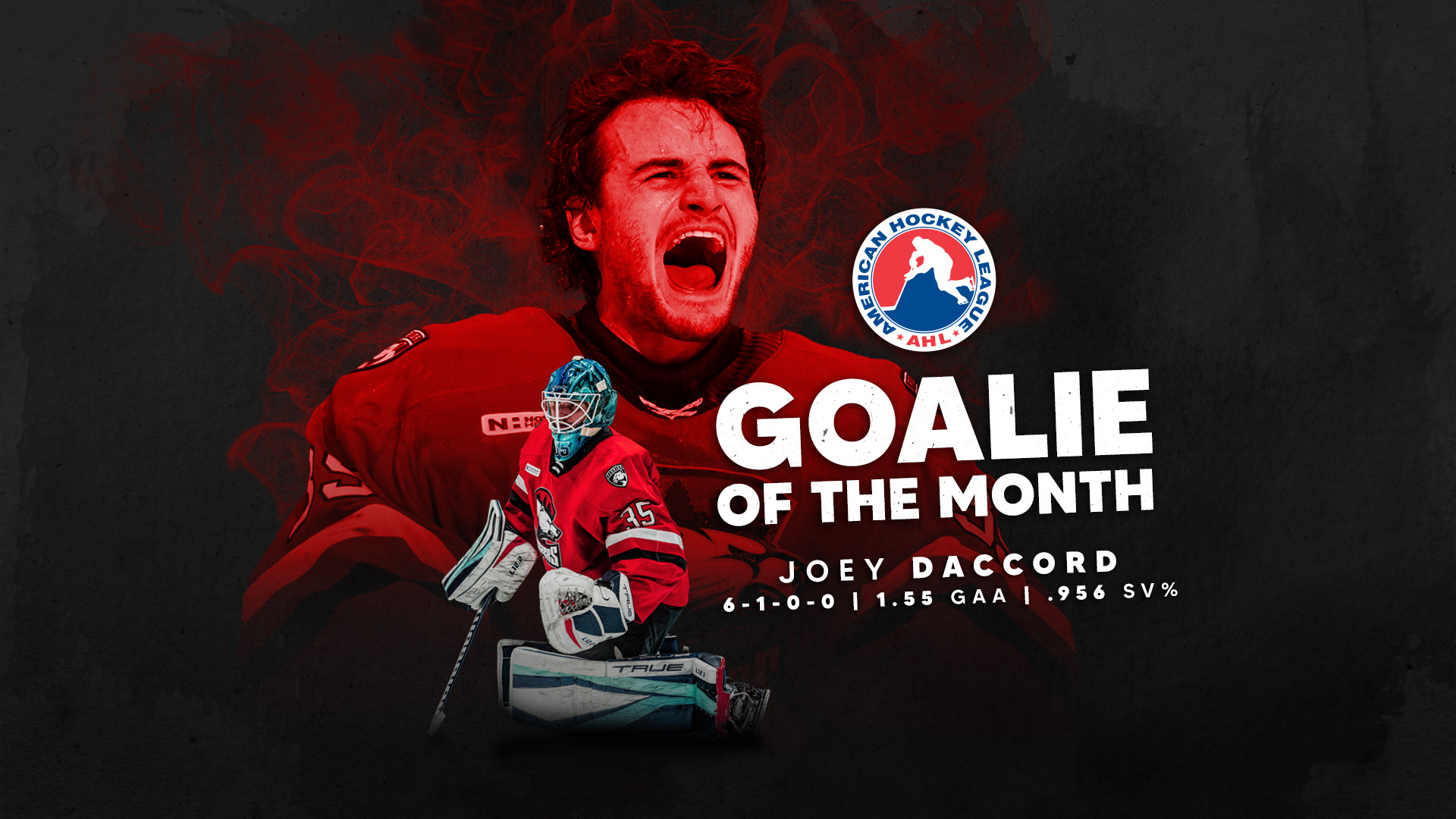 After a stellar month of March, Joey Daccord has been named the AHL’s Goaltender of the Month.

Daccord played seven games during the month of March, going 6-1-0-0 with a 1.55 goals-against average and a .956 save percentage.

Five of the contests saw the netminder make over 30 saves, including a career-best 44 stops in a win over Springfield on March 11. Daccord also came up big in two shootout games against Providence on March 25 and 27, stopping eight of the Bruins’ 10 attempts and picking up both victories for Charlotte.

So far this season Daccord is 15-10-2 for Charlotte while sitting tied for second in the AHL in save percentage (.926) and sixth in goals-against average (2.33).

This marks the fourth time in franchise history that a Checkers netminder has been named Goaltender of the Month, with Daccord joining Alex Nedeljkovic (Jan. 2019 & March 2019) and Tom McCollum (March 2017) as recipients of the honor. This is also the second time this season that a Checkers player has earned a monthly award from the league, as Cole Schwindt was named Rookie of the Month for December.