John Ludvig Battles Back From Injury, Sets Stage For Next Season 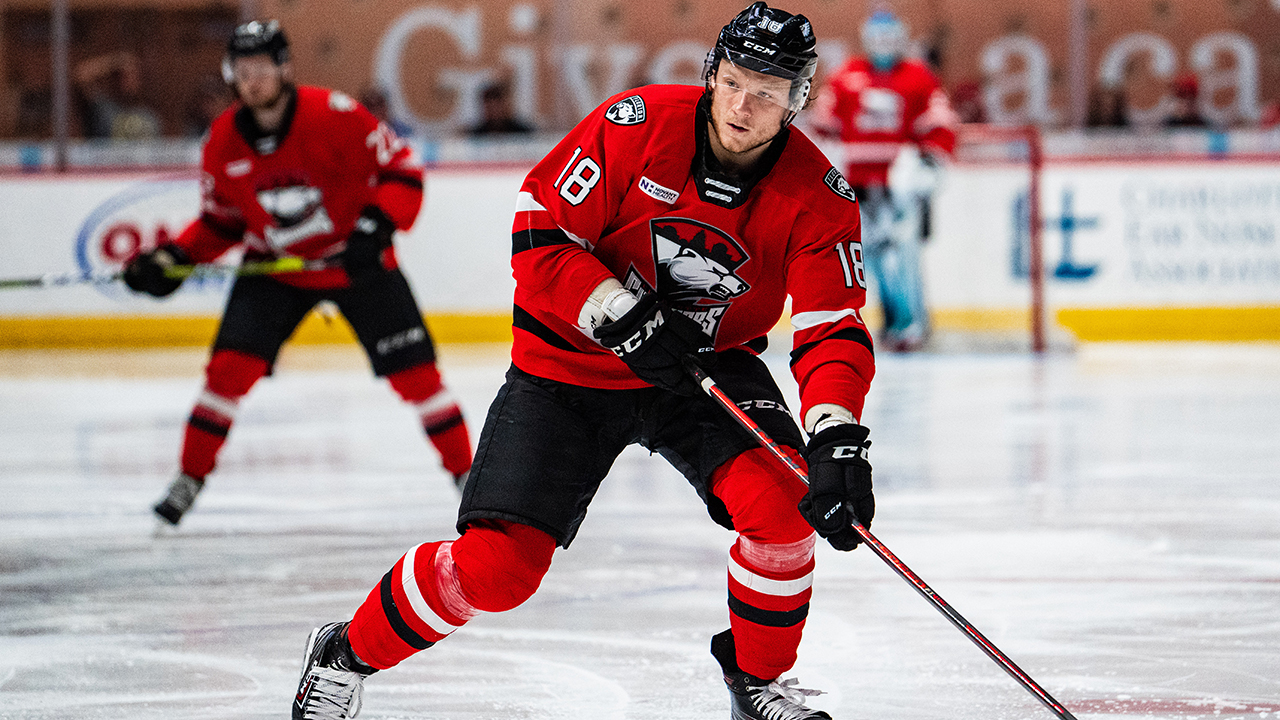 That may not seem like a lot, but given everything the young blue liner has gone through it’s a huge step forward.

“It was a long year for me,” said Ludvig. “I spent a lot of time off being injured. Getting back playing games was a great experience.”

After posting eight points in 13 games for Syracuse in the pandemic-shortened 2020-21 season for his first taste of the pro game, Ludvig’s proper rookie campaign was derailed before it began by injury.

“I had a bunch of hip problems going on,” he said. “I had to end up getting a pretty big hip surgery which put me out for like seven months.”

Ludvig worked tirelessly in his efforts to return while resisting the urge to rush back and risk any kind of setback.

“I took a lot of time during the rehab to make sure I was 100 percent healthy and I felt good out there,” he said.

Finally, on April 16 - over a year since his last game - Ludvig made his Charlotte debut on the road in Springfield.

The blue liner would appear in each of the Checkers’ final three games of the season and then three more in the postseason.

After having been confined to the sideline for the majority of the season, entering the lineup in high-pressure scenarios was quite the welcome back for Ludvig - and a testament to the trust he earned from the coaching staff.

“That was huge by them,” he said of being inserted into the lineup. “Me coming in late and getting into playoff games was a big step for me and I’m happy with it.”

The combination of the pandemic and injuries has created a unique challenge for Ludvig, who is set to enter his third season out of junior with just 16 regular season pro games under his belt.

But after battling all the way back and finding a spot in the lineup late, this experience with Charlotte could prove to be just the springboard Ludvig needs to make a splash next season.

“It would have been awful if I didn’t get any games in this year and sort of went into next season not being in that game mindset,” he said. “Playing those games this year is definitely going to be huge for me going forward.”