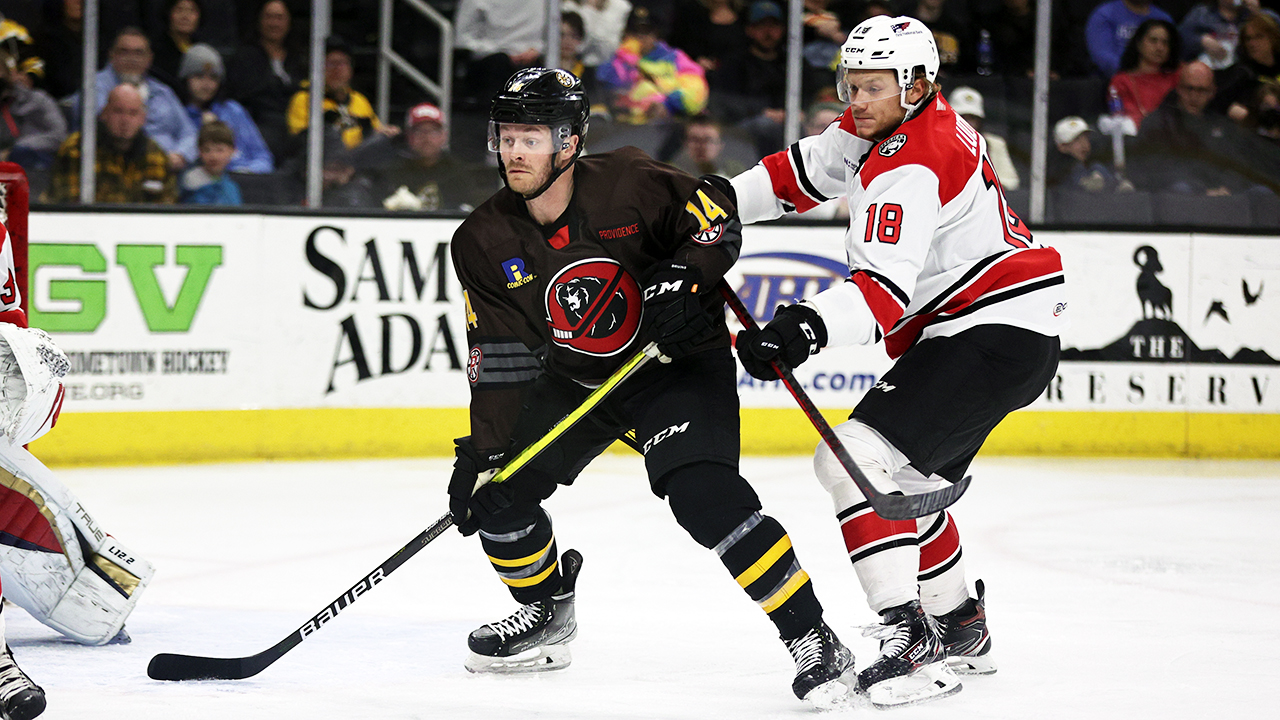 It’s been a long year for John Ludvig.

The 21-year-old defenseman came into this preseason ready to build on a strong rookie campaign that saw him post eight points in 13 games at the AHL level and push for an NHL look. But an injury during rookie camp derailed the young blue liner.

Ludvig worked his way back to the ice by November, even joining the Checkers for practice, but a setback knocked him off course again - and at that point his path forward became unclear.

“I got the surgery done earlier in the year and I wasn’t sure if I’d be back,” said Ludvig.

He would spend the next few months on the sideline watching - a tough task for the Florida prospect.

“I missed it all year,” said Ludvig. “It’s like missing a part of your life.”

He may have been unsure as to whether he would return this season, but that certainly didn’t stop him from trying.

“I put a lot of hard work in up there,” said Ludvig. “A lot of rehab and recovery.”

Fast forward to April 16 in Springfield. After months of waiting and working, Ludvig pulled on a Checkers sweater and made his season debut.

“I saw him at his lowest when he knew that he had to get something done,” said Checkers Head Coach Geordie Kinnear. “But he’s battled back and persevered.”

Ludvig appeared in each of Charlotte’s three final regular season games, jumping right into the fray as the Checkers fought to capture a division title.

“He hasn’t played very much hockey in a long time,” said Checkers Assistant Coach Dan Bylsma. “But he stepped right in and right from the drop of the puck he was hard at the net against (the other team's) skill players. That’s something that he brings and we need.”

A third-round pick in 2019, Ludvig is a welcome boost for a surging Checkers squad as they journey into the postseason - bringing a strong presence that adds an extra dimension to the team.

“I’m going to play everyone physically,” said Ludvig. “Fight, hit, whatever I can out there to help our team win.”

After overcoming a wealth of obstacles and an uncertainty of how this year would turn out, getting back to the ice is a welcome relief for Ludvig.

“I’m just happy to be back down here,” he said. “I’m back battling with the guys and it’s a great feeling.”