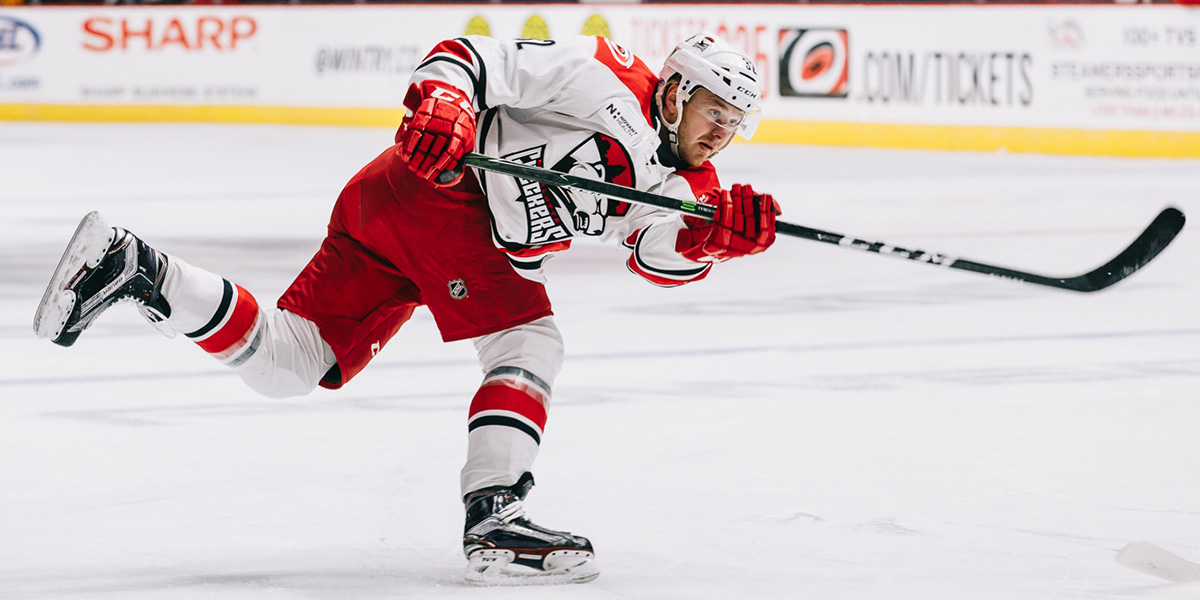 After a red-hot January, Lucas Wallmark has earned CCM/AHL Rookie of the Month honors.

In 13 games during the first month of 2017, Wallmark racked up seven goals, tying him for the most among rookie skaters. That total also ties him for fourth overall during that stretch, just one behind the league leader. Wallmark tied for the team lead with nine points during January and currently sits second on the Checkers in scoring, three points behind fellow first-year player Andrew Poturalski, making Charlotte one of just two teams in the league whose top two scorers are rookies.

The 21-year-old Swede, selected by Carolina in the fourth round of the 2014 NHL Draft, made the jump to North America this season after three seasons starring for Lulea in his home country’s top league. He is the first player in franchise history to earn the AHL’s Rookie of the Month honor and is the second to win any of the league’s monthly awards – Zach Boychuk was named Player of the Month in 2013-14.

With 15 goals on the year, good for fourth among league rookies, Wallmark is already tied for the third-highest single-season total by a Checkers rookie ever and is one shy of tying Victor Rask for the number two spot. The franchise record currently sits at 23, set by Zac Dalpe in 2010-11.