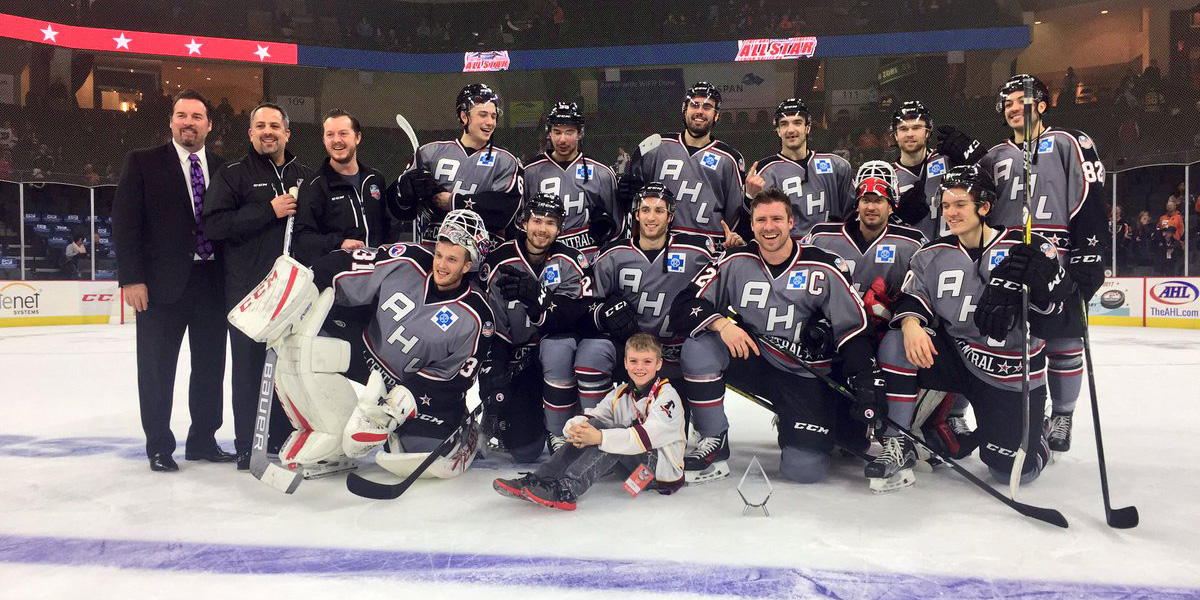 The veteran netminder played the entirety of the Central’s first contest, turning in a handful of impressive saves but allowing two goals in a tight 2-1 loss to the Atlantic Division. After fellow netminder Anton Forsberg led the squad to a shootout win over the North Division in the next contest, the two goalies split the final round robin game. Leighton started and was credited with the win, as he turned aside four of the five shots he was faced with in the Central’s 5-3 victory.

In the 6-minute championship game, Leighton and Forsberg combined to shut out the Atlantic through regulation, with the former stopping both of the shots he saw. The game proceeded to a shootout, where Forsberg stepped up and blanked every try from the opponent, while Grand Rapids Griffins star Matt Lorito lit the lamp to clinch the Central's second-straight title.

After enjoying a successful weekend in Lehigh Valley, Leighton will now take a few days off before the Checkers return to action in Tucson on Friday.