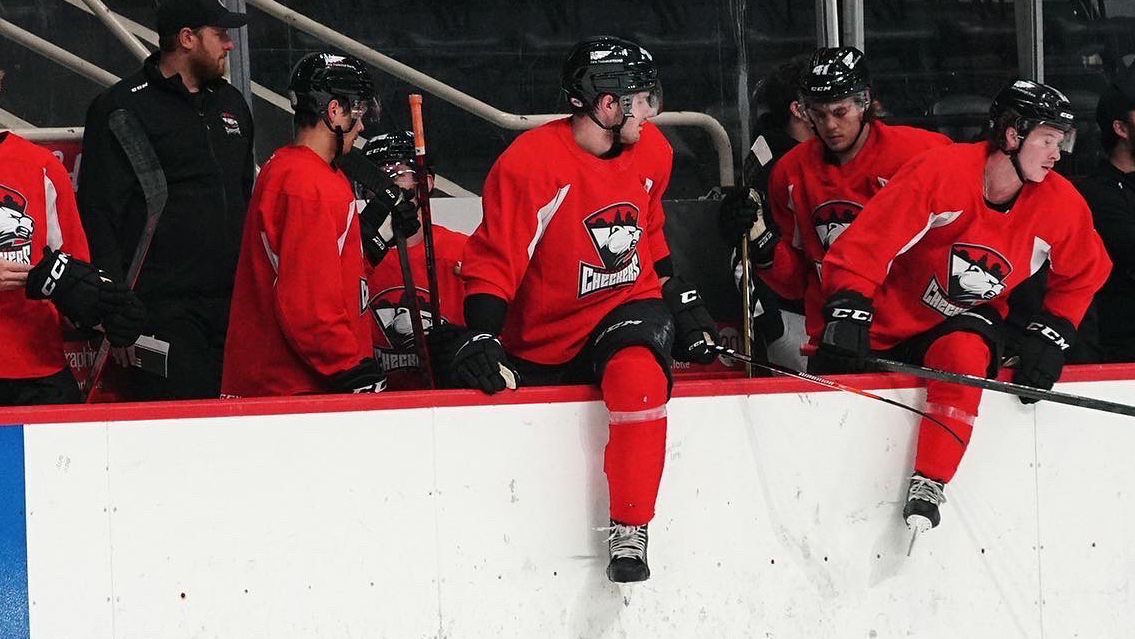 Flash forward 14 years and he’s back in the Queen City, sporting the real deal logo as he skates with his hometown club.

“It’s definitely a reminder of where it all started,” said Hoffman.

The 20-year-old’s hockey journey has taken him across the continent, culminating in a three-season run with the OHL’s Erie Otters.

Hoffman has come a long way since he began his hockey journey here, and so has Charlotte.

“Back when I was playing I think the closest Triple-A team was in Atlanta,” said Hoffman. “Now they’ve got multiple Triple-A programs and multiple junior programs around here. I feel like adding hockey into an atmosphere that was once devoid of it brings a lot of excitement to a kid who wants to try a new sport.”

Hoffman was invited to Checkers camp on a tryout, and he’s slated to begin his pro career this season with the ECHL’s Reading Royals - who signed him to a deal this summer.

The forward has fit right in during this week’s scrimmages, and his presence is helping to make a name for Charlotte as a hockey town.

“It’s huge,” said Checkers captain Zac Dalpe, whose sons have played youth hockey in Charlotte. “It’s always nice to have somebody coming up from the grassroots.”

The impact of watching someone like Hoffman ascend to the pro ranks can be huge boost for a youth hockey community that is already on the rise.

“It makes it real for you as a young kid,” said Checkers Head Coach Geordie Kinnear, who also has kids playing youth hockey in the Queen City. “You always want someone from your town - whether it’s a small town or not a true hockey market yet - to kind of say, ‘This guy’s done it. So I can find a way.’ It’s a little bit of motivation.”

The growth of hockey in Charlotte since Hoffman first hit the ice with the Junior Checkers is staggering - and there’s no signs of it slowing down, in part thanks to homegrown talent rising through the ranks.