Nestrasil Excited For Opportunity With Checkers 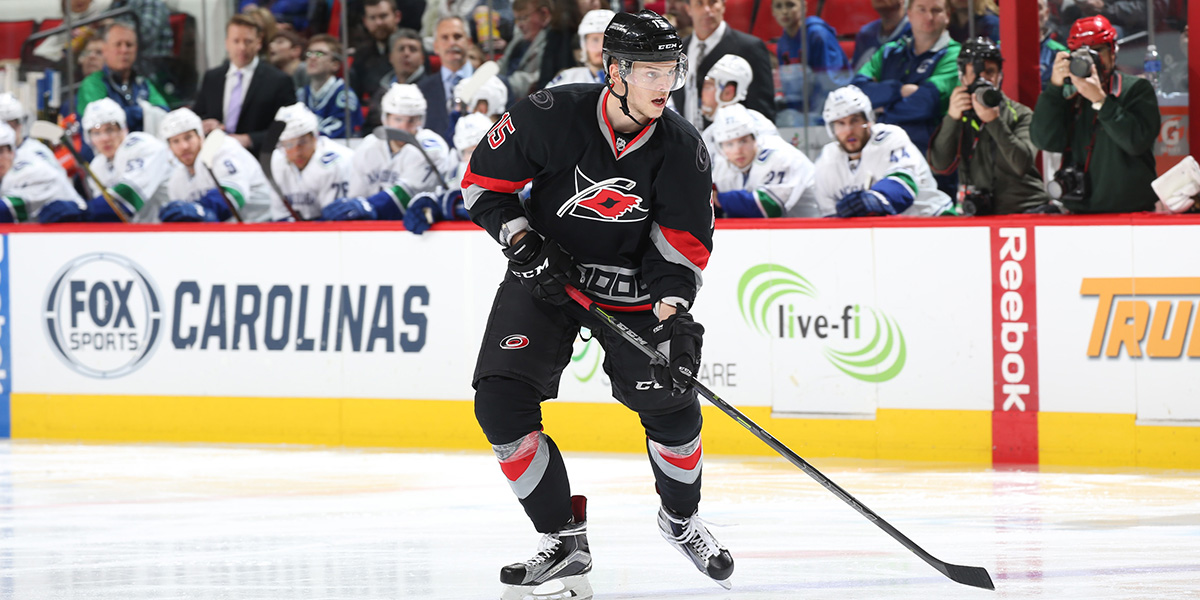 It’s been a busy few days for Andrej Nestrasil, but Thursday morning he found himself back where he most wants to be: on the ice.

While the majority of the team was off today after some tough travel back from Milwaukee, Nestrasil joined a small group of Checkers players who took the ice this morning with head coach Ulf Samuelsson for a quick skate.

“It was great getting on the ice,” said Nestrasil. “Obviously a full practice would have been better, but I’ve had a long three days so this was perfect to get my legs going. I’m excited and looking forward to the game tomorrow.”

The first half of the 2016-17 campaign has been a tough one for Nestrasil. The forward was a healthy scratch more often than not for Carolina this season, appearing in just 18 games and logging five points, and had suited up just twice since Dec. 10. That made for a tough situation for Nestrasil.

“I just want to have fun,” said Nestrasil. “I want to get out there and enjoy myself because I haven’t really been able to do that for the last couple of months sitting in the stands. Hockey players are supposed to play hockey, not sit in the press box. I’m glad I can be down here and hopefully get a lot of minutes and get my confidence.”

Before coming to Charlotte though, there was one hurdle for the sixth-year pro – waivers.

As with any player who meets a certain set of qualifications, Nestrasil had to pass through waivers before being assigned to Charlotte, giving every other NHL team the chance to claim him. So for the 24 hours between noon on Monday and noon on Tuesday, all he could do was wait.

“Honestly at that point, not that I didn’t care how it was going to end up, but I knew that both options would be beneficial for me,” said Nestrasil. “If I got claimed off of waivers, I would get a chance on another team and maybe they would play me, maybe it would all work out. But I feel like in the long run this is the better option for me, to prove to everyone that I can play at the same level as I did last year.”

In the end, no team took a chance on the 25-year-old, something he doesn’t necessarily blame them for.

“I think the big reason why no team claimed me is because no one has really seen me play after that injury and it’s a huge concern to a lot of people,” said Nestrasil.

The injury he is referring to is a fractured vertebrae he suffered on Feb. 25 of last season that sidelined him for the remainder of the year. Nestrasil has since made a full recovery, but getting his game back to where it was before has been a challenge.

“I have no issues whatsoever with my back,” said Nestrasil. “The only issue I have is that you can do conditioning for six months but it doesn’t really get you in game mode. I just need to play and get back to my game. I felt like in Carolina I was close a couple times but then you go back to the stands and start from scratch. Hopefully this will help me get a lot of games and get used to it because when your body doesn’t play for that long it’s kind of a shock every time you step into game day. It’s not only hard physically but mentally.”

With Charlotte, Nestrasil will likely get his wish for more playing time. The Czech forward is no stranger to the AHL, logging three years with Grand Rapids from 2011-2014, and is a welcome addition to a Checkers team looking to start fresh in the second half of the year.

“He’s a really good player,” said Samuelsson of Nestrasil. “Circumstances have led to him not being on the ice enough to establish his solid two-way game again, but we’re excited that he’s here with us.”

Receiving players back in the AHL who have been full-time NHLers in the past can be a unique challenge for both the coaching staff and the player, though Samuelsson has already seen a high level of positivity from the forward.

“The mindset is very important,” said Samuelsson. “If a guy comes here with the wrong attitude, it’s going to take him awhile to realize that this is still a good league and you have to prepare and be committed to play your best and stand out. [Nestrasil’s] mindset is really good though. For him it’s more a matter of getting on the ice and working on his timing and getting his game up to the level that we know it belongs.”

Expect the coaching staff to put Nestrasil to good use right away in every aspect of the game, starting with tomorrow’s matchup with the Monsters.

“He has a history on the power play so he will play power play for us,” said Samuelsson. “He’s the type of player who can help you on both sides of the puck.”

Nestrasil, whose best AHL season saw him pot 36 points in 70 games, should be able to bring some offensive flair to a Checkers team desperately looking for consistent production, but that’s not the main focus of his game, nor has it ever been.

“I just want to be an all-around kind of player,” said Nestrasil. “I’m not a big fan of just playing offense because that way you’re not going to get out of this league ever. You have to be an all-around player. You have to play with the same intensity offensively and defensively. It would be nice to get a few goals and get my confidence up. I haven’t played a lot of games in the last nine months, hopefully it will start turning around and I can put a couple in and we can get the power-play going, that would be nice.”

While his sights are currently set on helping turn the Checkers’ season around, Nestrasil’s end goal remains.

“I feel like there should be no issue of me getting back to the NHL,” he said.

Joining Nestrasil at Bojangles’ Coliseum this morning was the injured contingent, who Samuelsson got to see take the ice for the first time in nearly a month. While he didn’t delve into specifics, he did offer a bit of an update for some of them.

“They’re all trending in the right direction,” said Samuelsson. “It’s been a brutal year for Andrew Miller, he’s taking it hard not being able to help the guys. Same thing with Brendan Woods with his injury being more long term. Tyler Ganly is getting closer.”

Regarding the other injured player, Trevor Carrick, Samuelsson had some good news.

“Carrick is really close,” he said. “It’s a matter of tomorrow or Tuesday for him.”

Last season’s leading scorer among blue liners has been out since Nov. 27, so adding him back into the mix will surely be a nice boost for Charlotte, though there will be some precautions.

“He’s a top-end player for us and he’s still developing,” said Samuelsson of Carrick. “He has a bright future. He’s missed a lot of time though so we have to be slow with his adjustment coming back into the lineup.”

In a move that perhaps paves the way for Carrick to return, the Checkers assigned Josh Wesley to the Florida Everblades earlier this afternoon, giving them six healthy options not counting Carrick.