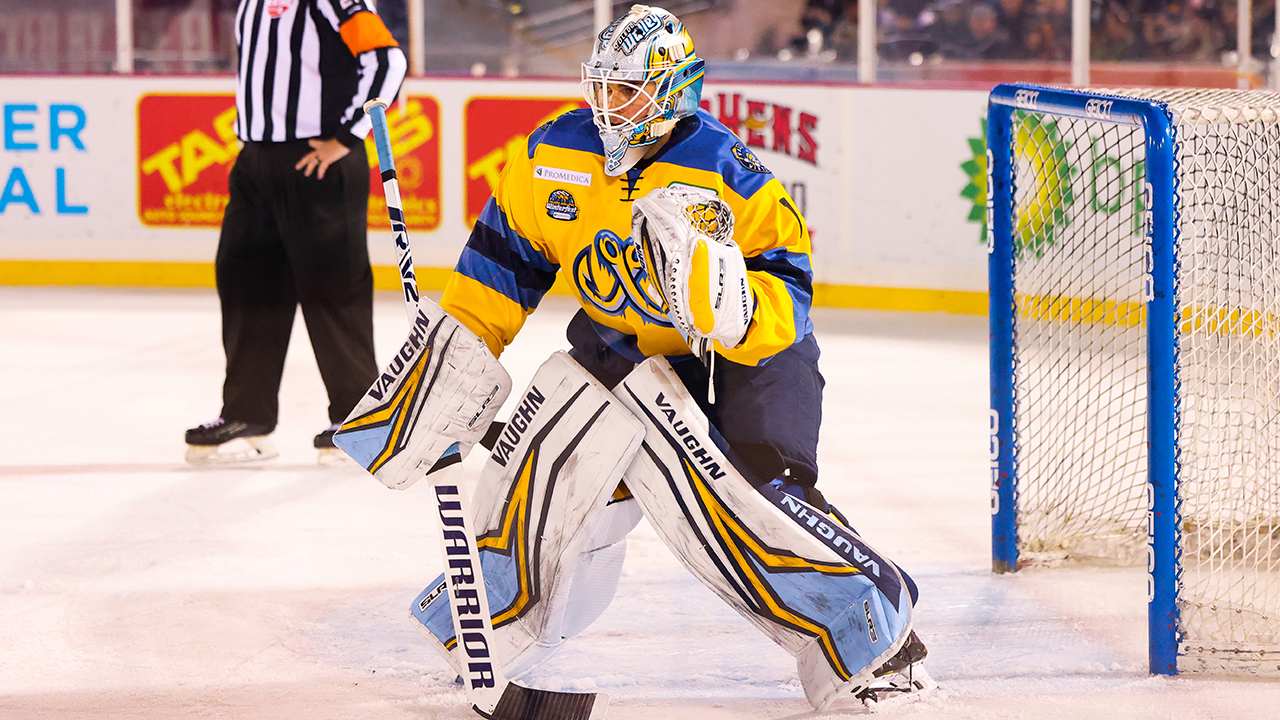 With the ECHL currently on their All-Star Break, Billy Christopoulos decided to head over to North Carolina to spend some time with his family.

Little did he know, a unique opportunity awaited him in his home state.

“I got the call that said they had an opening in Charlotte,” said Christopoulos. “It’s kind of been a goal of mine to come back here and play at some point. So it was pretty cool to get that call.”

Christopolous was born in Raleigh in 1994 - three years before the Hurricanes relocated to the city - and began his hockey journey there, coming up via the Jr. Hurricanes youth hockey program.

“When I was here the Hurricanes had just come here so you could see people starting to get excited about hockey,” said Christopolous.

Now, as he returns to the Tar Heel State as a pro, he sees how much the landscape has changed - something highlighted by the fact that Thursday’s game against Springfield could feature two Raleigh natives on the ice in Christopoulos and Thunderbirds defenseman Josh Wesley.

“Hockey in North Carolina has come a long way since I was a junior hockey player,” he said. “I remember when I was in Jr. Hurricanes, we were just starting so we didn’t really see any of those guys that come out of North Carolina. We had guys a couple years older than me go off to play juniors and we looked up to those guys.”

“Both of my sons are playing here in North Carolina,” said Kinnear. “There are great programs here that have done a wonderful job. To see players like him and Josh Wesley, I think bigger and better things are coming for North Carolina hockey.”

For Christopoulos, suiting up in his home state is only part of the current dream he’s living as both a pro hockey player and an active member of the Air Force.

Christopoulos played four seasons of college hockey for Air Force, starring in net and racking up accolades like back-to-back conference Goaltender of the Year awards. Then came an opportunity to keep his hockey career going.

“I graduated from the academy so you’ve got five years of active duty,” he said. “But I got into a program where they’re letting me do this hockey thing for a while, and then on some off weekends or in the summers I’m going back and doing Air Force stuff. Then once I’m done with hockey I’ll jump back in. It’s been pretty incredible for the Air Force to let me play hockey and pursue this dream. I’m super grateful for them and it’s pretty cool to be able to do both.”

As a pro Christopolous has been lights out in the ECHL, leading the league in save percentage and earning an All-Rookie Team spot in 2019-20 and currently ranking in the league’s top 10 in wins, goals-against average and save percentage.

This week, he’ll finally get the chance to don a Checkers jersey and give the next generation of North Carolina hockey players another homegrown success story to look up to.

“Hopefully I‘ll be able to have some young North Carolina kids see that, you know what, we’re not exactly a hockey state in the natural sense of it, but we’re growing and there’s more and more kids coming out of the state every year,” he said.