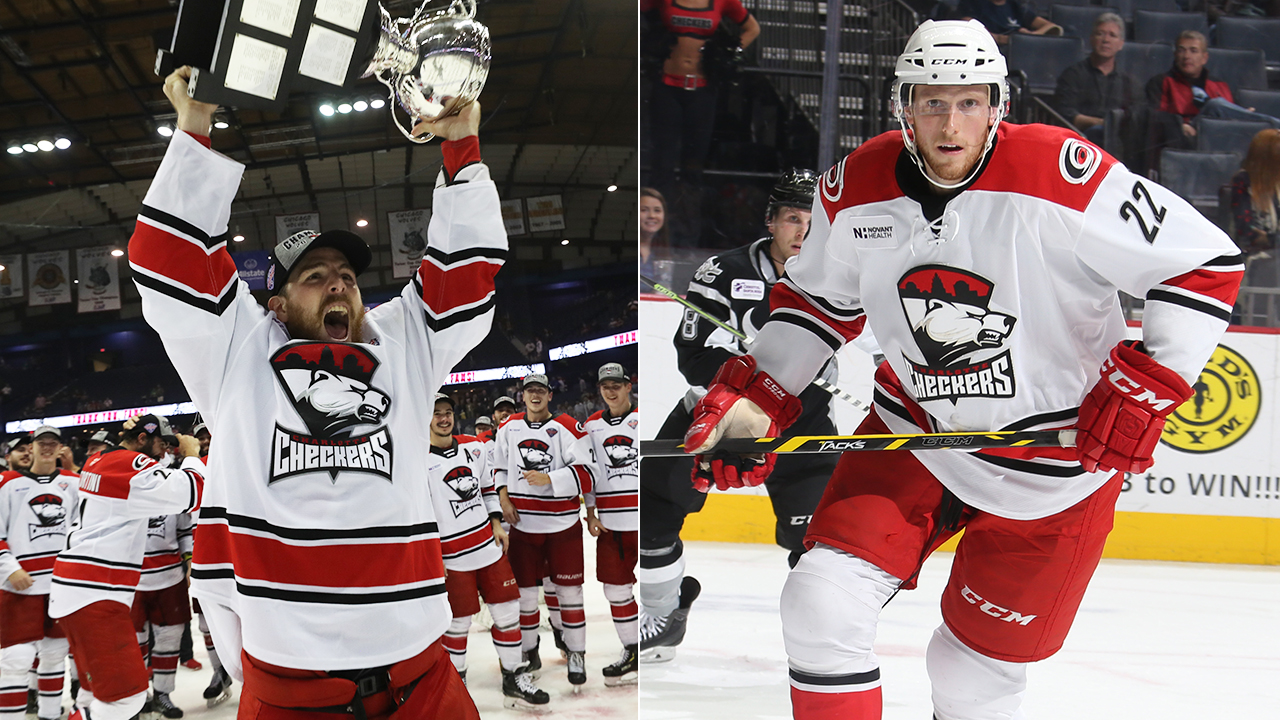 The Panthers have rounded out the Checkers’ coaching staff, hiring Jared Staal and Bobby Sanguinetti as assistant coaches.

The move brings two familiar faces behind the bench for the Checkers, as both Staal and Sanguinetti spent significant time in Charlotte. It also reunites the duo with Head Coach Geordie Kinnear - who was an assistant coach during both skaters’ stints in the Queen City - and Zac Dalpe - who played alongside them with the Checkers for three seasons.

Staal, 32, joins the Checkers after spending the last three seasons on the coaching staff for the ECHL’s Orlando Solar Bears - the first two as an assistant coach and this past one as an associate coach.

A second-round pick in 2008, Staal also appeared in 97 ECHL games, a pair of NHL contests and 44 games with the Edinburgh Capitals in England for his final pro campaign.

Sanguinetti, 34, is making the jump to the coaching world after finishing his playing career in 2019-20. A first-round pick by the New York Rangers in 2006, he amassed 320 points (86g, 234a) in 587 pro games over his 12 pro seasons as a blue liner - earning three AHL All-Star Game appearances, a spot on the AHL Second All-Star Team and leading all Swiss League defensemen in goals, among other accolades across his career.

Sanguinetti spent 155 games in Charlotte and ranks fourth in franchise history in points by a blue liner with 90 (20g, 70a). After his original three-season stint from 2010 to 2013, Sanguinetti returned to the Checkers in 2018-19 and played a key role in Charlotte’s Calder Cup run.