Philip Samuelsson Eager To Get New Start With Checkers 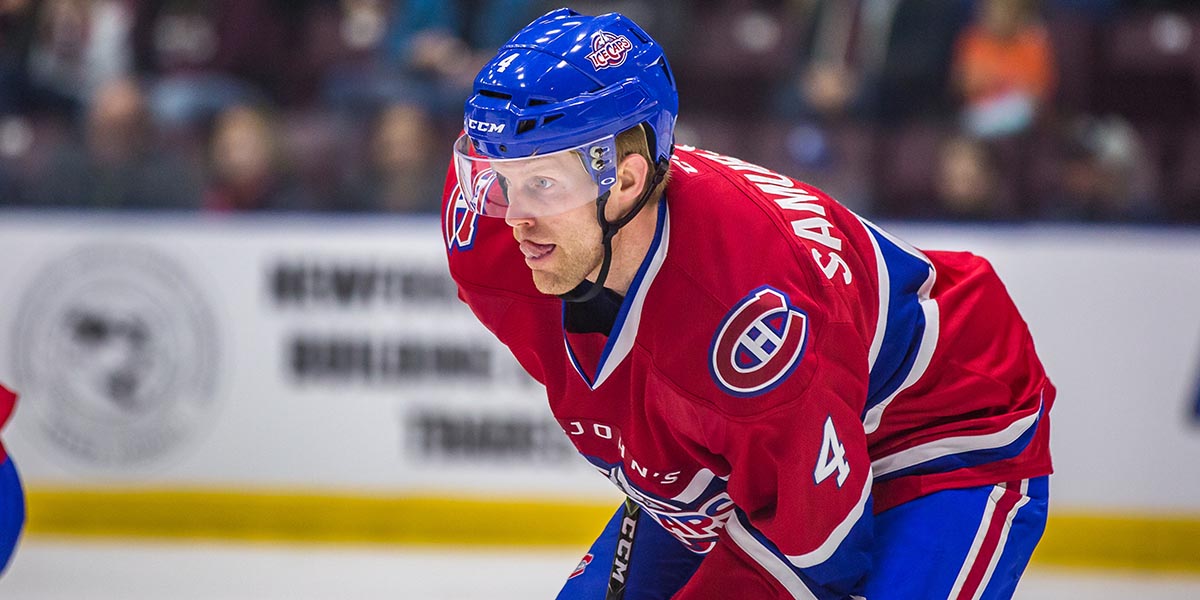 In the first of what has ended up being a series of roster moves over the past week, the Checkers received Philip Samuelsson on Tuesday after the Hurricanes acquired him via a trade with Montreal.

On Thursday, the defenseman joined his new team on the ice for the first time.

“It was good,” said Samuelsson after his first practice. “It’s nice to get out on the ice and put some names to faces. It’s nice to move around a bit after a long day of travel. Everyone has been very nice and welcoming so far.”

Selected 61st overall in the 2009 draft, Samuelsson spent two seasons at Boston College, including one alongside Checkers captain Patrick Brown, before heading to the pro ranks. The 25-year-old is in his sixth pro season, having carved out a solid resume in the AHL with a few NHL stints under his belt.

Samuelsson has posted at least 20 points in each of his last three seasons and set a career high a year ago with 31 points in 56 games for Springfield. The 6-foot-3 blue liner is excited to show Charlotte his well-rounded style of play.

“I can bring quite a bit,” said Samuelsson. “I’m pretty good defensively and on the penalty kill and I can make a good first pass. So I think that’s what you can expect.”

After posting a career year in 2015-16, Samuelsson inked a deal with Montreal over the offseason and took a spot in the St. John’s IceCaps lineup, but was never able to quite get going there. The defenseman recorded just five points in 40 games with the IceCaps, while not appearing in the NHL for the first time in three seasons.

“It’s been an up and down season for sure, but that’s something you have to kind of expect in pro hockey,” he said.

Now, with this change of scenery, Samuelsson will take a spot on what has been a dynamic blue line, stocked with young talent. The coaching staff has preached all season about the need for production to come from the back end, so Samuelsson should see an ample chance at bouncing back.

“I think anytime you’ve produced in the past you always want to get back to those numbers,” he said. “I haven’t been having the greatest of seasons, but I still have some games here to salvage that.”

After practicing with the team this morning, Samuelsson will have Friday’s morning skate before presumably making his Checkers debut that night against the Cleveland Monsters. That’s a quick turnaround for a player to settle into his new team, but Samuelsson will be using those few practices to prepare.

“Just a little bit of familiarity,” said Samuelsson of the biggest thing he wants to take away before his first game. “I’m trying to get to know some people. If your comfort level is high you usually play better.”

Should he take the ice for this weekend’s series, it will mark another milestone for the eldest Samuelsson son: the first time playing for his dad, head coach Ulf Samuelsson.

“It’s going to be fun,” said Philip. “I’ve never done it before so it’ll be new. But I’m just looking forward to showing what I can do on the ice.”