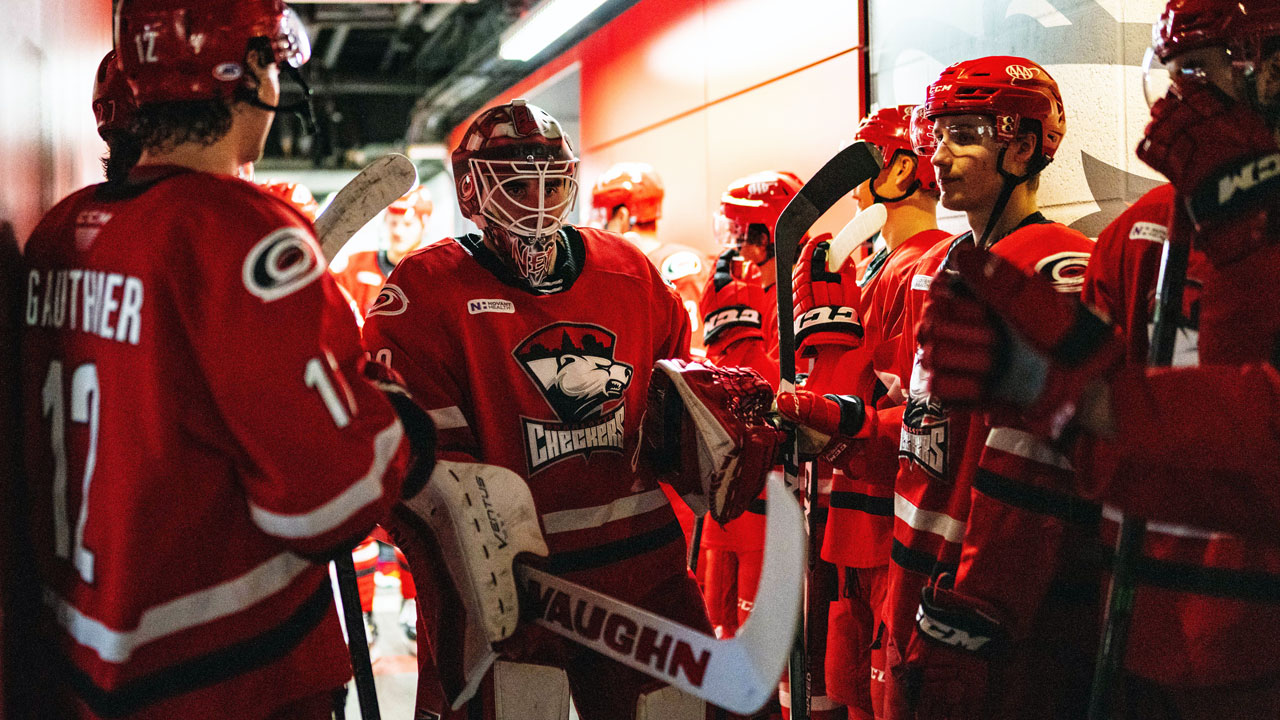 We're keeping an eye on our affiliates and a number of Checkers grads in the NHL playoffs and around the hockey world. All the latest updates will be posted here each week.

The Florida Panthers stayed alive in their first-round playoff series thanks to an outstanding performance from one of their outstanding prospects.

Spencer Knight, the 20-year-old goaltender who spent most of this season with Boston College, got the start in Monday’s potential elimination game and, despite allowing a goal on his first shot against, earned the season-saving victory by stopping his next 36. Together with his debut performances in the regular season, he is now 5-0-0 with a 2.02 goals-against average and .938 save percentage as an NHL goaltender. It’s early, but it’s enough to make one question where he'll be starting his first pro season this fall.

Gustav Forsling continues to be a key cog in the Panthers machine. The top-pairing defenseman had a particularly effective Game 3, recording two points, including the game-tying goal late in the third period, and a plus-3 rating. He’s been the only former Checker to crack the postseason lineup thus far as Eetu Luostarinen and Lucas Wallmark have yet to make their debuts.

Florida will attempt to prolong the series once again during Wednesday’s Game 6.

The grueling ECHL regular season chugs on for our affiliate down south. The Swamp Rabbits still have six regular-season games left on their schedule, four of which will take place this week. Thanks in part to six wins in their last seven games, they’re still in great standing in the playoff race as the Eastern Division’s No. 2 seed, having just missed an opportunity to clinch a spot over the weekend.

RABBITS WIN THEIR 6⃣ IN A ROW!!

It's a @TetradBrewingCo overtime winner on Saturday night over the Wheeling Nailers! Here are the game highlights presented by @AndersonUnivSC online & continuous learning pic.twitter.com/SK0zZNVU1b