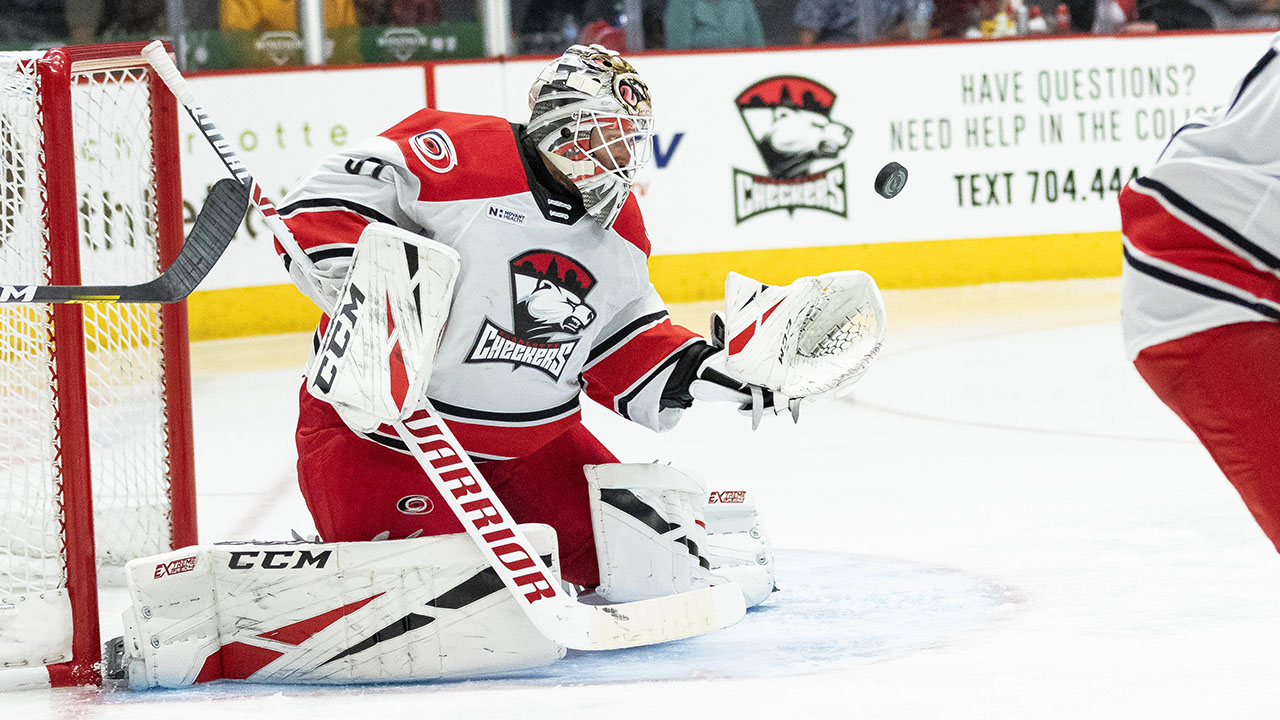 During the season, Checkers broadcaster Jason Shaya checks in each week with his 10 Thoughts - a series of observations about the team and the hockey world in general. 1. There is the sense that Charlotte needs more from just about everyone. So far, the team had moments where they’ve dominated but they’re not doing it often enough. The good news is that it’s only four games into the season.

2. Head coach Ryan Warsofsky has the pulse of his team very early. He was certain that coming after each loss, he would get a more energetic and fiery team on the subsequent nights. He was right. Charlotte played well on Friday but were stonewalled by Bridgeport goalie Christopher Gibson. Warsofsky knew Saturday was going to be better and the team won without issue. Let me note here that Charlotte has a power-play goal in each game and is second best with 29.4 percent. Way down at third is Wilkes-Barre/Scranton operating at 22 percent. Sad!

3. With only four games played, it’s still difficult to get a read on some players. But, what’s certain is that some prospects are in a critical year and some older guys were given a second chance to restart their careers here in Charlotte. Now would be a good time to prove to the coaching staff they have more to give.

4. Morgan Geekie has been the best Checkers player in all four games and he’s going to keep getting better. Morgan comes to play every night which is an attribute that separates him from many.

5. Checkers team owner Michael Kahn requested Bridgeport’s Nick Schilkey take part in the ceremonial puck drop before the home opener. Nick and Bridgeport obliged and as I understand it, Nick was honored and thrilled to be asked. Michael had high praise for Nick during an interview earlier on Friday night. I should mention that Zac Harvey orchestrated the banner raising ceremony and, as always, did a fantastic job.

6. I’m going to say this now: Dougie Hamilton for the Norris Trophy. I almost wrote that last week but didn’t want to seem too presumptuous. During the Columbus broadcast, John Forslund rhetorically asked if there is a better defenseman in the NHL right now because Hamilton is doing it all.

7. Which takes me to the comment from Steve Simmons of the Toronto Sun: “I’m not buying the early season Carolina Hurricanes. I can’t believe in a team that has Petr Mrazek and James Reimer in goal.” Sorry that those two guys keep making saves and winning games. I guess it’s never fun when the narrative in your head differs from what actually happens on the ice.

8. I talked to a scout this weekend who was very high on the development of Steven Lorentz. If Lorentz can find offense consistently, he’s going to have a year that will be considered a turning point in his career.

9. Anton Forsberg was absolutely stellar in both of his starts for Charlotte. His rebound control and puck playing ability were excellent. In both starts he made saves at critical times which kept the Checkers within reach of victories. Also, congratulations to Julien Gauthier on his first two NHL games last week. Back with Charlotte, he will jump on the top line again and log plenty of ice time for Warsofsky alongside Geekie.

10. Arizona defenseman Niklas Hjalmarsson will miss approximately three months with a cracked fibula after he blocked an Erik Johnson shot on Saturday. The pucks are being fired so fast and hard now that they’re breaking bones of “protected” areas on players. This makes me wonder if they will think twice about further downsizing goalie equipment while shots are becoming more dangerous than before.

Pregame shows versus Utica on Friday and Syracuse on Saturday will be at 6:45pm. Join us then on AHL TV, the Checkers app and the ESPN 730 stream.