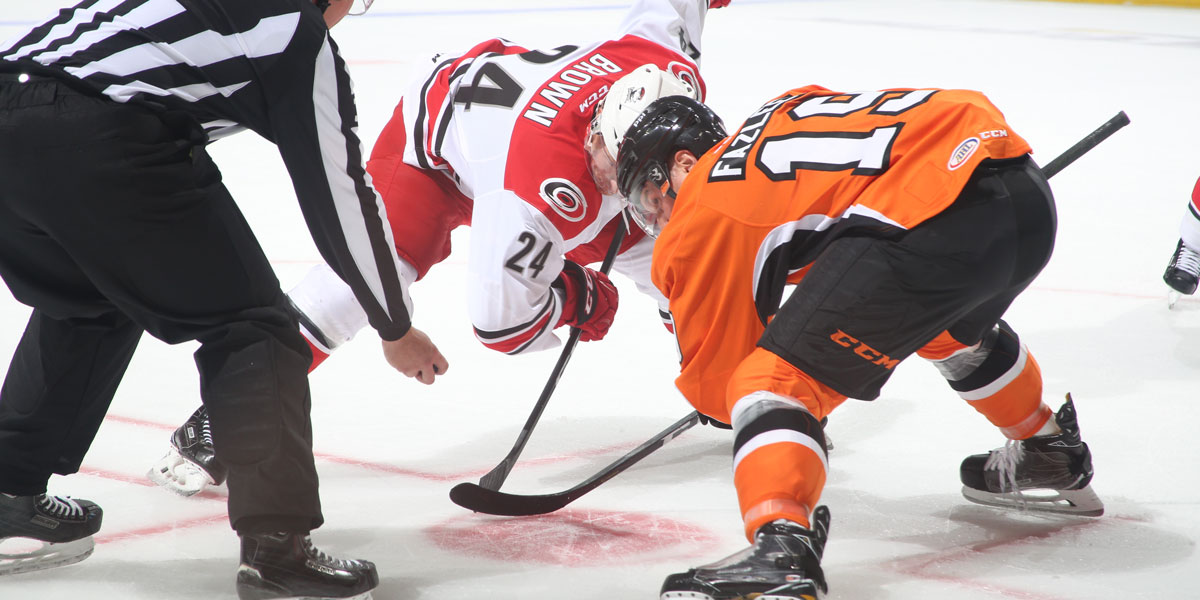 During the season, Checkers broadcaster Jason Shaya checks in each week with his 10 Thoughts - a series of observations about the team and the hockey world in general. 1. This may sound like sour grapes but there is no doubt in my mind that the Checkers should have beaten the Wolves. All due respect to Chicago, who absolutely deserved to win, the Checkers battled an injury riddled team that also had players called up to St. Louis for the playoffs. The loss in five games will be perplexing for a long time. I believe Grand Rapids will advance to the conference finals in five but against a relatively healthy Checkers team, that would have been a seven game series. Wolves coach Craig Berube got every single ounce of "compete" from his lineup. I was very impressed.

2. With the Checkers losing by a single goal in an elimination game, the early and avoidable penalties that led to two power-play goals by Chicago are hard to stomach. Those mistakes simply can't happen. 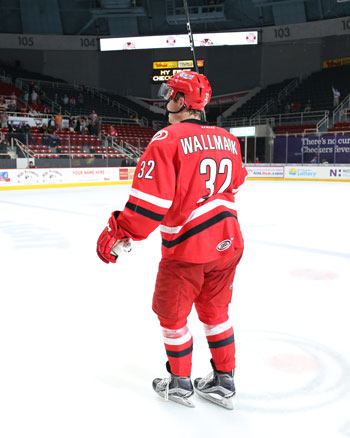 3. If Victor Rask's rookie year is used as a gauge to determine how Lucas Wallmark will fare in the NHL, then Wallmark will have a long and brilliant career for Carolina. Above all the great attributes he displayed this season, his greatest asset was his ability to make the players around him better. What a phenomenal rookie season this kid had for Charlotte.

4. One of the reoccurring themes from the Checkers this year was their inability to execute on the power play. Moreover, their penalty-kill was only slightly better. Going into the playoffs, the Checkers failed to score on a single power play and, worst of all, gave up the series-winning goal on a shorthanded tally by Chicago after allowing two power-play goals earlier in the game. You can have a power play that struggles but you can't have a bad power play and a bad penalty kill at the same time.

5. This year wasn't all doom and gloom. The fact that the team fought their way from 30th in the league to a postseason berth is to be commended. They did it on the back of great goaltending with Thomas McCollum going into the net and simply playing what I would imagine was the best hockey of his career. It's shocking to think how a goalie of that caliber sat and watched so many games in Stockton without playing. Tom is a fantastic professional and he opened a lot of eyes down the stretch. In the final three games of the season, the Checkers were outplayed by Grand Rapids for two nights. If it wasn't for the brilliance of McCollum, the postseason wouldn't have been reached in the first place.

6. The question about goaltending is getting more and more interesting here in Charlotte. With the acquisition of Scott Darling, who was briefly a Charlotte Checker a few seasons ago but only backed up a few games, the Canes have a glut of goalies on one-way contracts (assuming Darling signs with Carolina). Without speculating on how the NHL team will look, I think Checkers fans would love to see Michael Leighton back between the pipes. No matter who is on the team, Leighton gives you an advantage every single game.

7. I said this on the air in my closing remarks after Sunday's loss that Checkers owner Michael Kahn works tirelessly to make sure his organization has the tools necessary to succeed on and off the ice. Not many people will ever get a chance to see the desire he has for winning but I can assure you he wants to see a championship in this city. I know how disappointed he was with the ending but also how proud he was with the way the team battled back in the second half of the season. Also, led by Kyle Hagel off the ice, his team carried itself in the community as incredible ambassadors of the game and of this great organization.

8. I'd like to recognize the work of the Checkers front office staff on their accomplishments during the 2016-17 season. They worked incredibly hard to fill the building every single night and I believe year two at the Coliseum was even better than the first. There is no group of fans more devoted to their team than those here in Charlotte who come to every single game. The response in the first round of the playoffs during away viewing parties was fantastic. The staff helps galvanize the fans and it's a real pleasure coming to work every single game. Thanks to Paul Branecky and Nick Niedzielski for working alongside the understaffed and undersized broadcast department. I couldn't do it without those two guys.

9. The team next year has a lot of rookies penciled in to the roster at the forward positions. I do hope they manage to keep Andrew Miller going into next year. He was a machine in the second half of the year and, along with Wallmark and Valentin Zykov, was a threat to score every single game. Miller was one of the players many of the scouts wanted to talk about during Game 4 when Chicago had so many NHL teams there to watch that there weren’t close to enough seats available in press row.

10. This season was my 10th as the Voice of the Charlotte Checkers. Thanks to every single person who listened to the broadcast and thanks to our partners at ESPN 730. I love what I do for a living and I am the luckiest guy in the AHL to work here in Charlotte. God love you. See you in October.