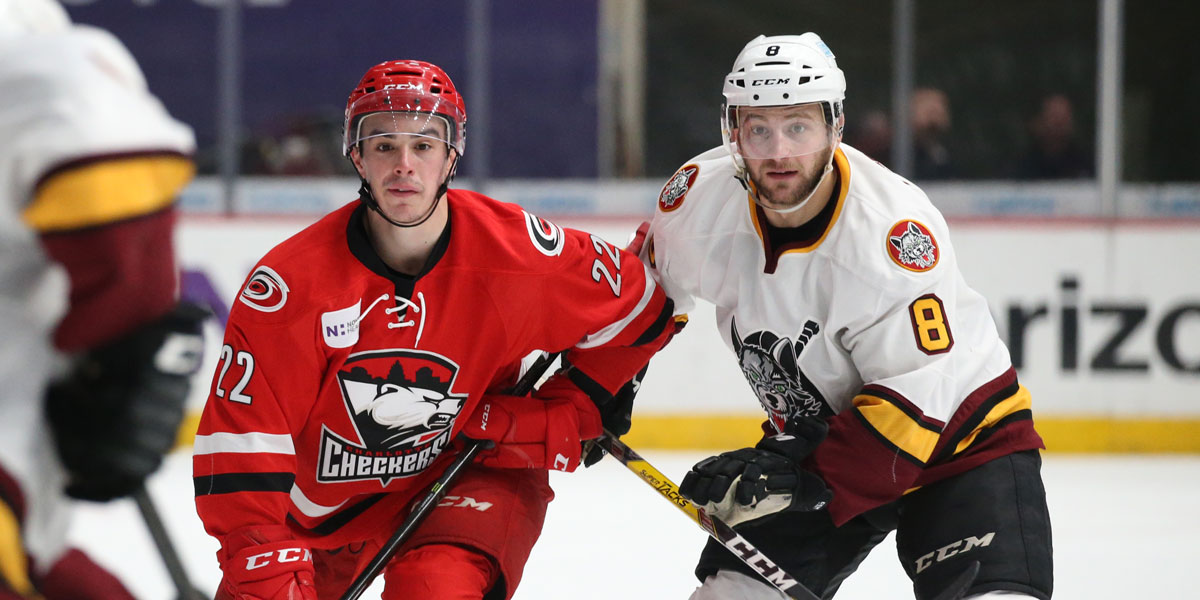 During the season, Checkers broadcaster Jason Shaya checks in each week with his 10 Thoughts - a series of observations about the team and the hockey world in general. 1. Over the course of the season, no one has improved more than Haydn Fleury. He has shown remarkable gains in efficiency on the ice and has improved both defensively and towards the season's conclusion, he is offense has ramped up as well. He ends the year with a team high +16.

2. It is amazing considering how close the standings were going into the final week of the season that the Checkers could lose the final three games and still get in to the playoffs. It is also remarkable that the power play, which had been relatively abysmal the entire year, played such a huge role in getting points out of Grand Rapids and Chicago.

3. Michael Leighton is edging closer to a return but there is no doubt about who the starting goaltender is for Charlotte to begin the playoffs. Plain and simple: The team doesn't get into the postseason without the brilliance of Tom McCollum. Going back to the second game in Grand Rapids this past week, McCollum's play in the first period alone gave Charlotte a chance to find their footing and press forward. Even though he has only been with the team since the AHL trade deadline, he would have to be considered a candidate for team MVP. 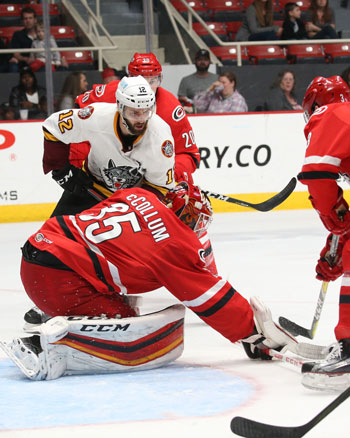 4. If Kenny Agostino, the league's leading scorer, can't play this series as a result of the injury he is nursing, it gives the Checkers a gigantic advantage. Chicago is incredibly deep at forward, but no team is able to shrug off the loss of a player who registered 83 points (24g, 59a) in 65 games.

5. If you had to pick one player to watch from each team that might be "under-the-radar" for the upcoming Charlotte vs. Chicago series it would be Samuel Blais for Chicago and and Valentin Zykov for Charlotte.

6. This is the first time since 2013 that Charlotte has qualified for the postseason. In that year, Rob Madore was the starting goalie in the playoffs and Game 1 ended in overtime with a Brody Sutter goal against the Oklahoma City Barons.

7. Even though Chicago won the Central Division, in my estimation, having watched both Chicago and Grand Rapids in the final week, Grand Rapids will be the toughest opponent. Their Achilles heel is their defense and goaltending. Although a monster of a goalie, Jared Coreau has been prone to the soft goal. As it pertains to Chicago's goalie, they will start with Ville Husso. He has given Charlotte all they can handle this year and I fully expect him to be the goalie of the St. Louis Blues' future. This is Husso's first appearance in the playoffs in North America. I don't expect him to let nerves get into his head but who knows what kind of pressure a young goalie will feel.

8. Chicago defeated Charlotte six out of eight times this season but I expect a full lineup for the Checkers coming into Thursday night. I am guessing that everyone previously out due to injury, with perhaps the exception of Leighton, will be available to play. That would mean the Checkers would have many more options down the middle with a healthy Lucas Wallmark and Aleski Saarela.

9. As I write this, Nashville is up in the series against the Blackhawks 3-0. Like everyone else, I expect Nashville won't lose four games in a row and they will eventually move on in the tournament. However, if there was ever a team to come back from down 0-3, it would be the Hawks. Way too much experience in that locker room. Whether or not it gets them going, I don't know.

10. All the games can be streamed on our Checkers app so make sure you have it downloaded. You can also watch the games on AHLLive.com and there is a link for the free audio stream on our home page. Pregame shows begin 15 minutes before every puck drop. We should have Kyle Hagel on color commentary as his availability permits. I am predicting this series goes the full five games.