Weekly Report: Bobby Orrsling, Alex Nedeljkovic Does it All and More 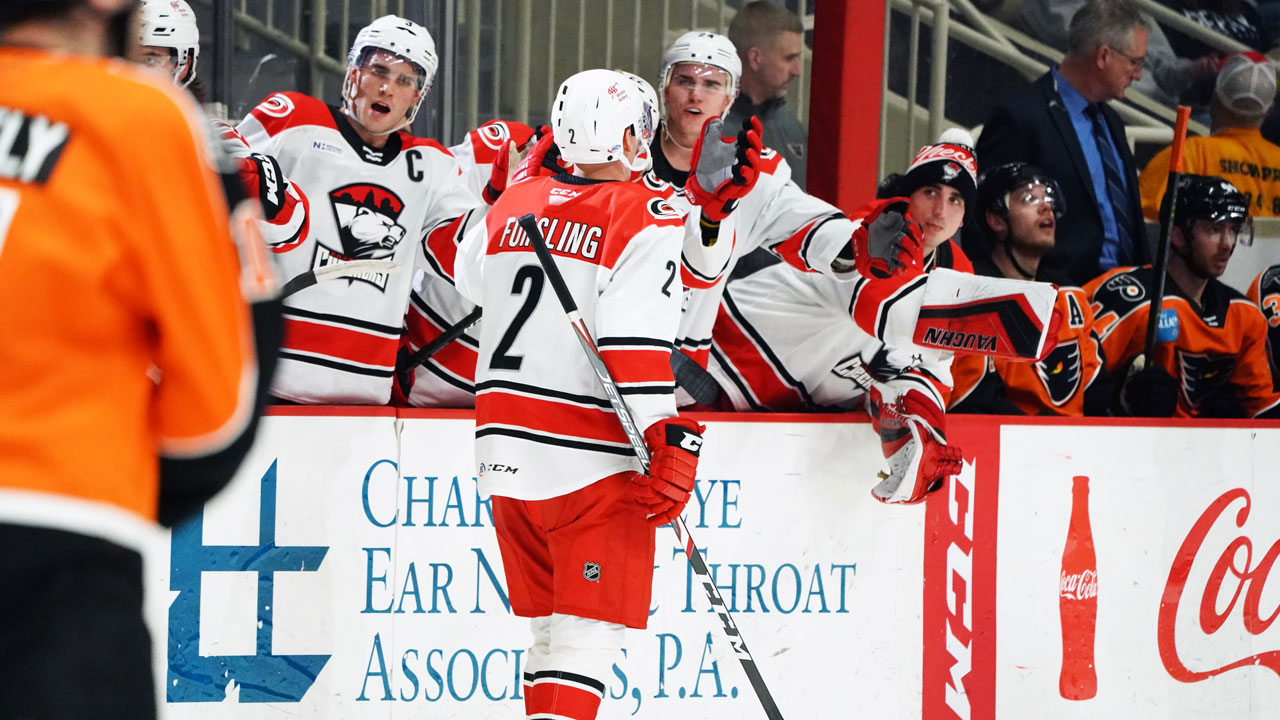 The officially playoff-bound Panthers enter the last full week of the regular season on a three-game win streak, which matches the number of games they have remaining. First place in the Central Division remains up for grabs, though Carolina is in the driver’s seat with a two-point lead and two games in hand relative to the Panthers. All of the Panthers’ remaining games are potential first-round previews – Dallas (tonight) is a possible match-up if Florida finishes first, while Tampa Bay (Saturday and Monday) could be the opponent in a 2/3 series.

Seemingly everything the Panthers touch turns to gold this season. New additions like Sam Bennett and even Spencer Knight are making key contributions, and offseason gambles on players that have something to prove (Carter Verhaeghe, Anthony Duclair) are paying off up and down the lineup. Former Checker Gustav Forsling is a prime example of that, as the preseason waiver pickup that spent all of last season in the AHL remains a top-pairing fixture on a contender. Plays like this in his two-assist performance on Saturday have prompted his Panthers teammates to give him the nickname “Bobby Orrsling.”

Barky gets the goal but let's also talk about Gustav Forsling here ? pic.twitter.com/vgoEICvYXx

The Crunch’s five-game win streak ended with a pair of losses to start the week, one of which was in overtime. They did however bounce back on Sunday with a 5-2 victory over Utica that pushed them to 16-9-2 on the season.

After missing approximately two months due to injury, former Checker Chase Priskie has four points (2g, 2a) in five games, including the below goal from Sunday’s victory. Also of note is the AHL season debut of Panthers prospect Ryan Bednard, the Greenville Swamp Rabbits’ standout goaltender, who went 1-1-0 with a 2.61 goals-against average and .915 save percentage in two games over the weekend.

The Swamp Rabbits’ four-game series with Jacksonville clearly started off on the wrong foot with an 8-1 loss on Friday, but they were able to bounce back with points in their next two games via an overtime loss and a win. Greenville is now second in the North Division and eight points clear of the playoff cuttoff line, though all of the teams chasing them, including Jacksonville, have as many as four games in hand. The ECHL regular season is a relative marathon compared to the other leagues, starting the earliest and stretching another month.