Weekly Report: Former Checkers in the NHL Playoffs and More 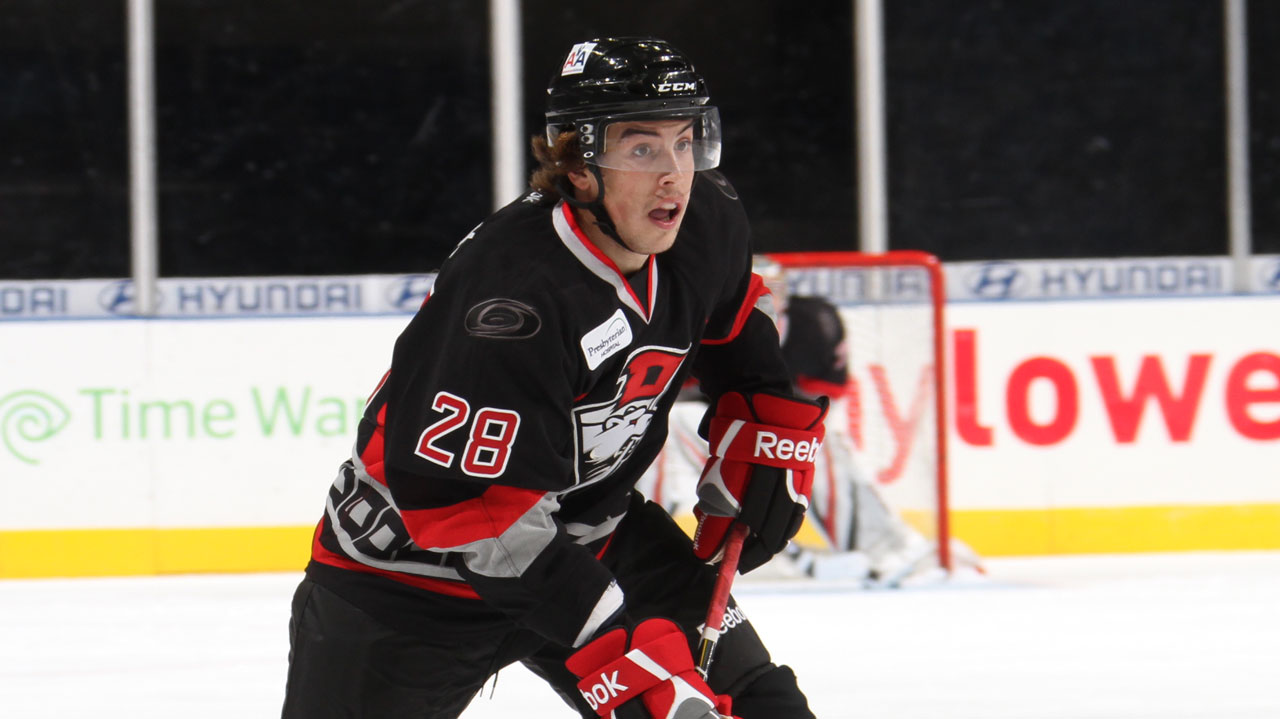 Our NHL affiliate steamrolled its way through the final portion of its regular season and will enter the playoffs on a six-game win streak that includes impressive 5-1 and 4-0 victories against its first-round opponent, the Tampa Bay Lightning. Those wins allowed the Panthers to claim home-ice advantage in the first round but weren’t quite enough to claim the division title, as Carolina held on to that distinction despite dropping its last three contests.

Gustav Forsling, who has thrived since his promotion to the team’s top defensive pairing, had three points (1g, 2a) in three games last week and continues to lead the team’s contingent of former Checkers players that also includes centers Eetu Luostarinen and Lucas Wallmark. A handful of would-be/could-be Checkers have stepped up to the plate as well, with Grigori Denisenko (four points in his last four games) and Spencer Knight (4-0-0 as a pro) helping the Panthers down the stretch.

As of this writing the Panthers’ playoff schedule had not yet been released. The winner of their series against Tampa will move on to face the winner of Carolina/Nashville.

Though the AHL will not have a formal playoffs this year outside of the Pacific Division’s tournament, Syracuse and Utica still managed to pull off a five-game, home-and-home series in May. Though many Panthers prospects that had spent much of the year in Syracuse have moved up to the Panthers’ taxi squad in these late stages of the season, the Crunch still got the better of the match-up with three victories.

Of those prospects, Chase Priskie posted a goal and a plus-3 rating on Friday, while fellow defenseman Lucas Carlsson posted three assists and a cumulative plus-6 rating in his last four games. Rookie center Henry Bowlby had his most productive stretch of the season with five points (2g, 3a) in four games.

The Crunch have just one game remaining in their season this Saturday at Rochester.

Our ECHL affiliate won three of four games last week to continue to solidify its playoff positioning down the stretch. With 12 games still to play, the Swamp Rabbits continue to hold the second seed in the East Division, are 10 points clear of the cutoff line and control their own destiny despite playing more games than every team below them in the standings.

Panthers prospect Patrick Bajkov continued his strong late-season play with five points in four games last week, including the game’s only goal last night. He now ranks third on the team with 33 points in 44 games.

NET = PROTECTED ✅
It takes 1 to get 2 tonight in Orlando! pic.twitter.com/uVLfFPb4sX