Weekly Report: Former Checkers on the Move at the NHL Trade Deadline and More 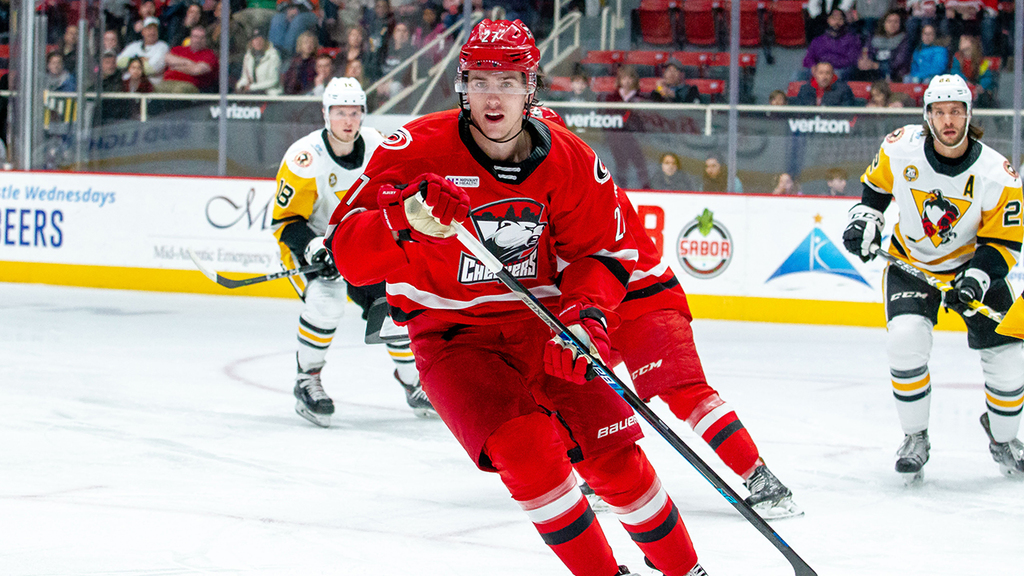 The week heading into the trade deadline was a tough one for the Panthers, who followed up the six-game win streak we highlighted in this space last week with three straight losses. They scored just three total goals in their losing streak, with former Checker Alex Nedeljkovic’s third shutout of the season for Carolina a major factor in that.

That said, the team should get a jolt as Florida made the kind of additions you would expect from a team looking to set itself up for a deep playoff run, adding center Sam Bennett, defenseman Brandon Montour, winger Nikita Gusev, defensive prospect Lucas Carlsson and depth at center with former Checker Lucas Wallmark, who returns for his second stint with the Panthers.

All of those moves were achieved without taking any regular players out of the lineup, though they did part ways with former first-round draft choice Henrik Borgstrom, a former AHL All-Star who spent parts of the last two seasons with the Panthers’ previous affiliate in Springfield, and 2020 second-round draft choice Emil Heineman – not to mention a few draft picks.

Florida will get a chance to try out some of its new additions Tuesday against Dallas before moving on to finish a three-game road swing with a pair of games against the Lightning.

The Crunch split a pair of games last week, first losing 4-3 to Rochester and then topping Utica, which had just returned to action after a month off due to COVID-19 protocols, by a 5-1 score on Saturday.

Panthers prospect Samuel Montembeault picked up both victories for the Crunch, extending his personal win streak to five games. During that run, he has a 1.78 goals-against average and .937 save percentage with one shutout. Another Panthers prospect, defenseman and 2019 second-round draft choice Vladislav Kolyachonok, made his North American pro debut for the Crunch on Saturday after spending the earlier part of the season in the KHL.

The Swamp Rabbits took four points from their four straight games against the Orlando Solar Bears last week, starting out 0-1-2 before ending on a high note with a 5-0 victory on Sunday. Panthers prospect Patrick Bajkov had four points (1g, 3a) in the week, while goaltender Ryan Bednard stopped 73 of 78 shots in his two starts.

Still third in an Eastern Division that will see the top four teams qualify for the playoffs, the Swamp Rabbits are four points clear of South Carolina, which has four games in hand. Greenville now heads out on a three-game tip to face the first-place Florida Everblades.