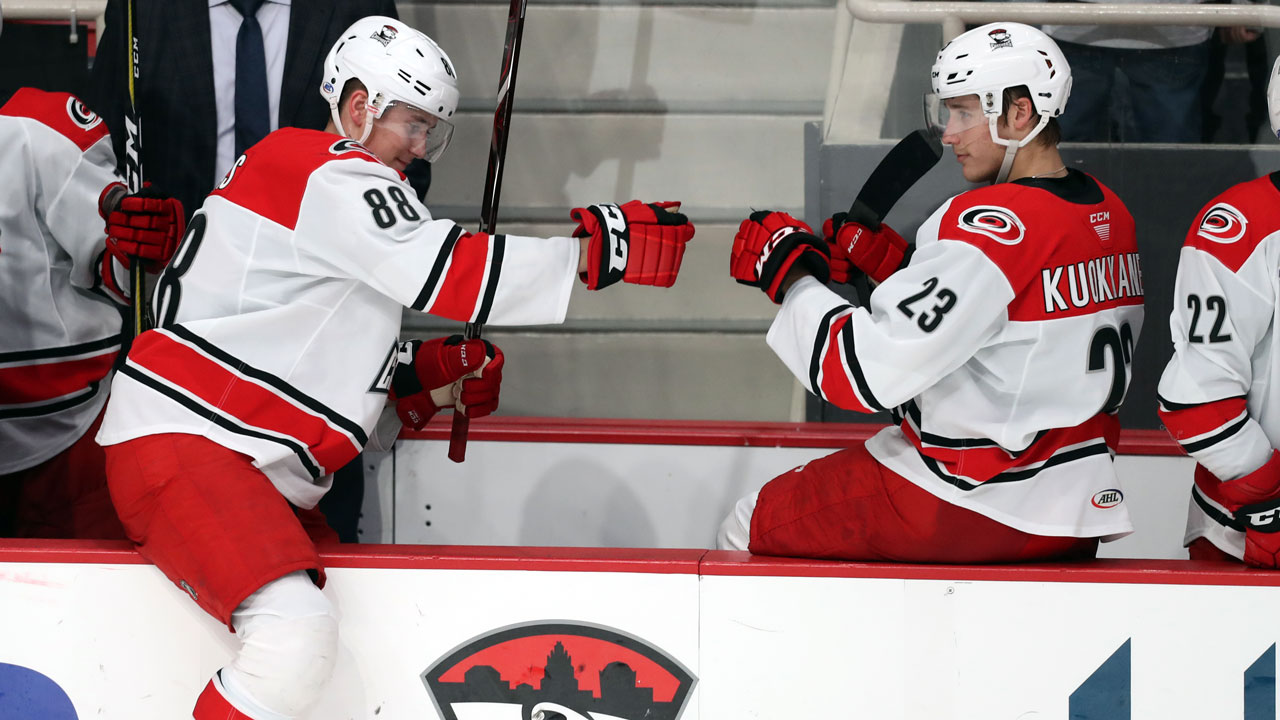 The injury bug took its first big bite out of the Panthers this week. First it was captain and MVP caliber forward Aleksander Barkov who missed a game. Patric Hornqvist went down a few days later, costing the team two of its top three goal scorers at the time.

While neither injury was thought to be too severe as of this writing, the same cannot be said for defenseman Aaron Ekblad - the first overall pick in 2014, the team’s No. 1 defenseman and a breakout Norris Trophy candidate. He left Sunday’s win against Dallas and the Panthers expect to be without him for a significant amount of time.

Despite the losses, the Panthers, who had dropped two games in Chicago to start the week, were able to snap their first three-game losing streak of the season with back-to-back wins against Dallas over the weekend. Up next is a pair of two-game series against Detroit and Columbus, the bottom-ranked teams in the Central Division, at home. Florida retains a tight hold on third in that divisional race, with leaders Tampa and Carolina each within two points.

The Panthers made an AHL roster move on Sunday, recalling forward Aleksi Heponiemi to their taxi squad from the Syracuse Crunch. Heponiemi, who scored the overtime winner in his NHL debut earlier this season, had not played for Syracuse since Feb. 17.


DID IT FOR EKKY ❤️ pic.twitter.com/MDvBVT6vCV

The Crunch got two of their three scheduled games in this week and won both on strong offensive showings – a 6-3 win against Wilkes-Barre/Scranton on Wednesday and a 4-3 victory against Rochester on Friday. For the second straight week, their Saturday game was postponed due to COVID-19 protocols affecting the Utica Comets.

Forward Grigori Denisenko, in his first game back from the Panthers, scored an overtime winner on Friday to give the Crunch their fourth straight win. The temporary joint affiliation between Florida and Tampa Bay is now 7-5-1 on the season.


Deni with the game-winner! ? pic.twitter.com/ssQVk3rKpA

Our ECHL affiliate started a three-in-three against Jacksonville with a Friday loss, only to rebound with victories on Saturday and Sunday.

A pair of Panthers prospects factored heavily on the team’s scoring over the weekend, with Greg Meireles, recently back from Syracuse, scoring the overtime winner on Saturday. Patrick Bajkov had three points in that game and followed that up with a pair of assists on Sunday.

The Swamp Rabbits, now up to third in the Eastern Division, will play four games against this week against South Carolina, one of the teams chasing them for a playoff spot. The series starts on Wednesday and then continues with the usual weekend three-in-three starting Friday.