Weekly Report: Panthers in Race for First, a Big Week for Nicolas Roy and More 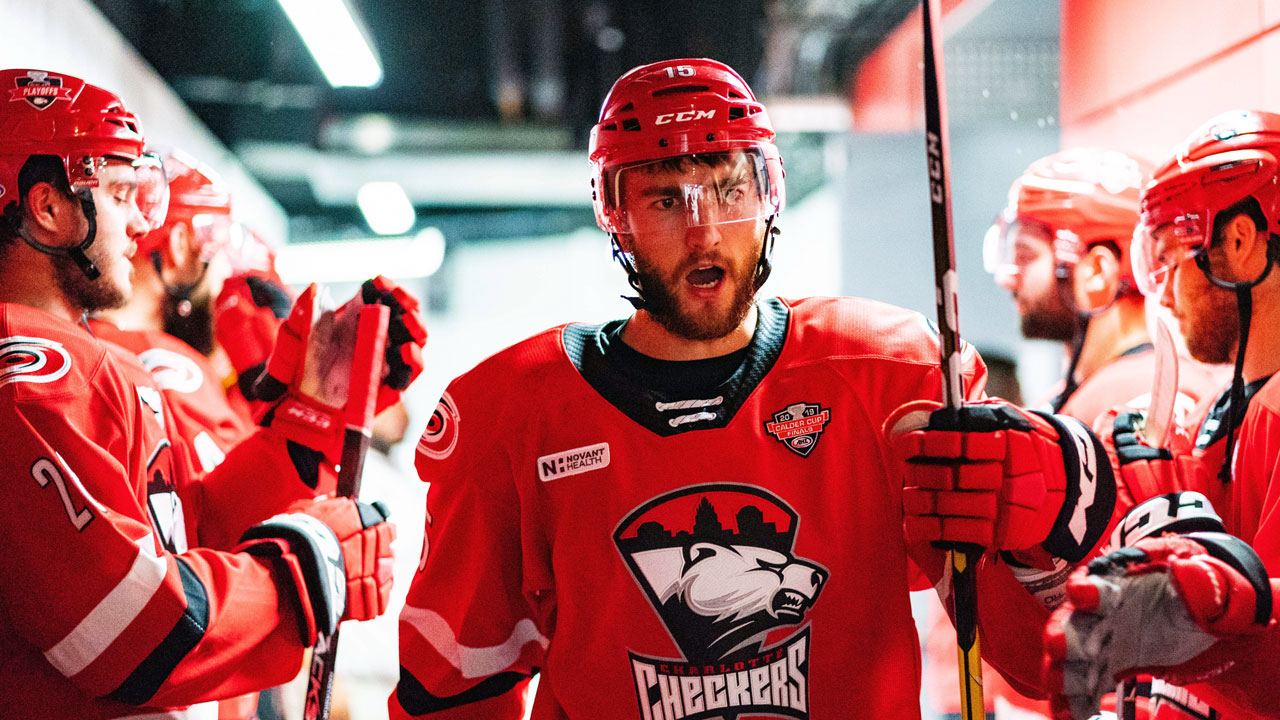 The Panthers snapped their three-game losing streak in a big way this week, taking five out of a possible six points from games against Dallas and Tampa Bay. The team’s trade deadline additions came up big in their most recent win against the Lightning on Saturday, with Brandon Montour (goal), Sam Bennett (two assists) and Nikita Gusev (one assist) all finding the score sheet.

Florida, which leapfrogged Tampa Bay to place second in the Central Division heading into this week, plays a back-to-back set against Columbus starting Monday before a big two-game set against first-place Carolina, a team they have struggled to beat this season, on Thursday and Saturday. The race for first in the division will be one to watch down the stretch, as the winner will get to take on whichever team finishes a distant fourth while the No. 2 and 3 seeds will go head-to-head in what should be the toughest first-round match-up in the league.

Lucas Wallmark was back in the lineup for Florida’s last two games, effectively taking the place of Eetu Luostarinen. Rounding out former Checkers in Florida, Gustav Forsling continues to play a big role on the team’s top defensive pairing and quarterbacked their overtime winner against Dallas on Tuesday.

FOREVER IN THE CLUTCH! pic.twitter.com/niZnizxN6b

The Crunch opened the week up with a pair of tough losses against the Utica Comets – one of which saw Panthers prospect Samuel Montembeault make 42 saves and still lose 5-1 – before rebounding to defeat Wilkes-Barre/Scranton on Saturday. In terms of points percentage, the Crunch now rank fourth in the North.

The Panthers made a handful of transactions with Syracuse to refresh the fringes of their NHL roster over the course of the week. Forward Aleksi Heponiemi and defensemen Brady Keeper and Lucas Carlsson are all headed to the Crunch, while forwards Cole Schwindt and Scott Wilson are now on the Panthers’ taxi squad. Additionally, the Crunch recalled defensive prospect Alec Rauhauser from Greenville and gave him his AHL debut on Saturday.

The Swamp Rabbits won two out of three games to make it a productive road trip against the first-place Florida Everblades last week. Those hard-fought points, earned with two straight wins after dropping the first meeting, give Greenville some much-needed breathing room in the race to secure a playoff spot. They are now seven points clear of fifth-place South Carolina, which has three games in hand.

Panthers prospect Ryan Bednard continued to star in goal for the Swamp Rabbits. After stopping all 10 shots he faced in a relief appearance in Wednesday’s loss, he made 30 saves in Friday’s 4-2 victory and then put up a 19-save shutout on Saturday. He leads the league with 18 wins and four shutouts and ranks tied for fourth with a 2.46 goals-against average.

Ryan Bednard was sensational again and recorded his ECHL-best 4th shutout of the season in a 3-0 win over Florida!! Here are the game highlights presented by @AndersonUnivSC online & continuous learning pic.twitter.com/xVaDL5Raag