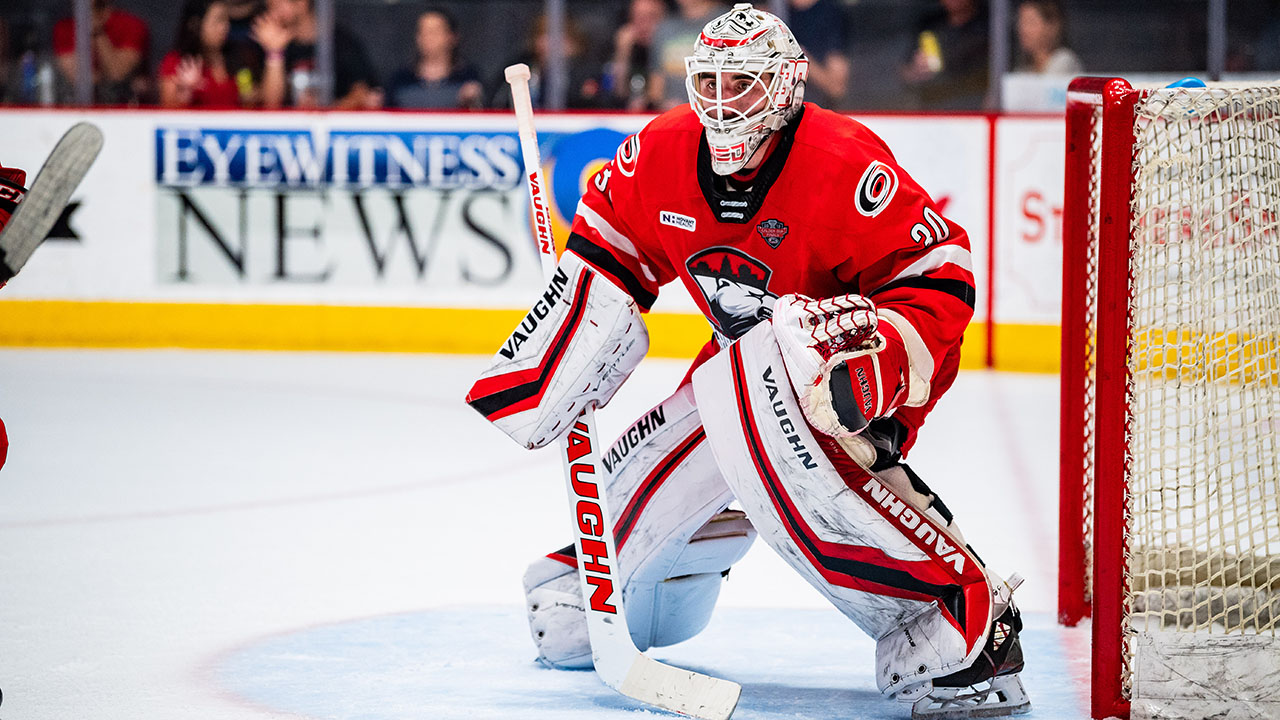 The Panthers kept chugging along despite the losses of a handful of key players due to injury, taking care of two of their weaker Central Division rivals, Detroit and Columbus, twice each to run their winning streak to six games. They are now lead the NHL with 56 points ahead of upcoming games against Carolina on Tuesday and Thursday.

Former Checker Gustav Forsling, already a key member of the Panthers’ defense, has seen a significant increase in responsibilities following the season-ending injury to Aaron Ekblad. Forsling is now on the top pairing alongside Mackenzie Weegar and posted one goal, three assists and a cumulative plus-8 rating for the week.

On-ice success aside, the Panthers’ move that may affect the Checkers the most was the signing of goaltender Spencer Knight to his entry-level contract. The 2019 first-round pick, World Junior champion and Hobey Baker finalist is on the Panthers’ taxi squad and will begin his first full professional season in the fall.

While we won’t bet against him making the NHL roster next season if there’s room for him (he seems as equipped as any 20-year-old goaltender could be to do so), if he does go the more traditional route of getting his feet wet in the AHL, he would be one of the most highly-touted prospects to ever come through Charlotte.

We’ve agreed to terms with Spencer Knight (@slknight30) on a three-year, entry-level contract!

Following another postponement of a scheduled game against Utica, the Crunch defeated Rochester on Friday to extend their win streak to five games but ended the week with a 5-3 setback in Saturday’s rematch.

Panthers first-round draft pick Grigori Denisenko posted three points (1g, 2a) in the week to give him seven (4g, 3a) in seven AHL contests this season. He has found the score sheet in every game except one – his second pro game back on Feb. 10.

Rookie defenseman John Ludvig was another standout performer with a goal and an assist on Saturday, giving him six points (2g, 4a) in his last seven games.

Our ECHL affiliate in Greenville took two of three games against the South Carolina Stingrays, successfully increasing the distance between the third and fourth placed teams in the Eastern Division.

Checkers signee Greg Meireles had a big game in Wednesday’s 5-3 win with two goals and an assist, giving him 22 points (9g, 13a) in 28 ECHL games this season. Panthers prospects Alec Rauhauser and Patrick Bajkov also found the back of the net for the Swamp Rabbits, who will play four consecutive games against Orlando, another team chasing them in the standings, this week.

As Meireles shows in this play, sometimes funny things can happen when you get the puck on net.

Greg Meireles with his 2nd of the night and it is now 5-2 Rabbits!#RabbitsRising pic.twitter.com/oJZt2QEsxB