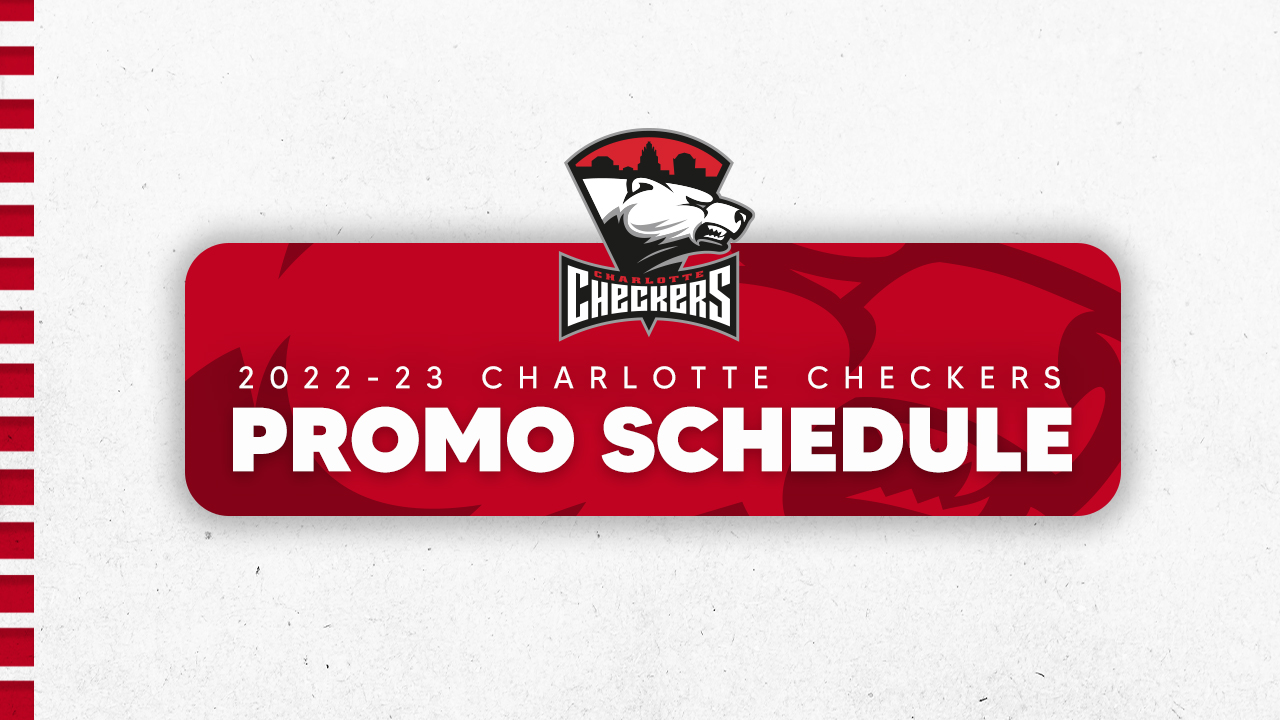 The full slate can be found here.

The season kicks off with Opening Night on Oct. 14, which will feature a calendar giveaway presented by Novant Health and a ticket package including a black crown logo shirt - matching the team’s new alternate jerseys which will be debuted that night.

The Checkers will don three specialty jerseys throughout the season - one on Jan. 21’s North Carolina Night presented by Novant Health, one on Feb. 11’s Military Appreciation Night presented by Independence Fund and one on March 11’s 90s Night presented by Helacious. Each set of game-worn jerseys will be auctioned online around that contest.

Alongside the calendar on Opening Night, the promo schedule will feature a string of giveaway items such as a blanket on Share The Warmth Night presented by Piedmont Natural Gas (12/17) and a bobblehead on Fan Appreciation Day presented by Novant Health (4/1). Additionally, there will be a variety of ticket and merch packages for theme nights that will be revealed throughout the year.

Fans will also notice the return of three ongoing promotions - five Winning Wednesdays (featuring dollar beer and the chance for a free ticket to the next Winning Wednesday if the Checkers claim a victory), five College Nights and six Family Pack Nights presented by Fairfield Inn & Suites.