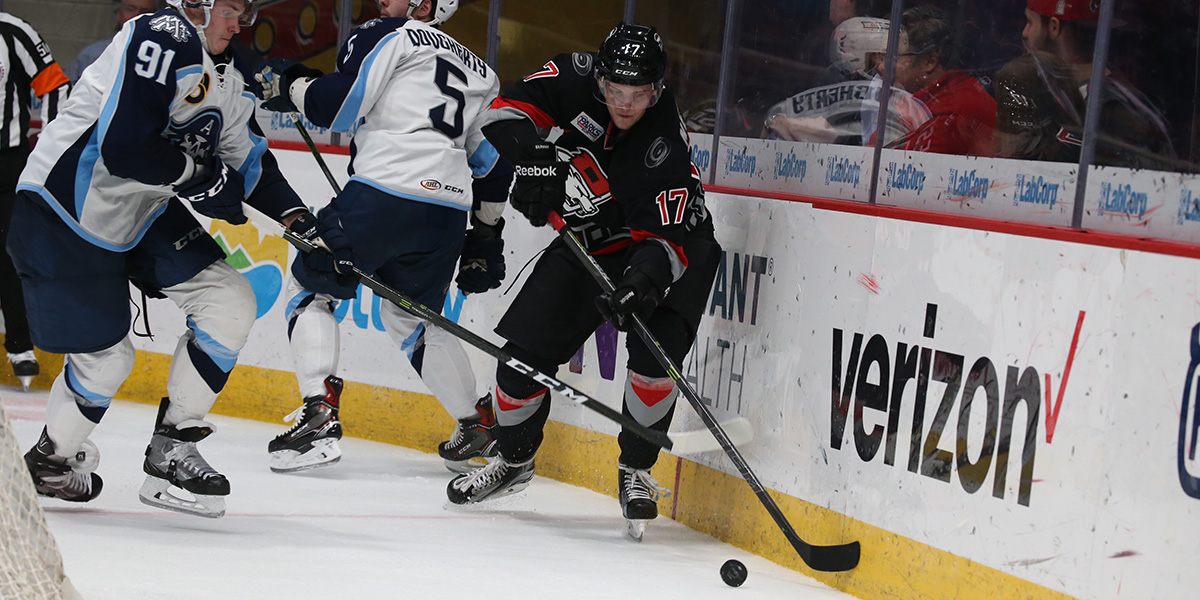 With two more games this weekend to wrap up their six-game home stand, the Checkers have received a pair of reinforcements in Andrej Nestrasil and Tyler Ganly.

Nestrasil returns to Charlotte after being recalled by Carolina and appearing in their contest Wednesday in Tampa Bay, his 19th NHL game this year. Prior to that, Nestrasil had logged 18 straight games with the Checkers, piling up 10 points along the way.

Ganly joins the Checkers from the Florida Everblades, where he has spent the last 11 games. The second-year blue liner suffered an injury during training camp that kept him out for much of the first half of the season, rehabbing in Charlotte until he was cleared to play, at which point he headed to Florida. Ganly, who picked up one assist during his time with the Everblades, appeared in 26 games for Charlotte as a rookie last year, tallying two helpers and 23 penalty minutes.

With Patrick Brown still in Carolina, today’s moves give the Checkers some flexibility with their lineup heading into the weekend, as they will now have a healthy extra at both forward and defense.