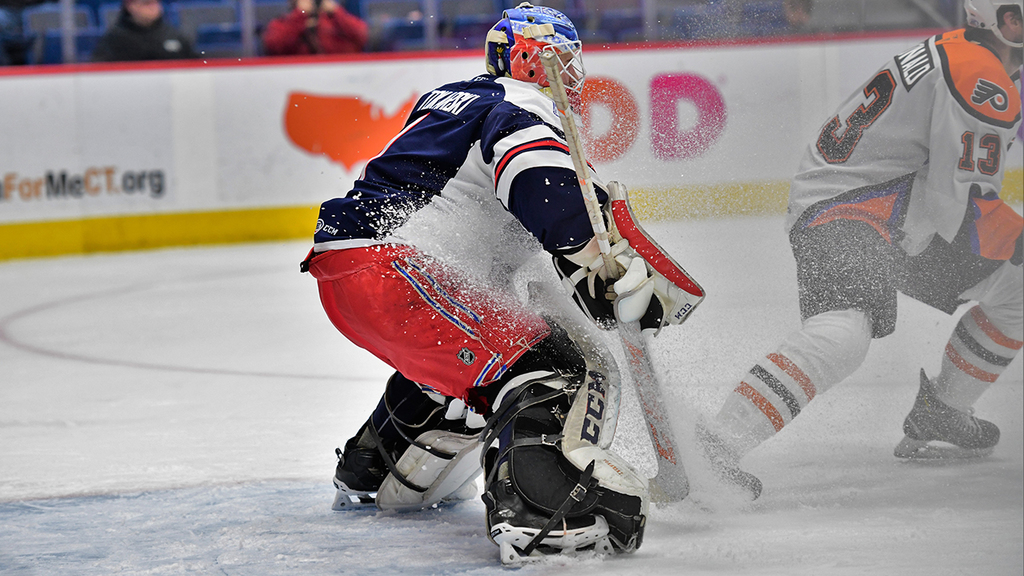 The Checkers continue to gear up for a playoff run, acquiring veteran goaltender Dustin Tokarski from the Hartford Wolf Pack in exchange for Josh Wesley.

The 29-year-old Tokarski is in his 10th pro season and has posted a 176-115-14 record with 2.55 goals-against average and a .910 save percentage over 336 AHL games with Norfolk, Syracuse, Hamilton, St. John’s, San Diego, Lehigh Valley and Hartford. Tampa Bay’s fifth-round pick in 2008 has also logged 34 NHL games over his career with Tampa, Montreal and Anaheim. Tokarski, a native of Saskatchewan, has earned titles both as a pro and in junior, capturing a Calder Cup in 2012 with the Admirals and a Memorial Cup in 2008 with the Spokane Chiefs

This season Tokarski has logged more games than any other netminder in Hartford and picked up the most wins, posting a 10-6-0 record with a 3.10 goals-against average and a .901 save percentage for a Wolf Pack club currently sitting in last place in the Atlantic.

Welsey heads to Hartford from the ECHL’s Florida Everblades, where he has notched 14 points in 39 games. A fourth-round pick in 2014 by Carolina, the blue liner has appeared in six games for Charlotte this season – but only once since Dec. 7 – and picked up a pair of assists during his AHL stint.

The Checkers return to action Friday to kick off a two-game home set against the Binghamton Devils.