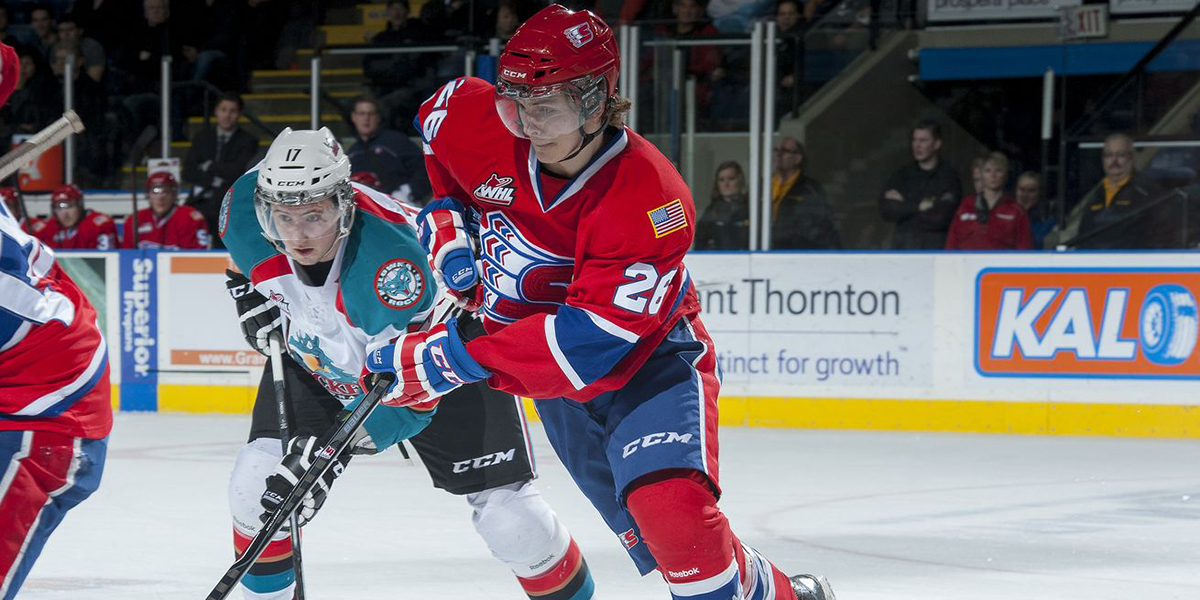 With junior seasons coming to an end, the Checkers have brought on their first up-and-coming prospect in Hudson Elynuik, who inked an amateur tryout contract with Charlotte on Tuesday.

Elynuik, 19, was selected by Carolina in the third round of the 2016 NHL Draft. The Calgary native recently wrapped up his fourth WHL season, ranking third on the Spokane Chiefs with 73 points (29g, 44a) in 64 games. Over his WHL career, Elynuik has racked up 137 points (53g, 84a) over 209 games with Kootenay and Spokane.

The 6-foot-5 center will join the Checkers Tuesday and could be an option to make his pro debut this week against Iowa. Elynuik is the first of what could be several players from junior and overseas to join Charlotte at the end of the season. Last season saw Nicolas Roy come aboard for a pair of games, while Haydn Fleury and Roland McKeown got a taste of the pro game the year before.

Elynuik, who turns 20 in October, would be eligible to play for the Checkers next season.