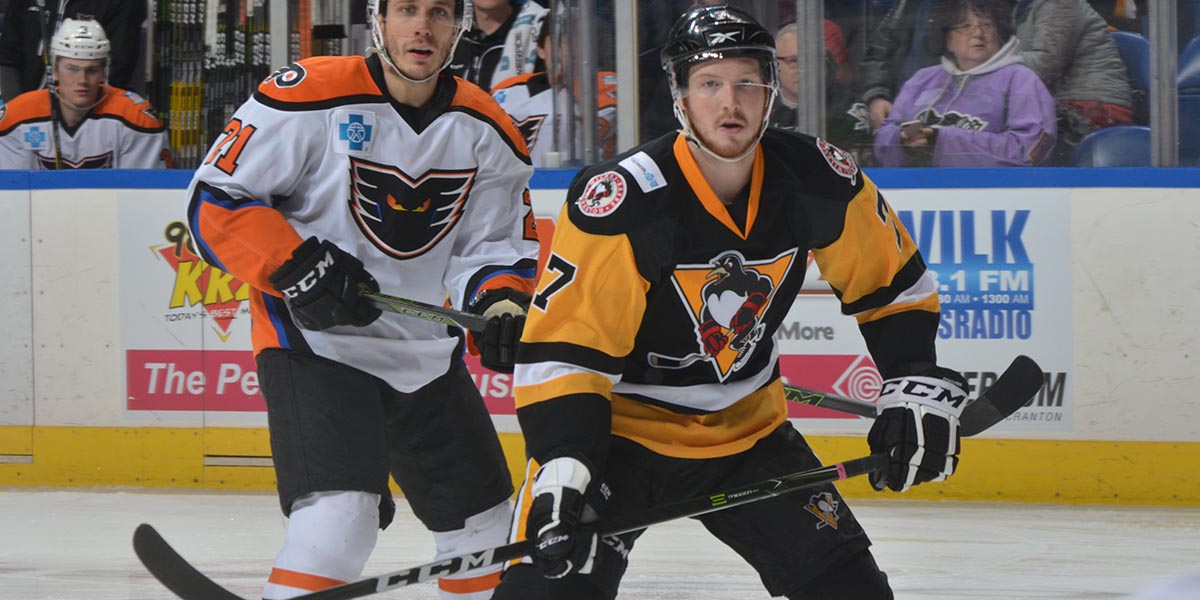 The Hurricanes have made another deal leading up to the trade deadline, giving the Checkers a boost up front by acquiring Danny Kristo from Pittsburgh.

The 26-year-old Kristo has been a force during his time in the AHL, racking up 153 points (78g, 75a) in 257 AHL games over three and a half seasons with Hartford, Chicago and Wilkes-Barre/Scranton. Kristo netted at least 20 goals in each of his first three pro seasons and set a career high with 48 points last season with the Wolves.

A native of Ednia, Minnesota, Kristo was selected in the second round of the 2008 draft by Montreal before kicking off a four-year career at the University of North Dakota, where he led his team to three WCHA titles and was named a Hobey Baker Award finalist during his senior year.

This marks the second time this season that Kristo has been traded, as St. Louis swapped him with Pittsburgh in November. His numbers took a dip with W-B/S, having recorded 11 points in 32 games with the Penguins this season, but the Checkers are quite familiar with the scoring touch he possesses. In eight games against Charlotte last season, Kristo piled up 12 points with the Wolves.