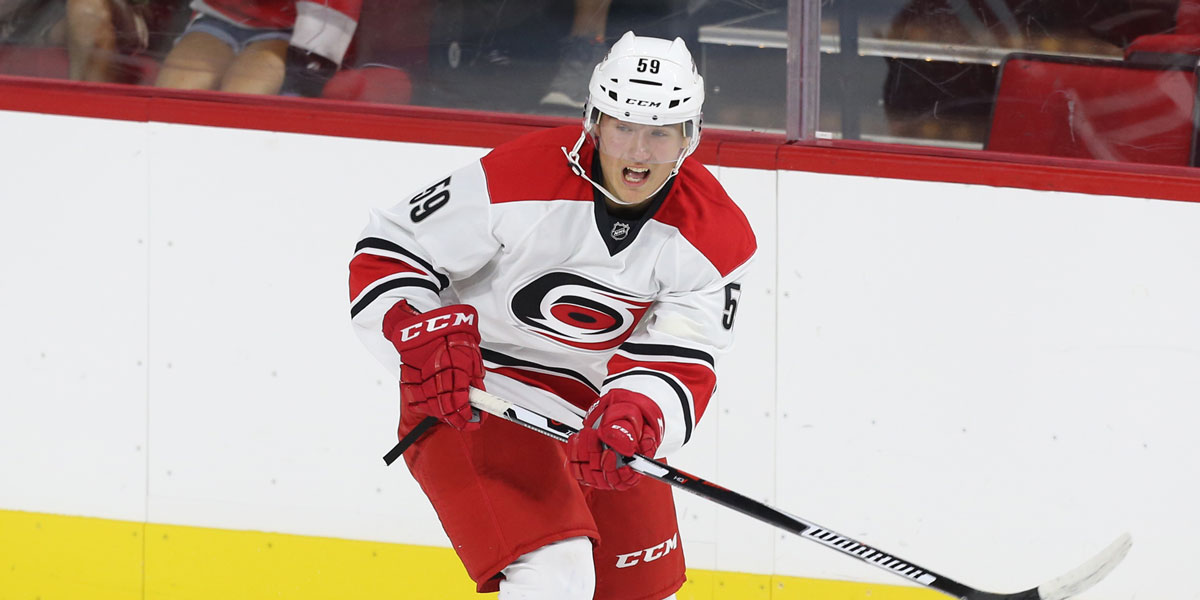 The Checkers’ already potent offense got a boost today as the Hurricanes have assigned Janne Kuokkanen to Charlotte.

The Finnish-born center was picked 43rd overall by Carolina in the 2016 draft and began this season in the NHL, appearing in four games with the Hurricanes while being held off the score sheet. Kuokkanen made his North American pro debut in last year’s Calder Cup playoffs, suiting up for the Checkers in Game 3 of their first-round series against the Chicago Wolves.

The 19-year-old honed his skills in the junior leagues of his home country before jumping to the OHL in 2016-17. Kuokkanen ranked fourth on the London Knights in goals, assists and points in his lone season there, racking up 62 points in 60 games.

The Checkers are preparing to embark on a three-week, eight game road trip starting this Friday in Belleville. The team is currently housing 16 forwards with the new addition of Kuokkanen, though Sergey Tolchinsky missed Sunday’s game with an injury and Warren Foegele missed both weekend contests due to illness.