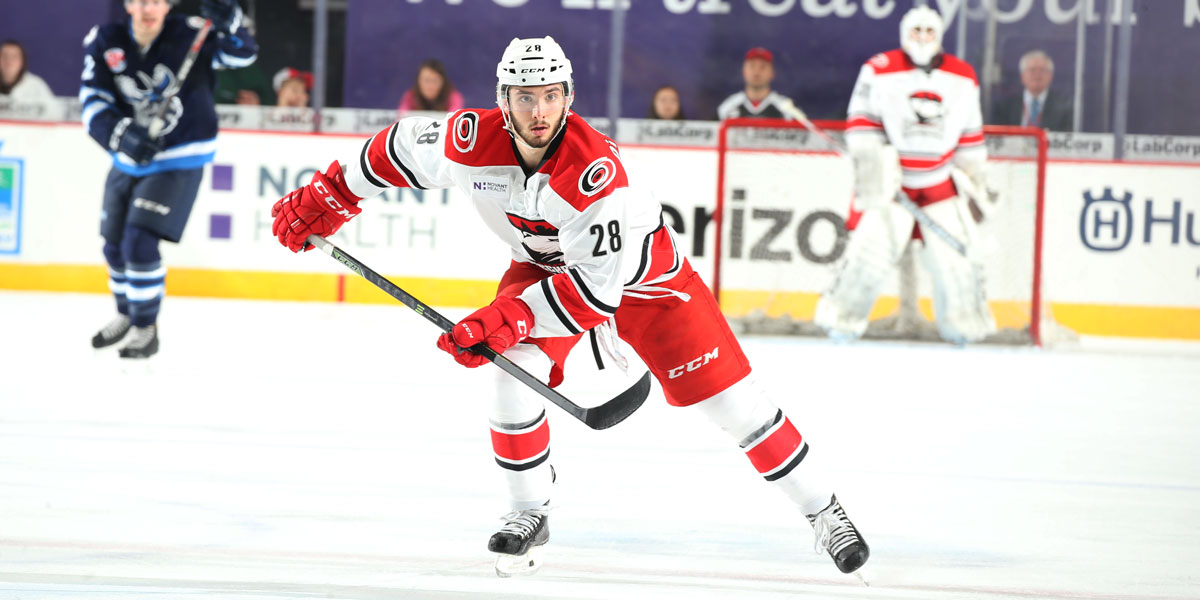 After a prolonged stint with Carolina, forward Phil Di Giuseppe will return to the Checkers this weekend.

The 23-year-old winger spent the first season and a half of his professional career with Charlotte, posting 49 points (19g, 30a) in 104 career AHL games, before making good on his first taste of NHL action with the Hurricanes last winter. A second-round pick by the Hurricanes in 2012, Di Giuseppe has not played an AHL game since Jan. 30 of last season.

At the time of his assignment, it was not clear as to whether Di Giuseppe would be able to join the Checkers in time for Friday’ night’s road game against the Iowa Wild. That contest marks the middle of a three-games-in-three-nights set for Charlotte, which will attempt to match a franchise record with its sixth consecutive victory.