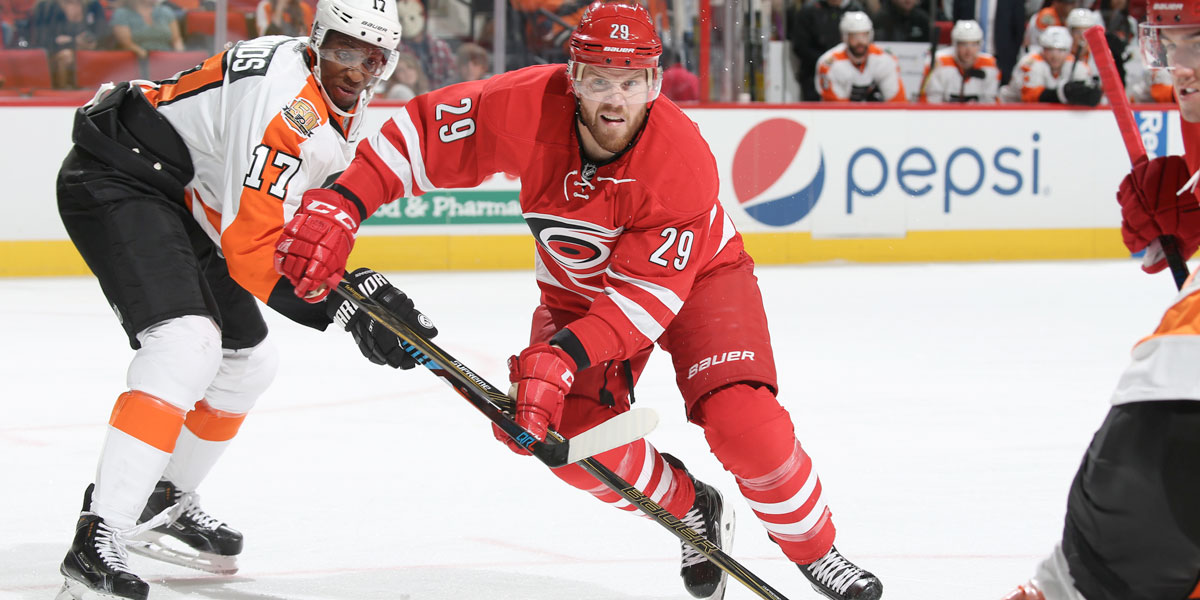 The Hurricanes placed Bickell, who has not played since receiving the diagnosis in November, on waivers Thursday with the intention of assigning him to Charlotte should he clear at noon on Friday. If Bickell does clear, he would be available to play for the Checkers beginning with Friday night’s home game against Cleveland.

UPDATE: Bickell cleared waivers on Friday but was not expected to play in that night's game against Cleveland. He could enter the lineup as soon as Saturday night's 6 p.m. rematch at Bojangles' Coliseum.

Bickell, a three-time Stanley Cup winner with Chicago (2010, 2013 and 2015) who joined the organization via trade during the offseason, was out “indefinitely” upon announcement of his diagnosis but hoped to continue playing at some point.

"Since the 2015 playoffs, I've been struggling to understand what was going on with my body," said Bickell in the November statement announcing his diagnosis. "Again during the past few weeks, it felt like something wasn't right. Obviously this is a bit of shock for my family and me, but I am hopeful I will be able to return to the ice and continue playing the game that I love."

Bickell, 30, had been practicing with the Hurricanes for the last several weeks, raising hopes that he could come back as soon as this season. Prior to his diagnosis, he scored one goal in seven games for Carolina, the most recent of which was Oct. 30.

Bickell could be one of three players making their Checkers debut Friday along with defenseman Philip Samuelsson, the son of coach Ulf Samuelsson who the Hurricanes acquired via trade on Tuesday, and forward Danny Kristo, who Carolina traded for earlier Thursday.