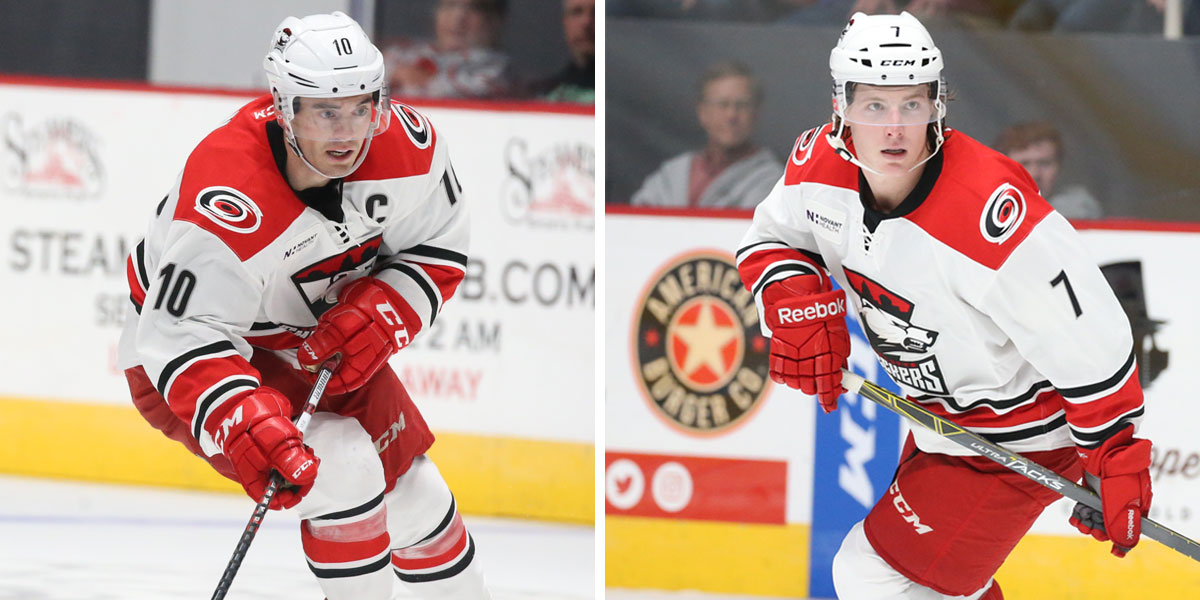 As they attempt to match a franchise record with what would be their sixth consecutive victory tonight, the Checkers will have to do so without two of their most impactful players.

The Carolina Hurricanes recalled forwards Derek Ryan and Brock McGinn, who rank first and third on the team in scoring, respectively, on Friday evening. Both players are expected to join the Hurricanes for Saturday’s game against Washington.

The recalls are partially offset but the Hurricanes’ assignment of Phil Di Giuseppe earlier Friday, though it remains unclear as to whether he will be in the lineup to face the Iowa Wild. Even if not, the Checkers should have enough players on their roster to compensate, with forwards Clark Bishop and Mitchell Heard available to re-enter the lineup after sitting out Thursday.

Ryan and McGinn, along with Valentin Zykov, formed a consistently dangerous first line for Charlotte – one that produced the first two goals in Thursday’s 5-4 win against the Wild. An AHL All-Star last season, Ryan is tied for third in the league with 13 points (5g, 8a) in nine games, while McGinn, who owns an active seven-game point streak (5g, 3a) that is tied for the longest posted by any AHL player this season, is tied with Ryan for the team lead in goals.

Both Ryan (two goals in six games) and McGinn (three goals in 21 games) earned their first taste of NHL action with the Hurricanes last season, with Ryan becoming the oldest player to make and score on his NHL debut with the Hurricanes on March 1 and McGinn scoring on his first NHL shift in October. They will attempt to spark a Hurricanes team that is off to a 3-6-4 start, including one win in its last six games.