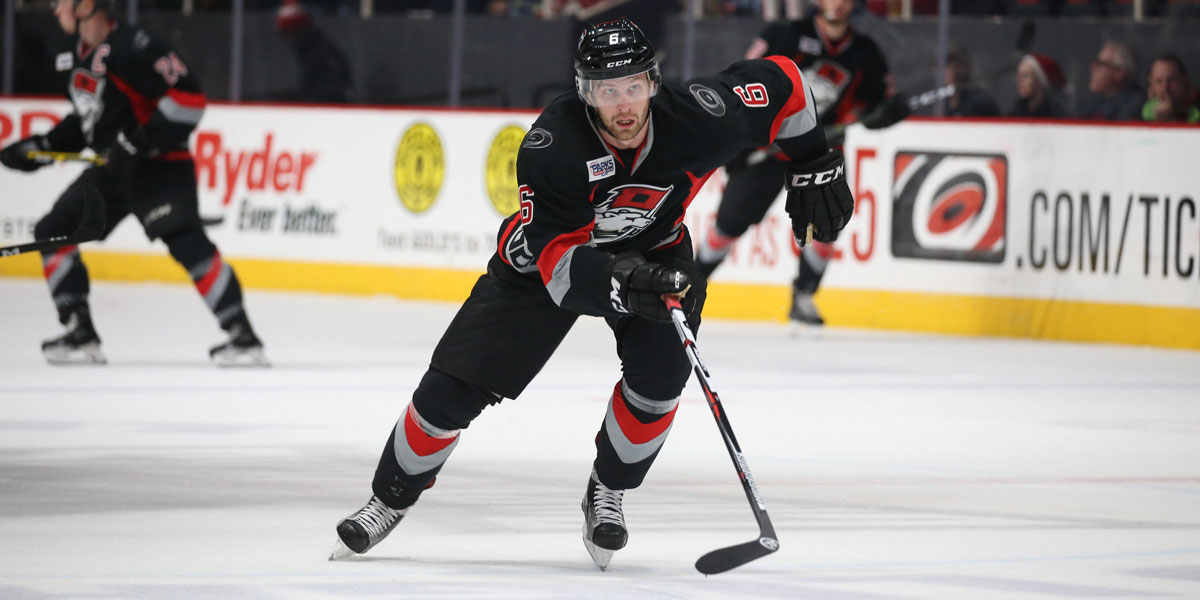 The Carolina Hurricanes have recalled defenseman Klas Dahlbeck from his conditioning stint with the Checkers. In a corresponding move, Charlotte has recalled Josh Wesley from the ECHL’s Florida Everblades.

Dahlbeck, 25, recorded one assist in six games with the Checkers that marked his first AHL contests since suiting up for Portland in April of 2015. The big Swedish blueiner will now return to a crowded defensive corps in Carolina that consists of eight healthy players including Ryan Murphy, who has not played since completing his own conditioning stint with the Checkers just prior to Dahlbeck’s.

Meanwhile, the recall of Wesley will give the Checkers seven healthy defenseman plus Trevor Carrick, the latter of whom has missed the last 10 games due to injury. Wesley, a 20-year-old rookie, has one goal in six AHL games with Charlotte and seven points (2g, 5a) in 10 games with the Everblades. He recently had a career-high, three-point outing (1g, 2a) in a Dec. 16 game against Atlanta.

Charlotte has two games remaining – Tuesday and Thursday in Cleveland - before beginning a week-long holiday break. They will not play another game at Bojangles’ Coliseum until Jan. 13.