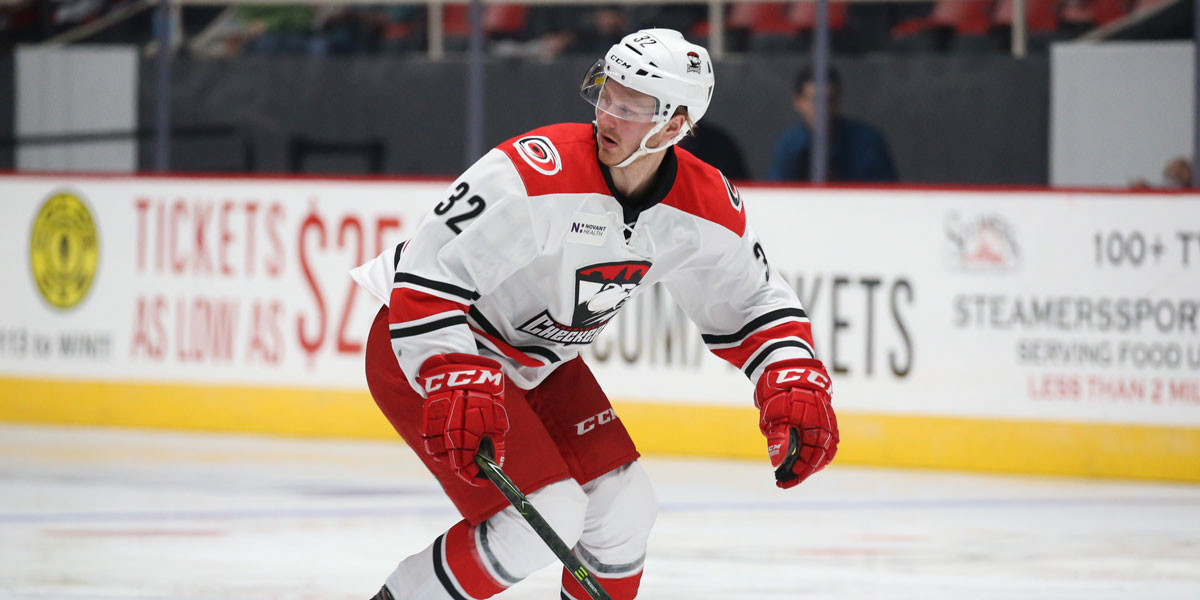 Lucas Wallmark will go from one playoff chase to another as he left the Checkers to join the Carolina Hurricanes on Sunday.

This marks the second recall of the season for Wallmark, who leads the Checkers and ranks second among league rookies with 23 goals this season. The 21-year-old Swede posted an assist during a three-game stint with Carolina earlier this month.

Wallmark did not play in the Checkers’ Sunday game against Chicago, a move that prevented him from potentially having to play four games in four days.

Even with the loss of Wallmark, an influx of healthy bodies over the last few days (Bryan Bickell, Clark Bishop and Brendan Woods all returned from injury over the weekend) allowed the Checkers to release Greger Hanson from his professional tryout contract. Hanson, who did not play in either of the Checkers’ last two games, will rejoin the ECHL’s Allen Americans.

Charlotte, saw its franchise-record, seven-game win streak come to an end on Sunday, will now embark on a four-game road trip that includes games against the Cleveland Monsters – one of three teams in tight competition for the playoff spot currently held by the Checkers – on Tuesday and Thursday.