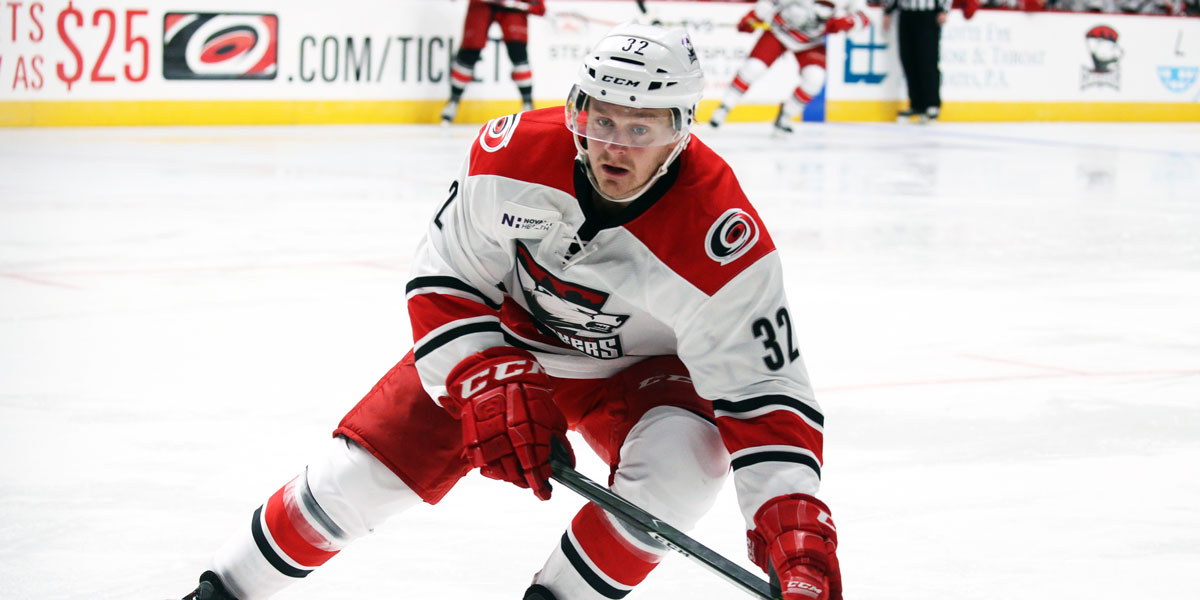 After giving him his first three NHL games this week, the Carolina Hurricanes reassigned rookie center Lucas Wallmark to Charlotte.

Wallmark, who leads the Checkers and is tied for second among AHL rookies with 21 goals, is expected to be available for Friday’s home game against the Ontario Reign. His return will be welcome in terms of both his offensive output and his mere presence, as recent injuries to Bryan Bickell, Erik Karlsson and Danny Kristo and other recalls to Carolina had left Charlotte thin up front at a crucial time of its season. Without Wallmark, the Checkers would have been without four of their top five goal scorers for tonight’s game.

Along with Patrick Brown, Phil Di Giuseppe and Valentin Zykov, the latter two of whom are currently out due to injury, Wallmark was one of four players in Carolina eligible to return to Charlotte this season.

While with the Hurricanes, Wallmark, 21, recorded his first NHL point, an assist during Tuesday’s home game against the New York Islanders. In his most recent AHL game at Manitoba one week ago today, he posted three points to give him 23 (13g, 10a) in his last 25 games since Jan. 7.