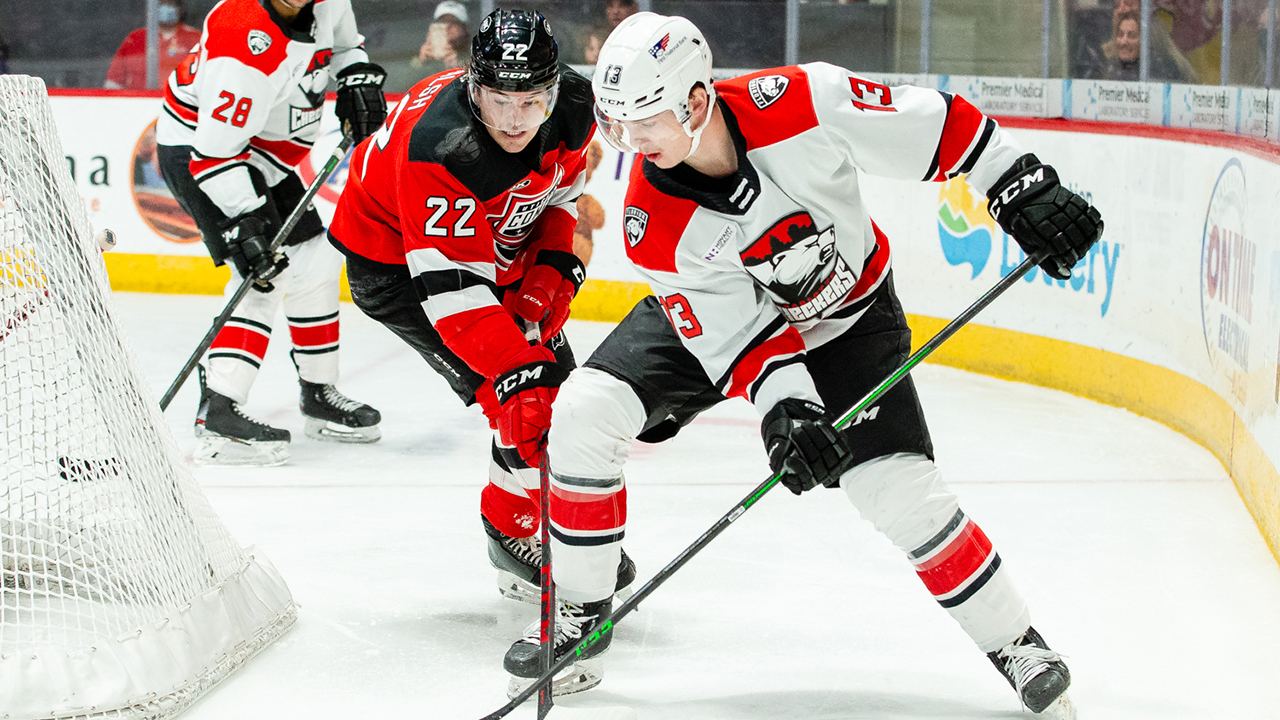 The Seattle Kraken made a pair of moves today, recalling Kole Lind and Joey Daccord from Charlotte.

Lind has posted seven points (2g, 5a) in 17 games for the Checkers this season and leads the team with 42 penalty minutes. The 23-year-old, who was selected by Seattle in the expansion draft, has appeared in one game for the Kraken this season.

In a corresponding move, the Checkers have recalled goaltender Evan Fitzpatrick from the ECHL’s Greenville Swamp Rabbits. Fitzpatrick, who is signed to an AHL deal with Charlotte, has posted a 2.03 goals-against average and a .927 save percentage in four games for the Swamp Rabbits this season.

Additionally, the Checkers have signed forwards Max Zimmer and Liam Pecararo to PTOs.

Pecararo currently leads the Swamp Rabbits in scoring and goals with 12 points (6g, 6a) in 11 games. The third-year-pro has accumulated 91 points (44g, 47a) in 103 career ECHL games - all with Greenville - as well as 10 games in the AHL with Springfield, where he has picked up two assists.

The Kraken visit the Red Wings tonight before starting a four-game home stand on Friday, while the Checkers are heading into a three-in-three road trip that kicks off Friday in Lehigh Valley.