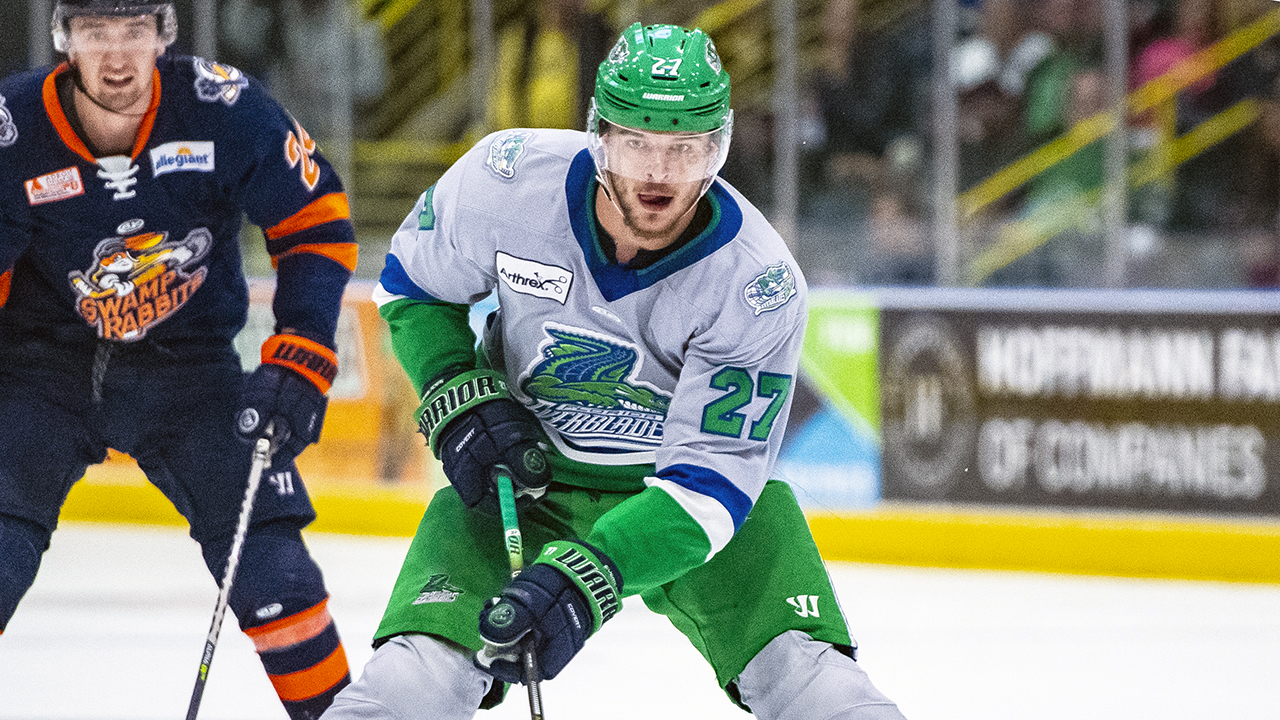 Defenseman Lukas Kaelble is the latest player to join the Checkers on an AHL contract.

Kaelble, 24, has agreed to a two-way AHL/ECHL deal for his first full professional season. Originally from Mannheim, Germany, he made his pro debut with the Florida Everblades at the conclusion of his collegiate career last season, scoring six points (1g, 5a) in nine regular-season games for the Checkers’ new ECHL affiliate and six more (1g, 5a) during the run to a Kelly Cup Championship.

Prior to turning pro, Kaelble (6-foot-1, 185 pounds) played four seasons as Lake Superior State University, where he served as captain in 2020-21, and one additional campaign as a graduate transfer at Clarkson University. For his collegiate career, he totaled 79 points (14g, 65a) in 163 games.

Internationally, Kaelble has represented Germany several times at the junior level, most recently at the 2017 U20 World Junior Championship (D1A), where he posted two points (1g, 1a) in five games.