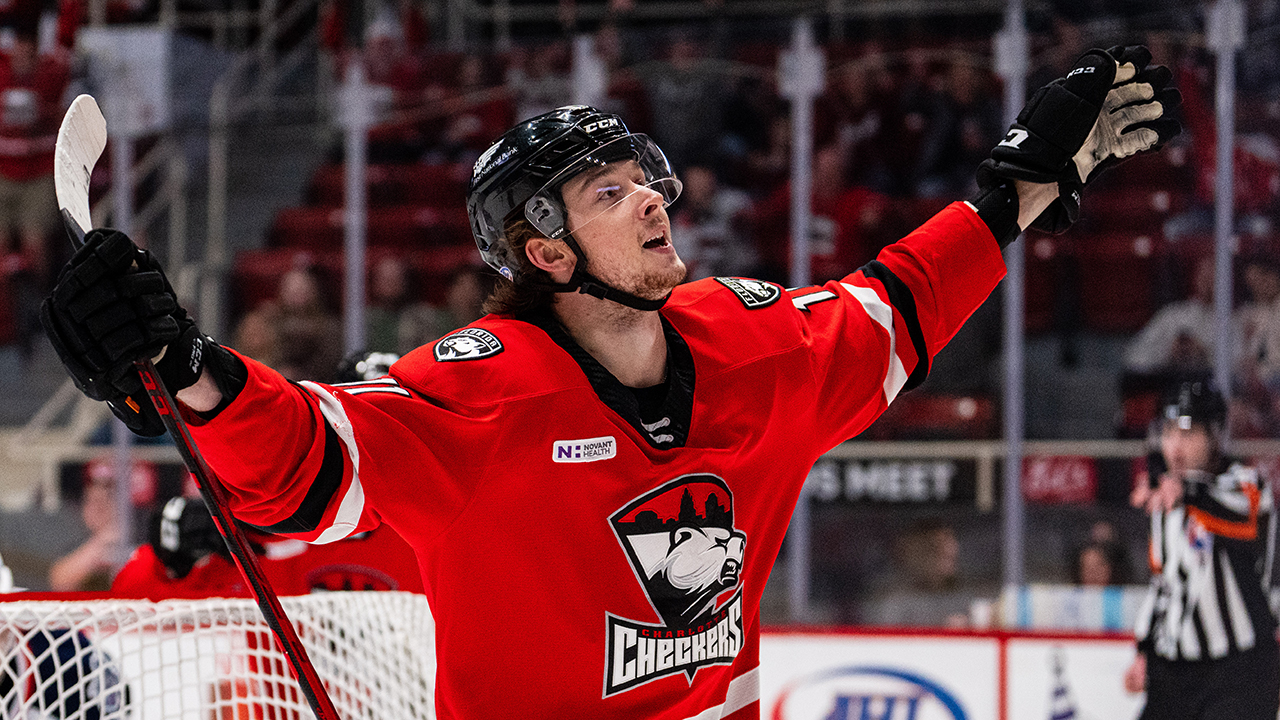 Three Checkers players may get an opportunity for NHL action as the Florida Panthers wrap up their regular season this week.

With a few of their regular players dealing with minor injuries, Charlotte’s primary NHL affiliate recalled forwards Cole Schwindt and Aleksi Heponiemi and defenseman Matt Kiersted on Wednesday. All three have already featured for the Panthers this season, with Schwindt making his NHL debut and Kiersted scoring his first NHL goal in the same Dec. 16 game against Los Angeles.

The Panthers’ trio are the latest Checkers to get late-season NHL looks, as defenseman Dennis Cholowski and goaltender Joey Daccord both played for the Seattle Kraken in Vancouver on Tuesday. The Panthers' last two regular-season games will take place on Thursday and Friday. The Kraken's last game of the season is Sunday.

Having a received a bye for the first round of the Calder Cup Playoffs, the Checkers will not immediately miss any of their recalled players. They will not play again at home until hosting Game 3 of the second round on Saturday, May 14, with Games 1 and 2 of that series to take place at the home of a lower-seeded opponent on to-be-determined dates earlier that week.

Schwindt (40 points) and Heponiemi (39) rank second and tied for third on the Checkers in scoring, respectively. Kiersted ranks fourth among team defenseman and first among rookie blueliners with 20 points in 63 contests.