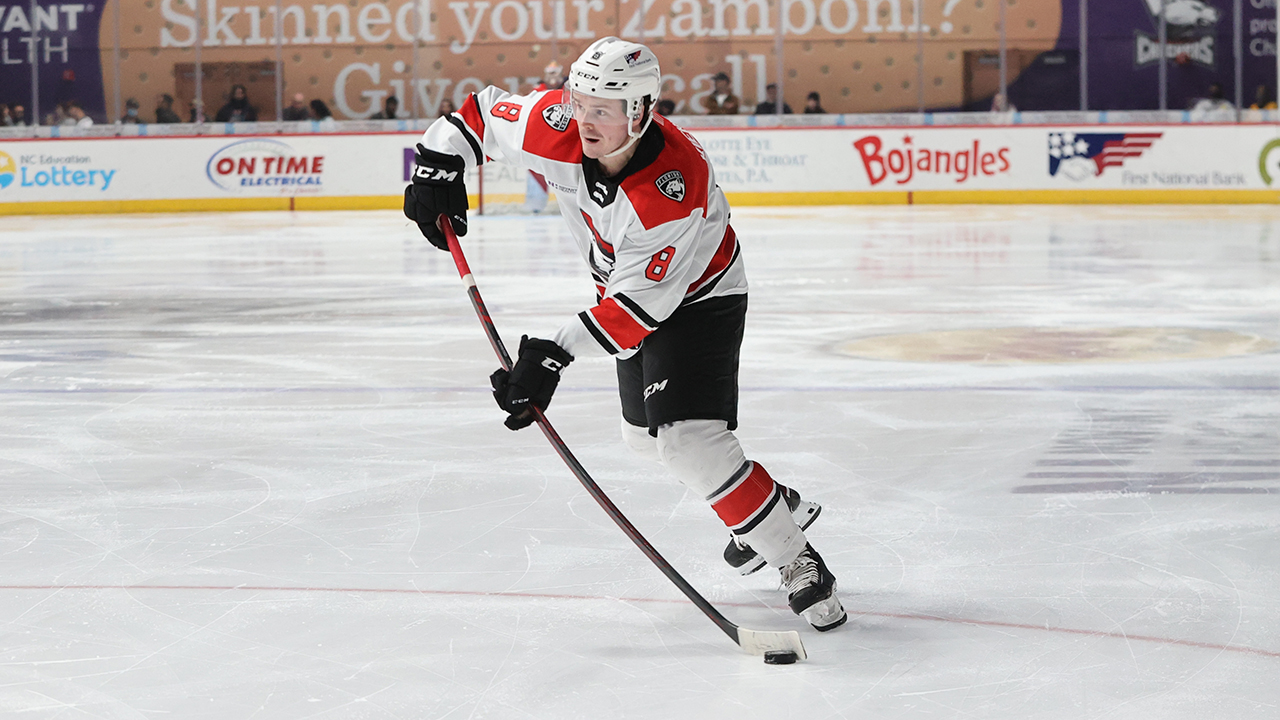 Matt Kiersted is staying with the Florida organization, as the Panthers announced Monday that they have signed the blue liner to a two-year contract - with the first year being two-way and the second year being one-way.

In his first full pro season, the 24-year-old logged 20 points (5g, 15a) in 63 games for the Checkers - a mark that ranked him fourth among team defensemen.

Kiersted also earned 10 games at the NHL level with Florida, picking up a goal and an assist along the way. That brings the Minnesota native’s career total to 17 NHL games, as he had a short stint with the Panthers at the end of his college career in 2020-21.

Kiersted now returns to the fold after becoming a restricted free agent at the start of the offseason.