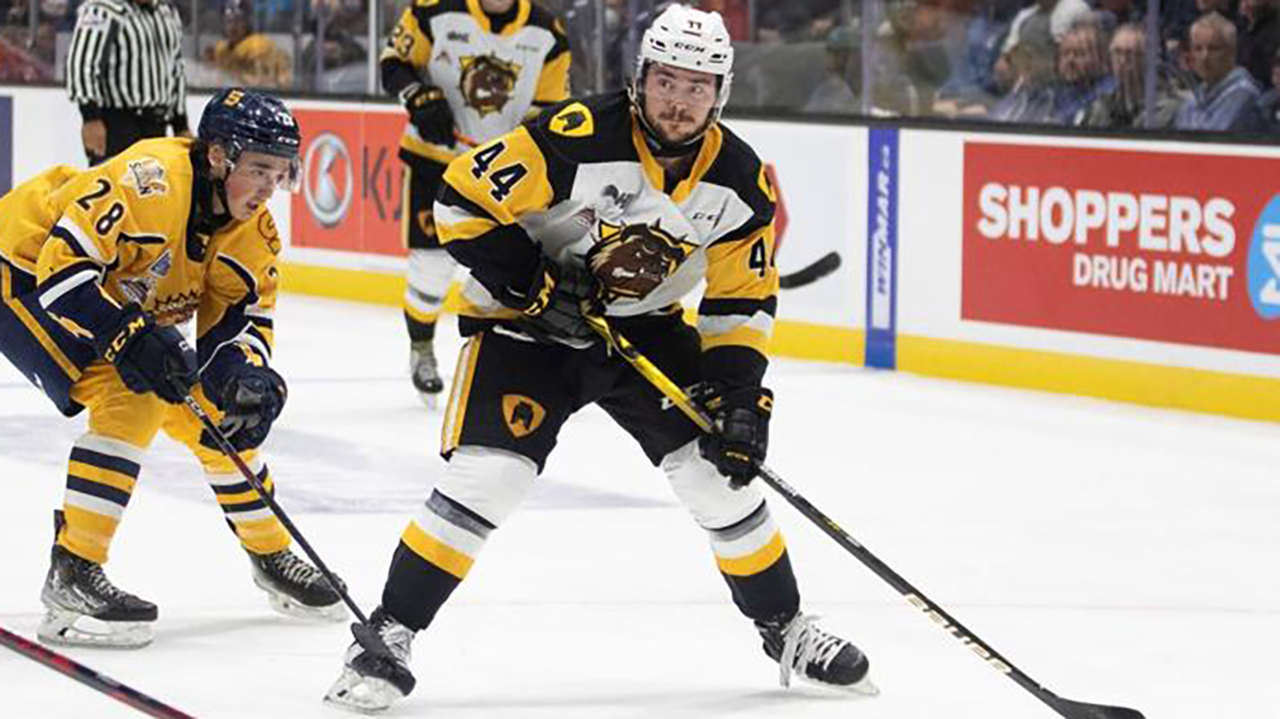 The reigning CHL Defenseman of the Year is joining the organization, as the Panthers have signed Nathan Staios to a three-year, entry-level contract.

Staios, 21, is coming off a standout season where he led all OHL blue liners with 66 points (15g, 51a) in 59 games, was named the OHL’s Most Outstanding Defenseman and earned a spot on the league’s First All-Star team - all while helping the Hamilton Bulldogs capture an OHL championship.

An undrafted native of Oakville, Ontario, Staios put up 148 points (33g, 115a) in 237 career OHL games over four seasons with Windsor and Hamilton. He also made his pro debut during the pandemic-shortened 2020-21 AHL season, suiting up for six games with the Utica Comets.