Panthers Sign Patrick Giles To AHL Deal For Next Season 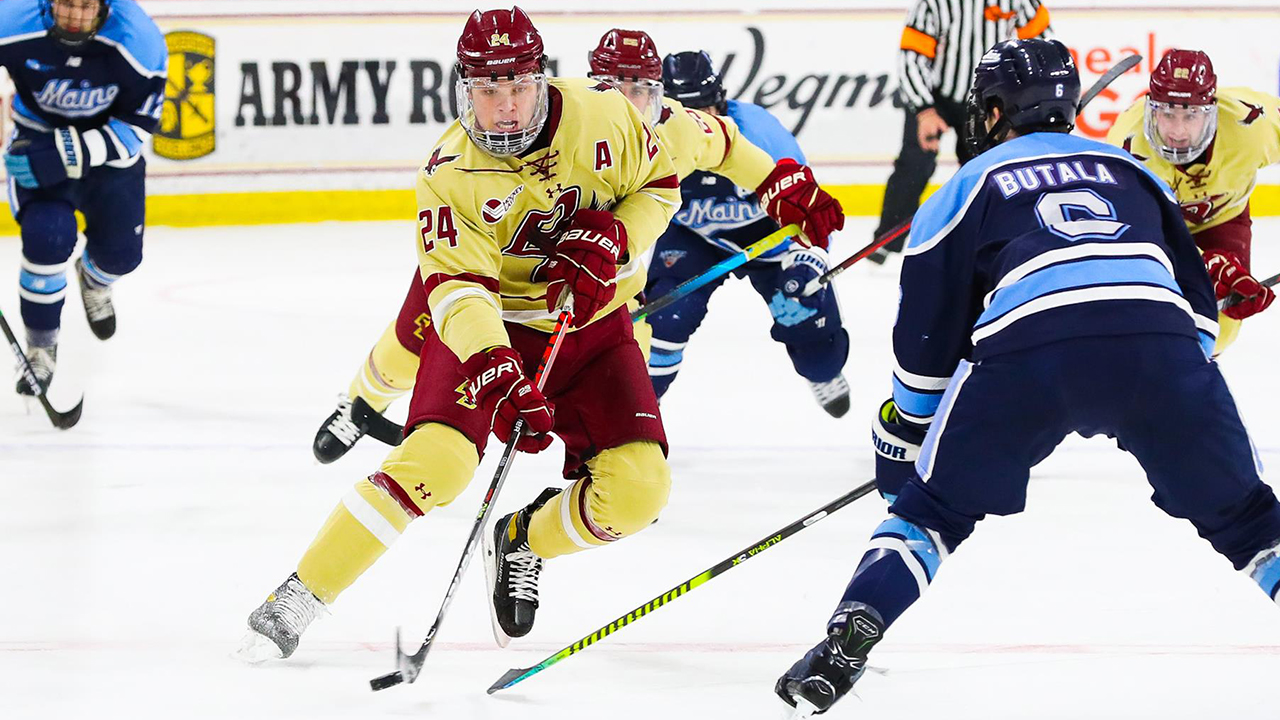 The Panthers have added another player out of the college ranks to their pipeline in Charlotte, signing Patrick Giles to a one-year AHL contract that begins with the 2022-23 season.

The 22-year-old forward will kick off his pro career this season, though, as he has signed a professional tryout contract with the Checkers.

Giles recently finished his senior year at Boston College, wrapping up a collegiate career that saw him post 45 points (22g, 23a) in 108 games for the Eagles. The Maryland native - who played alongside Logan Hutsko for his first three years at BC - ranked third on the team in goals this past season with 15 in 37 contests.

In another roster move, the Checkers have recalled Justin Nachbaur from Greenville.

The rookie was assigned to Greenville earlier this week and played for the Swamp Rabbits on Wednesday. Nachbaur has posted seven points (4g, 3a) in 10 games for Charlotte’s ECHL affiliate this season and has logged six games for the Checkers.