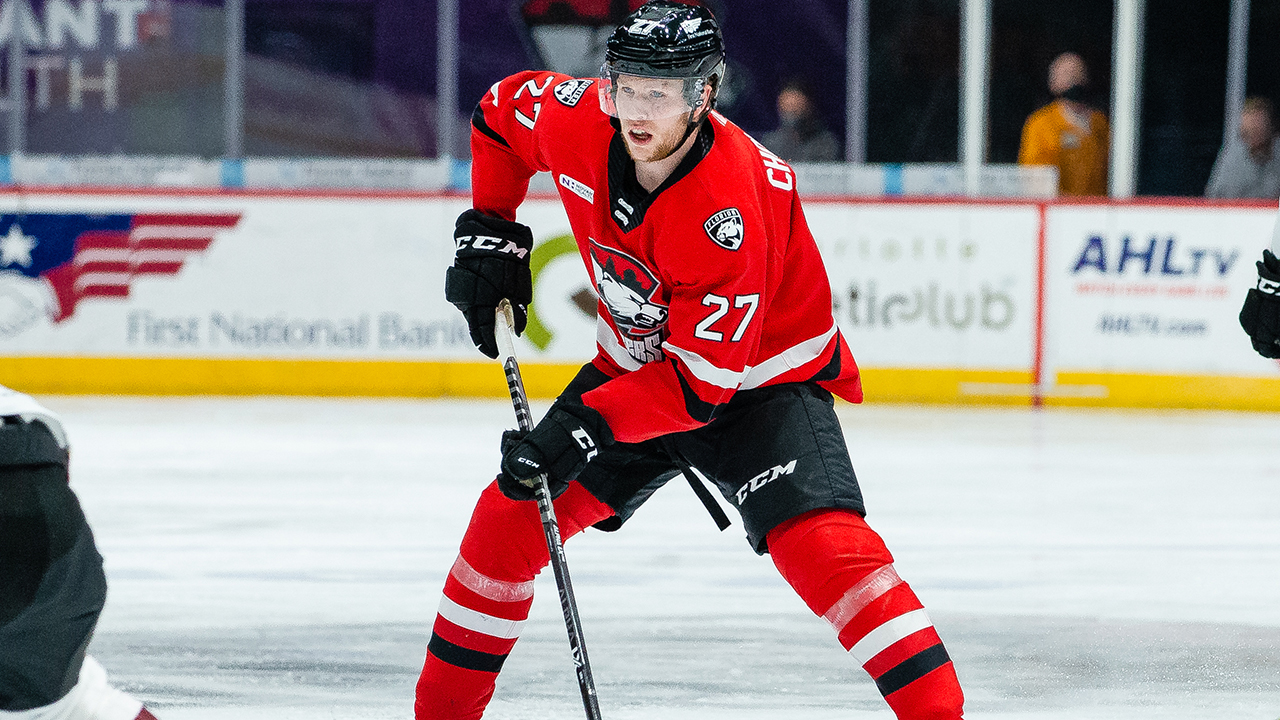 With their season coming to an end on Sunday, the Kraken have assigned Dennis Cholowski to Charlotte.

The blue liner made his Seattle debut and appeared in each of the team’s last four games, picking up two assists along the way.

Cholowski now returns to Charlotte, where he posted 18 points (3g, 15a) in 31 games this season.

Additionally, the Checkers have signed defenseman Ryker Evans to an amateur tryout (ATO).

The 20-year-old blue liner was a second-round pick by the Kraken in 2021 and signed his entry-level deal with Seattle two weeks ago. Evans finished his junior career with 131 points (25g, 106a) in 195 WHL games with Regina - this season he led all Pats defensemen in scoring and was named to the WHL East Division Second All-Star Team.

Since they earned a first-round bye by virtue of winning the Atlantic Division, the Checkers are awaiting their second-round opponent as the Calder Cup Playoffs kick off tonight.