Kyle Hagel Named Checkers' Man of the Year in the Community 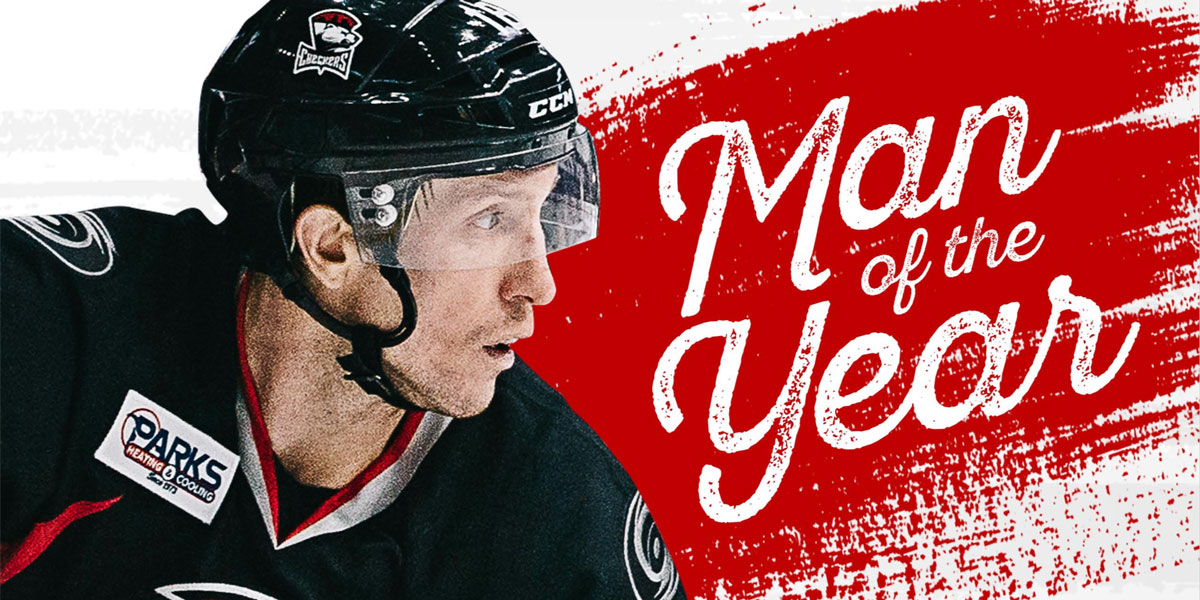 The Charlotte Checkers are proud to announce that Kyle Hagel has been named the team’s winner of the IOA/American Specialty AHL Man of the Year award for his outstanding contributions to the Charlotte community during the 2016-17 season.

Including time spent on his “Stick to Reading” and “Boys Book Club” programs, which he created, organized and implemented independently of the Checkers and on his own time at McClintock Middle School, Hagel totaled over 60 hours of time spent in the community this season. Much of this was done after undergoing surgery to correct a broken jaw and other bones in his face and suffering a concussion as a result of being struck with a shot at practice in February, and after welcoming his first child in March.

Hagel is now one of 30 finalists for the AHL’s 2016-17 Yanick Dupre Memorial Award, honoring the overall IOA/American Specialty AHL Man of the Year. The league award, which Hagel won with the Checkers in 2015, is named after the former Hershey Bears forward and AHL All-Star who died in 1997 following a 16-month battle with leukemia. The winner of the Yanick Dupre Memorial Award will be announced by the American Hockey League at a later date.