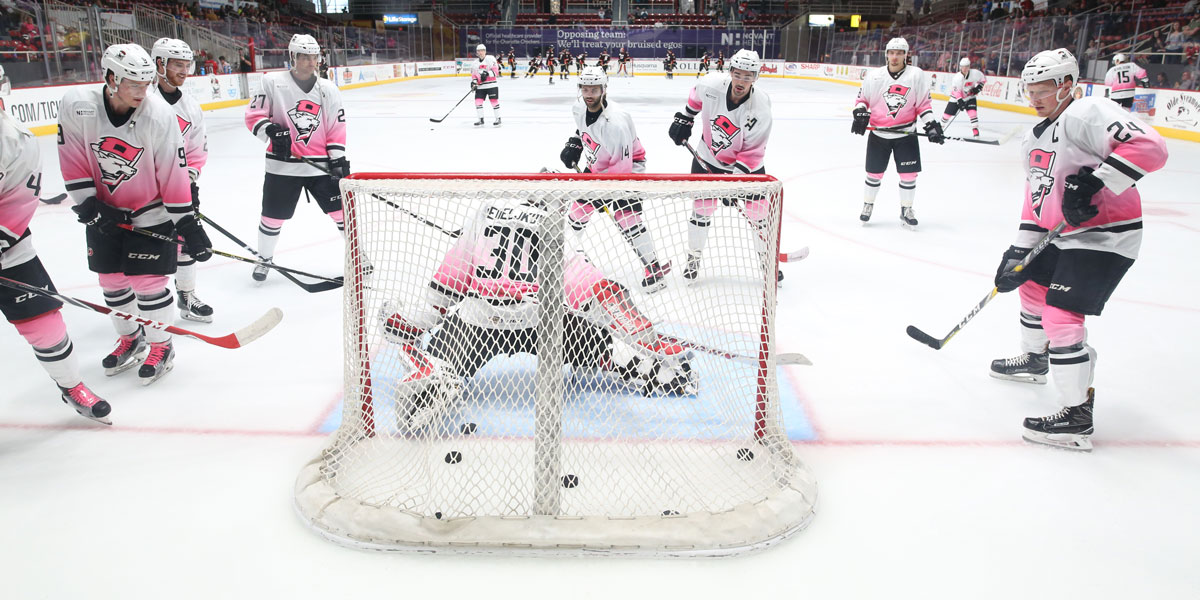 The Charlotte Checkers today announced that their annual Pink in the Rink event, presented by Novant Health on Feb. 11, raised $27,000 for the fight against breast cancer.

With this season’s event marking the 11th consecutive season in which the Checkers have hosted a Pink in the Rink event, the team, its fans and its players have now helped raise a total of $342,000 for the cause.