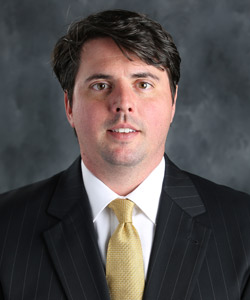 Wilkinson returns to the Checkers after eight seasons behind the bench in the ECHL. The winningest coach in ECHL Checkers history, Wilkinson compiled a record of 237-182-42 (.560) while guiding the team to the playoffs in his last six seasons. The former player was the first ever goaltender drafted by the Tampa Bay Lightning (7th round, 145th overall, 1992) and appeared in 22 NHL games from 1995-1999.

Wilkinson oversees all hockey operations between the Panthers and Checkers, including but not limited to managing personnel, the club’s collective bargaining agreement negotiations and responsibilities and its hockey operations budget.