Vice President of Marketing and Communications 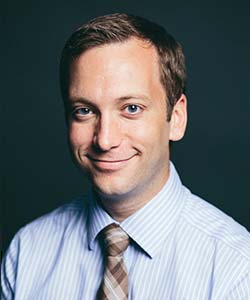 Branecky, who joined the Checkers as director of digital media in 2011, assumed the role of vice president of communications in June 2014 and moved on to become vice president of marketing and communications in 2018. In his current role, he is responsible for the team's overall marketing, public relations, media relations, website and social media efforts. In 2019, he earned the Ken McKenzie award as the AHL team executive who most successfully promoted his or her team during the previous season. In doing so, he became just the third person to win that award in the same season that their team won a Calder Cup.

Prior to joining the Checkers, Branecky spent six seasons with the Carolina Hurricanes. After joining the team as an intern for the 2005-06 Stanley Cup championship season, he went on to become the senior writer and digital media producer, where he was responsible for all aspects of the team's website. He also provided comprehensive daily coverage of the team.

A graduate of South Mecklenburg High School, Branecky lives in Charlotte with his wife and three children.